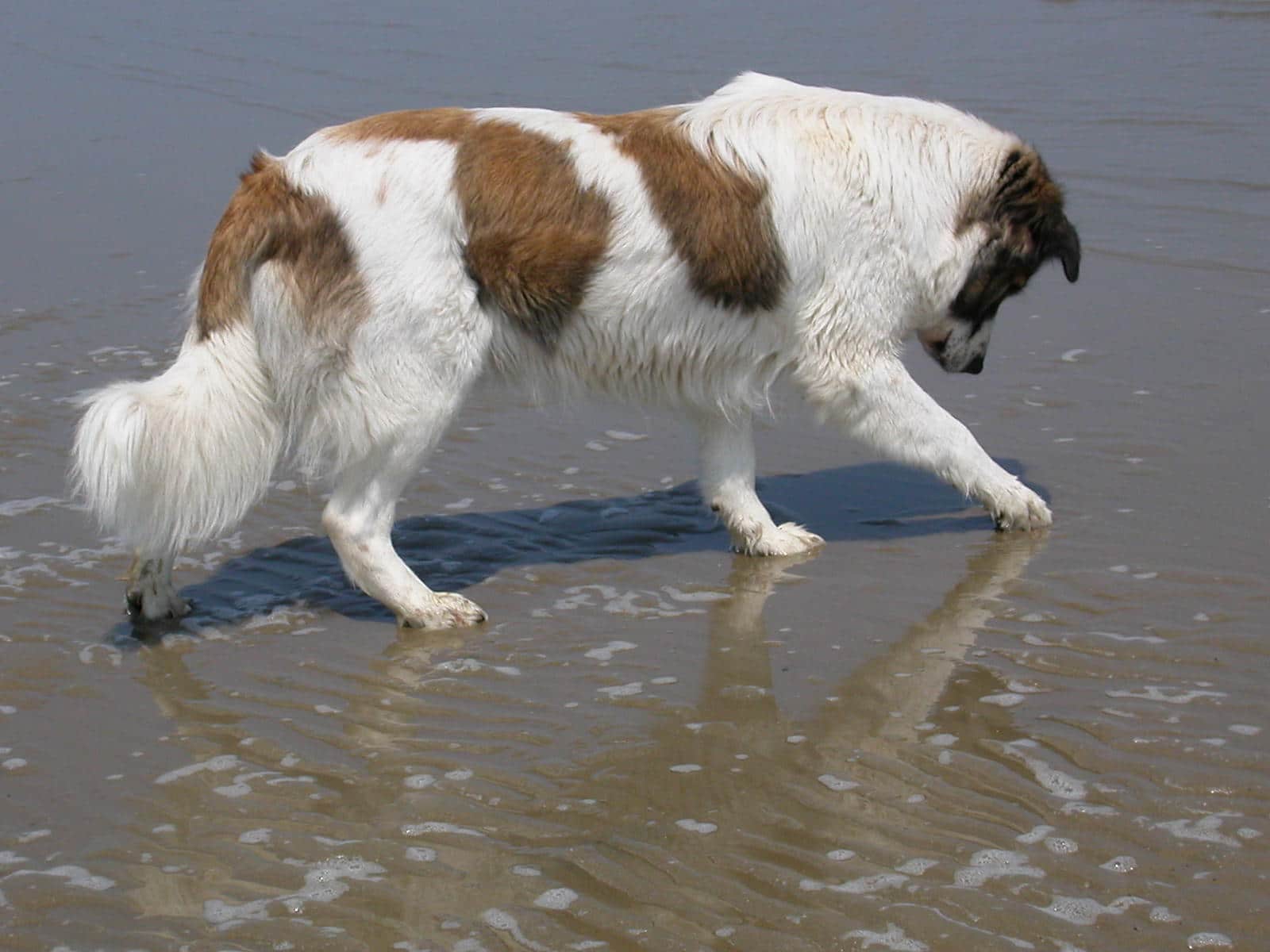 The Aidi is highly energetic, protective and extremely vigilant. Despite its resemblance to Sheepdogs, The Aidi is not one of them because there are no sheepdogs from the Atlas.

Coexistence is important that you have with your new friend. Before considering the acquisition of a dog of the breed"Aidi – Atlas Mountain Dog" you know certain factors. Not all breeds of dogs are apt to live in an apartment, you must take into account his character, their need for exercise, their interaction with other pets, their care and if you have small children, their level of tolerance towards them.

The Aidi or “atlas dog” It is a breed of dog of Morocco. Traditionally, It has been used by the Berber shepherds of the Atlas as dog. Also stands out for its developed sense of smell.

El Aïdi is recognized as coming from Morocco, probably originating in the desert of the Sahara.

The Aidi it is not a sheepdog, There are no dogs pastors in the Atlas. It is a courageous dog, He has lived and worked in the Atlas of Morocco, Libya and Algeria, to protect its owner and its herd of wild cats, other predators, as well as strangers who crossed their path. A protective dog of the nomadic tribes of the desert, characterized by its high alert and aggressiveness that used to monitor the camp at night.

It is equipped with a great memory, If a person has made an affront, the Aidi will always remember him as an ENEMY!

The Aidi, Historically, It has not been much appreciated by the tribes race, like other races. Always rated the Sloughi race and other races regarded as noble.

However, Moroccans have recently formed a club to protect the purity of the race, that has contributed in many roles in their society, as protector, Hunter, dog Police, and as a pet. Although the Aidi has been used primarily as a working dog, for quite some time already, often used as a hunting dog.

Despite its resemblance to a sheepdog, the Aidi It is not one of them since there are no shepherd dogs from the Atlas.

The Aïdi it is robust and powerful, with a body height of 52 a 62 centimeters. He is very muscular, rustic and strong, but it is not heavy. The broad and strong head shows small hanging ears and medium-sized dark eyes., whose colors vary from dark amber to golden brown. The tail must reach at least to the hocks. In rest position hangs relaxed. In motion, the Atlas Shepherd you should carry it cheerfully, but not constantly curled over the back. The thicker and hairier the tail, best.

The Atlas Mountain Dog moves with wide and fairly flat movements. In a small and fast jog he seems tireless. The fur, which is otherwise medium long, is clearly shorter and finer on the face and ears. In the neck and throat form, especially in males, a mane. The colored strokes of the Aidi they are very varied. Often the fawn, brown and black combine in the coat.

It's a domestic animal (urban) and very good if given tasks and makes enough exercise to be satisfied and happy.

Nothing escapes your watchful eye and you don't hesitate for a second to avoid danger. Guarding and defending the goods entrusted to him is in the blood of Aïdi. Does not know fear and is very efficient in risky situations. In the circle of your family, the awesome Atlas Mountain Dog is loyal, well educated and affectionate. Outside this close circle of family attachment figures, not very sociable.

In France, the independent centre of education is working to train him to accompany and guide the blind.

One Aïdi you need a task that you can live with all your guardian passion. The most affectionate social contact with your family should not be neglected. The Aïdi not a herding dog in the sense of European herding dogs. Protecting the herd is much more in line with their innate passion and nature. His education requires calm, patience and tolerance. With the “drill” nothing can be achieved at all with the Aïdi and you can't expect reliable obedience to this breed, extremely, independent.

The care of the coat is however undemanding. Bushy hair, about six centimeters long, protects you like armor when fighting predators and is content with occasional brushing. In its natural form, the coat optimally adapts to extreme weather conditions, from hot to bitter cold. So, you should not cut it in summer under any circumstances.

In some regions it is customary to shorten his ears, but this practice is discouraged by the standard