Arnie, a stray cat known for his extraordinary talent as “Babysitter” animal babies and abandoned, taken to Linton Zoo, in the southeast of the United Kingdom, died last week. Favorite creatures of Arnie were Lion Cubs, He cared for the four adult Lions in the Zoo, as well as some of their puppies. Arnie wandered toward the zoo in the year 2000 and quickly made its way into the hearts of the staff of the Zoo. The name of Arnie shot to fame after leaving photos of him with a lion cub in the international headlines. Even after being the center of attention, Arnie didn't let that fame ascended to the head. He continued in his role as friend of all, greeting to the guests of the Zoo (especially to those who took him sweets), Pest controllers, and staff.

Linton Zoo staff describe Arnie as a “Garfield”, whose exceptional personality not only the people who loved him will miss less, but all his animal friends at the zoo – especially the animals that cared for over the years. Rest in peace, Arnie.

Read moreArnie, a stray cat known for his extraordinary talent as a nanny

This cat seems to have no limit to demonstrate his appreciation to his impassive friend of cold blood. This not correspondidos loves seems to not matter at all to the minimal. 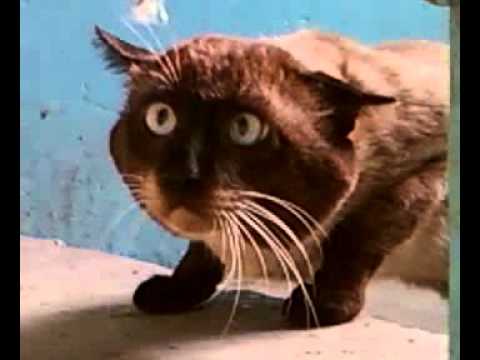 This is a riddle for you and a tribute to all the cats that live on the street.

The one on the photo (If they discover it) you have found the form that anyone bothering and there is throwing is the media siestecilla tomorrow, totally camouflaged.

How to enjoy the photo and find the cat!! At first it seems that the last thing he wants the baby Connar, While cries and is twisted, It is that a cat appears and starts to play with it.

But this funny video shows how Stewie, as well is called the cat, He manages to send his new friend to sleep after some careful and patient caresses.

The video ends with Stewie staring at the camera with great pride for what has been done. The inhabitants of the small American town of Sharon, in Wisconsin, they chose a cat as Mayor. During its usual business day the ' Chief’ the city receives visitors and inspects the territory.

The story began when an employee of the Mayor's Office was fed a kitten who lived next to the administrative building. The animal, known as Freddy, He soon started to wait for the woman every morning at the gates of the City Hall. The inhabitants of the city wanted the cat and he appointed the city talisman, but then they decided to give him a more important title and he appointed mayor.

It should be mentioned that the town of Sharon, in which they live a 1.500 people, It is rather peculiar and even its own President, Although in this case it is a person. The new mayor enjoys respect its neighbours, and meet him in the streets is considered a great honor. Cars always stop when the "senior official" crosses the street.

Was lost in 2006 in Colorado, and appeared in New York.
The microchip that is under the skin allowed to identify the animal.

A cat who disappeared from his home in Colorado five years ago has appeared in a Manhattan Street, in New York. The animal will be returned to the family thanks to a microchip which was under the skin and allowing the identification of their owners. These, that he thought not recover it, wonder where Willow lived all this time and how it could go 2.575 kilometres that separate their house in the city of skyscrapers.

Read moreThey recovered to its CAT five years after losing her and 2.500 miles from home