I talked about it to the problem months ago involved the abandonment of pets, not only by what this vandalism Act is already in itself, but because in addition in many cases demonstrated that it is put at stake the lives of other people. 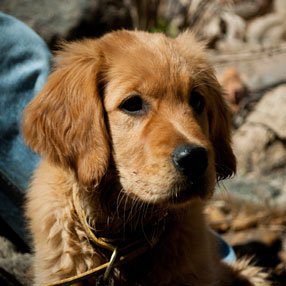 I was referring to a study that had made theDirectorate-General for traffic new window (DGT) in which they told us that the invasion of animals on the road caused more than 12.000 traffic accidents in 2008 on Spanish roads, of those who 2.899 they were caused by abandoned dogs, it caused 168 victims (a dead man, 26 serious injuries and mild 141heridos).

Starting with these shocking data, tell you also that the 33% the animals abandoned in Spain each year are from unwanted litters of puppies, as he has told us the National Association for the defence of animals (ANDA).

And although the measure proposed sounds like something lasts, Perhaps it can be a path more than help to resolve the problem. To combat this problem, the Association commitment to subsidize the sterilizations. "It ensures that Spain would squander billions Euros with its mistaken policy of abandoned animals collection".

According to ANDA, the crisis "is is noting also in the field of animal protection", "Although not so much on the increase in the number of animals abandoned in the decrease of aid".

According to, many municipalities have decided to deal with the collection of animals abandoned to private enterprises "normally choose to slaughter the animals within the time limits established by law", "before that can be adopted".

ANDA considered that administrations "them it would much more profitable to subsidize the sterilization of pets". With this, avoidance of unwanted litters, "that one of every three retirements in Spain is a puppy".

"While we do not act in this sense", "Spain will be presenting one of the highest figures for abandonment of pets in Europe and we will have to continue funding the collection and sacrifice of thousands of animals in a vicious circle without end".