Silvina wheel had lost to Peter, a Mongrel dog's advanced age adopted does 2 and a half years, After that rescued him from a house where they had it abandoned to their fate. At that time it was salty, He had a wound infected on the back and their former owners even came to hit a shot to kill him and literally "remove it off".

Achieve a so old dog, almost no teeth, recovers, required a huge effort.

For this reason, When does 15 Silvana days returned home of Lamadrid to the 400 and found the open grating couldn't believe it. Pedrito had escaped.

After two weeks of intense search, a pair of mascoteros found him in the La Carrindanga road, a few meters from the sesquicentennial road bridge, with a leg wound, among other signs that well not had spent it very.

When he received the call by phone Silvina was to search for it in the car, loaded it and on the way to the veterinary medicine, It starts an incredible conversation with his friend. It asks what happened and the dog seems to reply to you telling her ordeal and the suffering that had. 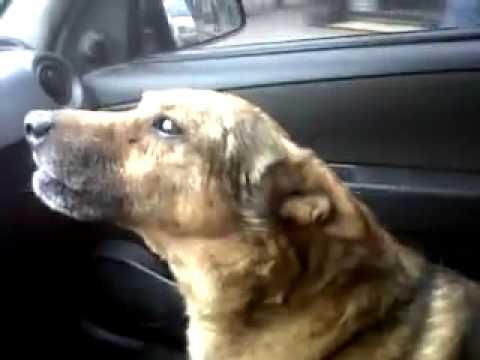