History, physical characteristics, character and skills, pictures and videos of dog breeds that begin with the letter A

The domestic dog (Canis lupus familiaris o Canis familiaris) He is a member of the genus Canis (canines) formed from the evolution of the wolf, being the most abundant carnivore. The dog and the existing gray wolf are related.

The dog was the first domesticated species and has been selectively bred for millennia for various behaviors, sensory and physical attributes capabilities.

His long association with humans has led the dogs to be in tune with human behavior, They are able to thrive on a diet rich in starch that it would be inappropriate for other species of canidae. Dogs vary widely in form, size and color. Many roles, such as hunting , grazing, pulling loads, the protection, assistance to the police and army, companionship and, more recently, helping people with disabilities. This influence on human society has given them the nickname “Man's Best Friend”.

Type dogs Affenpinscher They are known since about 1600, years. At that time, 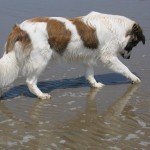 The American Cocker Spaniel is coachable go, friendly and playful, and loves to splash around in the water. 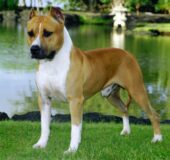 The American Staffordshire Terrier an Amstaff (different to the American Pitbull

The Appenzell Cattle Dog (Appenzeller) is a race

The Australian Cattle Dog is rustic unperro, robust and without health problems.

The Australian Cattle Dog It is a dog originating in australian.

The Australian Shepherd It has a stable temperament and is good in nature.

The Australian Silky Terrier It is not appropriate to live with other smaller pets.

The Australian Silky Terrier is a dog originating from

The Australian Terrier is a lively dog, attentive, with a facial expression that denotes intelligence.

The Australian Terrier is a breed of dog

The Austrian Pinscher descends from old Austrian Landpinscher, it was still widespread in the