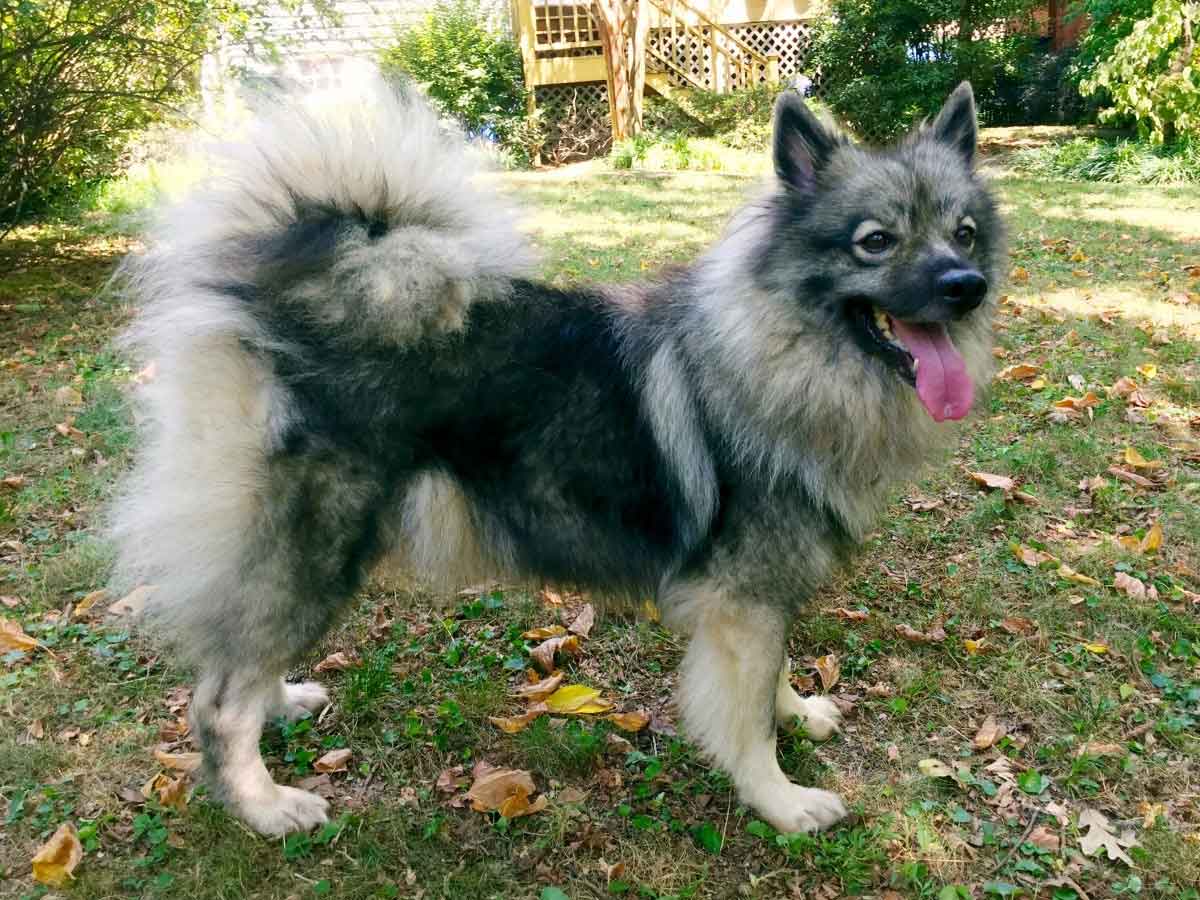 In southern Europe it has been known for very recently, and is likely to succeed when its qualities are discovered.

The Finnish Lapphund is a robust archetype of dog. In his native Finland he is called Suomenlapinkoira, which is also his official name. In Germany his friends call him Lappi To abreviate. He originally comes from the herding dogs for the reindeer herds of the samis, Laponia, the settlement area of â€‹â€‹the Sami, extends over large parts of the northern Scandinavian peninsula. Herding the fast and agile reindeer in the rugged landscapes around the Arctic Circle is no easy task. Like this, over many centuries, an extremely robust and reliable working dog was created. Apart from grazing, the Finnish Lapphund accompanied humans during the hunt. In the fields he guarded and protected the families of the samis, who had lived as nomads for a long time. In the shops he warmed his people at night.

This dog, that we hardly know today, it is one of the oldest dog breeds described in literature. Already the great Swedish natural scientist Carl von Linné described the Lapp dog about 1750 with the highest recognition, to mention just one example. About 1900 the Finnish Lapphund was discovered by local Finnish and Swedish dog lovers as a companion dog. It had already become very rare then. First there was the problem of finding the right dogs to create a kennel according to the ideas of modern pedigree dog breeding.. Because the Finnish Lapphund it was a little different in each tribe sami and as in all ancient races, was quite diverse in itself.

A first definition of race was made in 1945 by the Finnish Kennel Club. There he was still called the lappish herding dog. In 1955 was officially recognized by the fCI (International Cynological Federation). In 1967 the name was changed to Lapphund. In 1993 received its current name from Finnish Lapphund. Like the name, also changed the determination of this original and ancient type of dog. Of the herding and hunting dog, modern breed dog breeding made a companion. The appearance was unified and her coat was made considerably longer. However, has remained the herding dog, since he has lived for thousands of years as a companion of samis.

This rustic and very exciting dog is enjoying, with good reason and luck, growing in popularity in recent years.

The Finnish Lapphund is a medium-sized representative of the original type dogs. It is a classic Nordic dog, which still shows its former role as a herding dog for herds of reindeer, hunting dog and guard dog. His charisma is breathtakingly sovereign. The Finnish Lapphund currently has a long and robust coat, insensitive to weather. It is a double coat with a rough top coat. It should not be curly. Males also have abundant mane. All coat colors are allowed, but a basic color must be clearly recognizable.

The Finnish Lapphund It has a height at the withers of about 49 centimeters in males and 44 centimeters in females. It is valid that the type is more important than the size. Weight is not prescribed by the standard. Their ears are usually upright. The tail is of medium length and abundantly provided with long hair.. In movement the tail should be curved over the back or to one side, at rest it can be carried hanging. The official standard describes the current Finnish Lapp in this way:

A little smaller than the average size dog, of strong constitution in relation to its size, whose body length slightly exceeds the height at the withers.

The Finnish Lapphund has remained a typical northern dog in its nature. He combines originality and familiarity with his humans in a special way. The Lapp is not a “one man dog”, Although initially reserved with strangers. Usually announced with loud barks . It is a friendly member of the whole family. Has the qualities of a working dog and a family dog â€‹â€‹at the same time. However, this requires certain storage conditions (see below). The Finnish Lapphund it still has the features that have made it indispensable as a versatile village helper sami for thousands of years. So it can be understood that this original dog finds its way in the modern world without any problem and is even used successfully as an assistance or therapy dog..

The Finnish Lapphund he is a great companion, simple and docile that radiates a fresh character, rustic and sovereign. it's very peaceful. In general, there is still a lot of hunting instinct alive in Lapps. However, this is pronounced individually very differently. In any case, should generally be easy to control with a bit of common sense. The official standard briefly describes its nature as:

“Sparkly, brave, calm and eager to learn. Peaceful and trustworthy”. The Lapp is a great friend who deserves a much more important role in the world of dogs. The Finnish Lapphund caresses the soul of his master and caretaker.

The Finnish Lapphund easy to train and manage. He is very willing and sometimes forgives mistakes. So it is suitable like hardly any other Nordic dog also for a committed beginner.. The Finnish dog it is not a dog for a flat. The ideal would be a house with a garden. Because at Lapp he likes to stay out, where you want to spend the night or in winter you like to roll up and have it snow. A great experience. The garden should not be thought of as an ornamental garden. To the Lapps they like to dig and dig a little cave.

The Finnish Lapphund they still have the qualities of a herding dog and can still do this job today. However, unlike many other ancient herding dog breeds, is undemanding and does not need constant employment. However, likes to accept challenges, also in the different disciplines of sport for dogs. To the Lapps they do very well as tracking dogs. The lush fur of the Finnish Lapphund requires intensive grooming, especially during the change of coat in spring and summer. Then, especially your house, his car and his clothes will be full of his long hair, even if you brush it every day. The Lapps they are very family oriented and very child friendly. They are excellent companions and at the same time bring a piece of wild nature into our lives..

The Finnish Lapphund is very eager to learn and to learn and turns to us humans. So that I can be well trained. However, you have to accept the challenge, even love him, to mentally engage with this original dog, self-confident, to empathize with his character. Not only will you accept your caregiver, it will also be dedicated to him. You have to get fully involved in the experience with this confident breed, typically Nordic herding and guard dogs.

Through a loving but consistent upbringing, you Lappi must be aware of his position in the family from puppyhood. It is ideal if you are active with your Lapp dog in dog sports or follow-up work. In this way, you can experience this wonderful experience of an intimate bond between man and dog, especially when you have a close and intimate relationship with your dog.

The lush, double coat of the Finnish Lapphund requires intensive care, especially during the change of coat in spring and summer.

The Finnish Lapphund it is a robust breed of dog. Due to the very small breeding base, be aware of consanguinity and the results of predisposition tests for inherited diseases. Serious breeders will be happy to provide this data.

The Finnish Lapp he has no problems in his nutrition.

The life expectancy of a Finnish Lapland Dog

The breed has a life expectancy of more than 12 years according to the Kennel Club.

If you are interested in a Finnish Lapphund, you should get information from a local breeder affiliated with a Nordic Dog club. You should plan here long term, because puppies from serious kennels – and only the ones you should buy – they are hard to get. A puppy of this breed costs around 1.200 EUR.

Coexistence is important that you have with your new friend. Before considering the acquisition of a dog of the breed "Finnish Lapphund" you know certain factors. Not all breeds of dogs are apt to live in an apartment, you must take into account his character, their need for exercise, their interaction with other pets, their care and if you have small children, their level of tolerance towards them.