History, physical characteristics, character and skills, images and videos of the cat breeds that begin with the letters O-P-Q

Although it seems that the name implies that montes belongs to the cat hybrids, the ocicat is a fortunate accident dating

It is one of the newest breeds of cats, was recorded for the first time in New Mexico in the mid-1980s of the 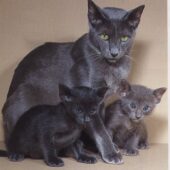 Began to raise in United States in the middle of the 70, Although ten years earlier it had been recognized in England, by what

In 1985, in the Sholine of Houston gatería, Texas, United States, an oriental short hair and a Balinese escaped

The name of this breed can create confusion. Quite unlike the East and long hair of the angora 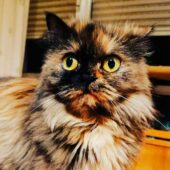 Middle long-haired cats are still a symbol of status from the first time that they arrived in Europe. They were

Colourpoint Persian has the complexion, the face and the fur of a Persian, and

The pixie bob cat history begins in 1985, in the shadow of the Cascade Mountains of Washington, Carol Ann Brewer