History, physical characteristics, character and skills, images and videos of the cat breeds that begin with the letters R-S

The exact development of the RagaMuffin is a little uncertain. They were developed from cats Ragdoll in the Decade of 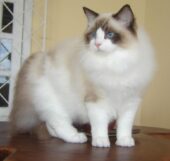 The ragdoll is possibly more strange and controversial of all the races history.

In the Decade of 1960, the American breeder Ann 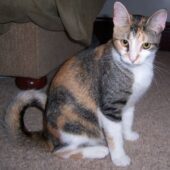 The American Ringtail is one of the most recent cat breeds existing without registering, at this time as race in

The Russian Blue was already accepted makes tiempc as a natural blue race, like e Chartreux or the

The black Russian was created in 1971, derived from the Russian Blue, and they were accepted as true Russian cats in Australia. These hybrid colors

The Burma is sacred or “sacred cat of Burma”, as it is known in its country of origin, is a very special cat in the

DNA tests conducted by the University of Davis, California, They seem to have established that there are two types of cats of 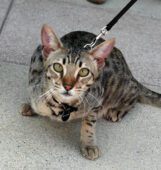 This race, It started as a crossing of an African serval and a domestic cat, It was produced in the Decade of 1980 by

It comes from a mutation in a litter in Wyoming ((UNITED STATES)UU.) in 1987 He gave the cat an abundant coat with hair and

It is one of the most easily recognizable breeds of cat. Its pointed coat pattern originated as a mutation in Asia to the

As other breeds of cats big and hairy, It is the result of the harsh climate of its

Over time there have been cats that respond to the general description of the singapura cat populations of free reproduction of Singapore. Are

Many of the first Siamese twins they have white fingers, or other markings, He eradicated over time. In the Decade

The Sokoke cats is one of the few recognized breeds that are of natural origin. It is native, means that

A common belief about the Somali people is that they are direct descendants of the Egyptian sacred Gaul. But the truth is perhaps less fascinating. The

The Sphynx, or cat Sphinx, It is a breed of cat whose most striking feature is its apparent lack of

The Sterling cat is named, probably, for its silvery appearance (“Plata de ley”). The color of the fur is impressively luxurious.