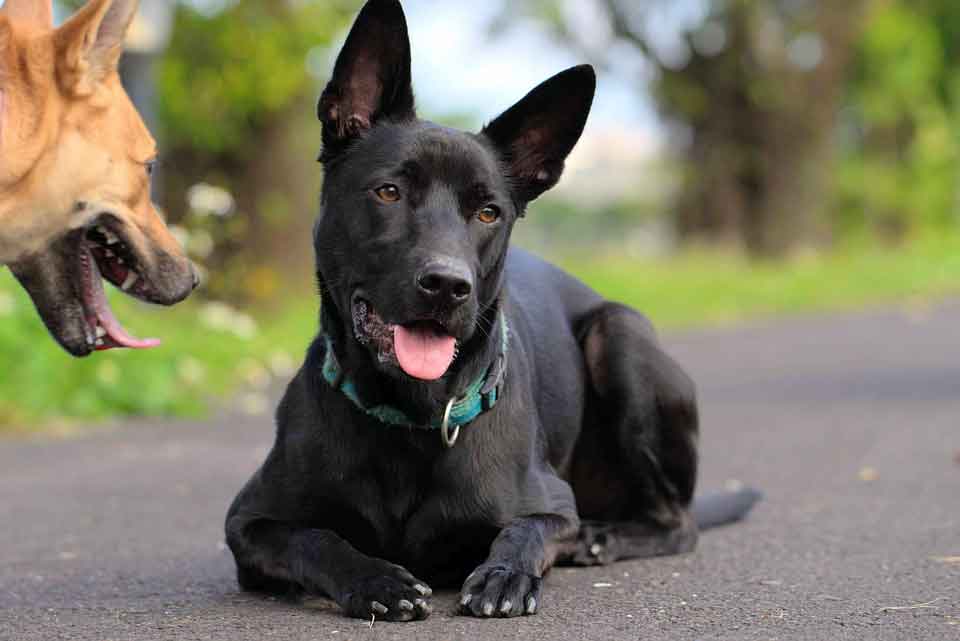 The Taiwan Dog is sponsored by Japan.

In 1980 the breed was the subject of a study by the University of Taiwan, Gifu University of Japan and Nagoya University. The aim of the study was to find out the origins of the Taiwan Dog. To do this, the students examined 29 indigenous dog breeds and concluded that the Taiwan Dog current is a native breed that actually descends from Southeast Asian hunting dogs. This Asian dog breed is now popular throughout the island as a guard and companion dog.. In 2004 was officially recognized by the FCI.

The males of Taiwan Dog reach a withers height of up to 52 cm.. When fully grown they weigh 18 kg, while the females are about 5 cm smaller and 2 kg lighter. Muscular animals characteristically move with very wide strides, but they are fast and agile due to their pronounced musculature. The Taiwan Dog has a very tight coat of about 1,5 - 3 26cm in length. A variety of colors is allowed, including black, striped, yellow, white, black and white or white and brindle. Sponsorship of the breed was taken over by Japan.

Sociable and loyal hunting companion.
His brave and intrepid character serves the Taiwan Dog in his role as hunting dog. Animals are known for their quick perception and the fact that they are faithful and loyal to their master.. They are also suitable as guard and dressage dogs and are considered extremely sociable.

They adapt very well to the environment and that is why they were able to live so incredibly well with primitive peoples in the past.. In addition, these dogs can survive in the desert in the middle of the mountains, they can stand out excellently and can cope with almost all situations. All these strong qualities can be traced back to his previous harsh life with the prehistoric peoples of the mountains.. Your skills are also improved by working together with people. This builds trust between the dog and the man., friendships and shared experiences. The Taiwan Dog they are big and simple family dogs. Because of life in the desert, do not have a great demand for food. The Taiwan dogs they can even be used as protection dogs and as police dogs, because they have this unmistakable good sense of smell and are ready to defend themselves.

Until today these dogs are known mainly in the Asian region. In Europe they have not been able to arouse comparable popularity so far.

The Taiwan Dog are extremely resistant to disease.