History, physical characteristics, character and skills, images and videos of the cat breeds that begin with the letters D-E-F 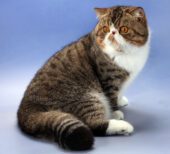 The exotic is the result of an experiment that went wrong. The breeders were trying to create an American short hair with fur

The European short hair short hair corresponds to an average European domestic cat, It has developed course, without any plan of

The Dragon Li He is regarded as a domestic breed of wild subspecies of the Chinese cat, Felis silvestris bieti. It was recognized by 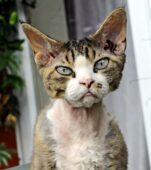 The origins of the Devon Rex They consisted of a mutation of the curly hair, succeeded in Devon in 1960. This race 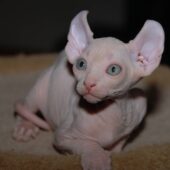 The Elf they have been researched and developed in the United States.UU. by the breeder Karen Nelson. A solid foundation has been built using lines of

This cat is frankly scary. It embodies an Egyptian curse, non? Personally, I do not think that this breed of cat can coexist with me one day. I surely afraid to return home.