The American Polydactyl Cat is specifically bred to have extra fingers, for his temper, your good health, and its color or size.

A “polydactyl cat” It is a cat with a physical defect called polydactyly (or polidactilismo, also known as hyperdactyly), a type of genetic mutation that makes the cat born with more fingers than usual in one or more of its legs.

These cats are very hardy and can survive even in time of snow.

They reached the United States on Board of ships in the colonial era. Stayed them for sailors who considered as the lucky pets when they were in the sea.

Historically, polydactyly represented the 40% of the population registered among Maine Coon. Stated that the extra toes acted as snowshoes, to help these cats resistant to negotiate the snowfall in the harsh winters of New England.

Cats polydactyls It can be found in any race, but the American Polydactyl Cat is specifically bred to have extra fingers, for his temper, your good health, and its color or size.

How many fingers can a cat have on one paw? 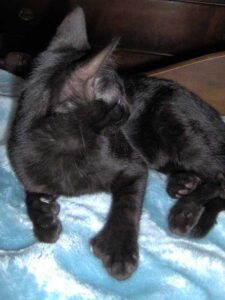 The American Polydactyl Cat he is medium to large in size and has a strong and muscular body. 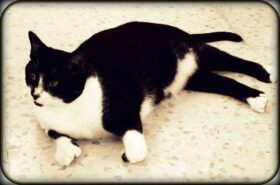 The American polydactyl cat adapts very well to life indoors or outdoors, or a combination of both. They are outgoing pets, and they are said to be loving and patient even with children.