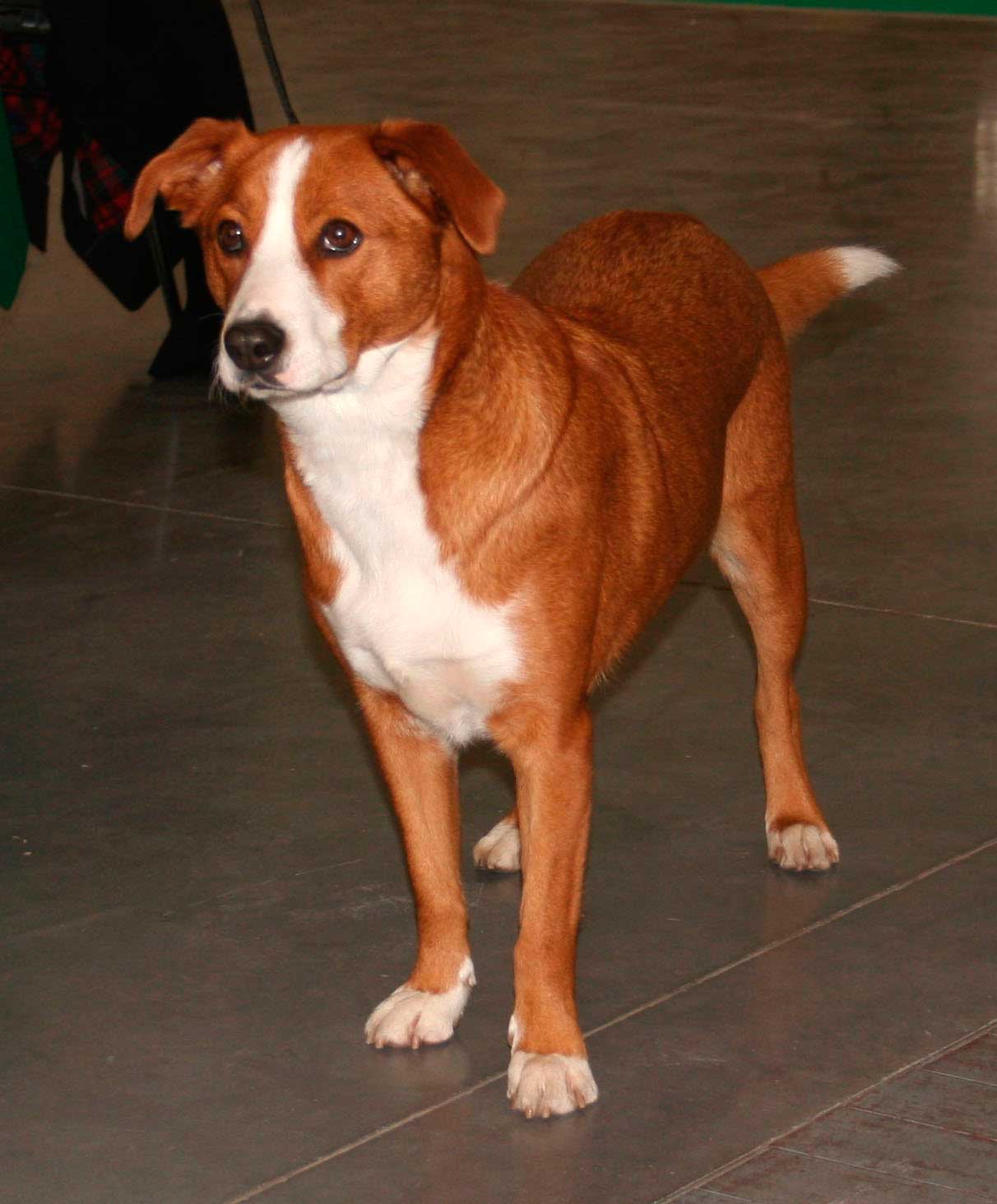 The Austrian Pinscher descends from old Austrian Landpinscher, who was still widespread in the second half of the 19th century as a frugal and versatile farm dog. In 1921 a pure breeding plan was started. Against him German pinscher, seems wider, more robust and more primitive. Emil Hauck became familiar with this type of dog during his travels in the early 20th century and worked for the recognition of the breed by the ÖKV and the FCI. The 16 in October of 1928, this breed was recognized as Austrian Shorthaired Pinscher by ÖKV. In the year 2000 the breed name was changed to Austrian Pinscher.

However, according to the breeders association, the number of dogs decreased in the decade of 1970 so much so that only one stud dog remained, Diocles of Angers. Starting from this, the breed was preserved using “Landpinschers”. The “Landpinschers” are still used in breeding. The “Landpinschers” are dogs that correspond to the Austrian Pinscher in terms of phenotype and are relatively stable in terms of breeding, without being specifically bred as pedigree dogs in the sense of modern dog breeding.

It is a medium to small size dog. The eyes are large, with the dark iris. Ears are normally "V" shaped, but there are also buttons, semi-fallen or straight. Breeders try to fix as much as possible a "V" ear that, otherwise, it is already the most common. The tail is implanted high, the dog the coiled cam, frequently on the back, and it's short and thick. Can also be shortened.

It is a vigorous little dog, bold, temperamental and very resistant. It is a great surveillance dog; on the other hand, not spread as a companion dog, among other things because it is very barking. However, medium-small dogs do not meet the demands of someone who wants a dog for the apartment (always as small as possible), nor those who want a watchdog (preferably medium-large size), and for this reason the spread of the breed is very limited.

He has good hunting attitudes. The Alpine Dachsbracke, like the other Basset, Since the 19th century. It used to be one of the favorite breeds of German royalty. During the Decade of 1880, Alpine Dachsbracke, He accompanied the Crown Prince Rudolf of Habsburg on hunting trips to Egypt and Turkey.

The Federation Cynologique Internationale It recognizes the Alpine Dachsbracke in the Group 6 hounds, Section 2 “hounds Leash” with the Bavarian mountain Hound (Bayrischer Gebirgsschweisshund, NO. 217) and the Hanover Hound (Hannover ’ scher Schweisshund, NO. 213).

This little dog has a slight resemblance to a Dachshund, by long body and short legs. The pelage is dense, short, but smooth except for the tail and neck. The round eyes with lively expression. The Alpine Dachsbracke in a dog very robust, visibly strong and has a large bone structure.