The Akbash he is calm and alert at the same time. He is not shy, nor is it aggressive. 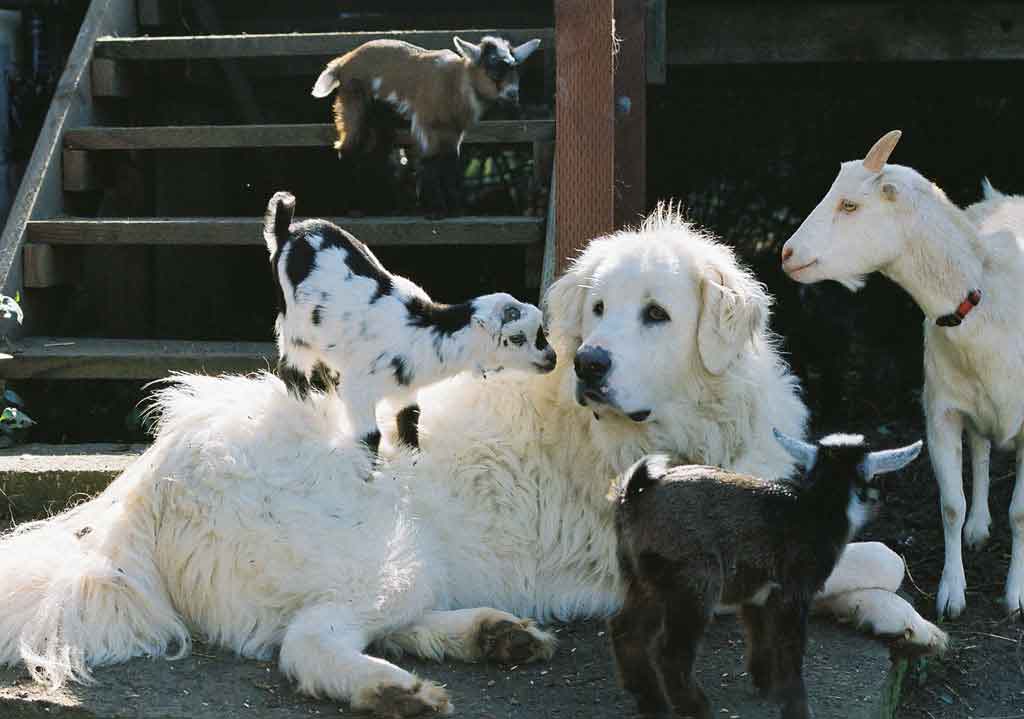 Coexistence is important that you have with your new friend. Before considering the acquisition of a dog of the breed "Akbash" you know certain factors. Not all breeds of dogs are apt to live in an apartment, You must take into account their character, their need for exercise, their interaction with other pets, your care and if you have young children, their level of tolerance towards them.


The dog's Akbash It is native to the West of Turkey in the region known as the Akbaş, where he started to develop since ancient times for the care of livestock, especially sheep. Two of the names most commonly used to refer to this can, are Akbash and Akkush. Both names have a specific meaning in Turkish, Like this Akbash (Akbaş) means "white head", and Akkush, "White Bird".

This breed is thought to be the Turkish version of the typical livestock guardian sheepdog in the white variety, you are within (and around) of northern Mediterranean Basin. It has a unique combination of qualities of molossians and hounds.

Its development dates back to at least make 3.000 years, and the reason white, was highlighted that in the field did not exist any difficulty to distinguish them from predators.

Archaeological evidence suggests that the early civilizations of these dogs (or better their ancestors) arose, what we know today as Turkey, makes one 10.000 years.

It is a big dog, with a weight from 34 - 64 kg and a range around 69 - 86 height cm. It has soft and short fur (some parts with more hair), presents a double layer of hair, is generally white, but may be, a bit of light color of biscuits in the ears.

It has long legs, a queue that is screwed; they may have some pink hair Tufts, or with negruzco-bajo black or brown color stains their white coat. The edges of the eyes, the nose and lips should be completely black or brown black, Although some may have them pink.

It is believed that the ancient genetics of this breed was based on a combination of molosos and races of greyhounds. The Akbash It has the characteristics of both. Although there is much variation in the size and height of this breed, usually are tall dogs, long and strong body. Most are pretty flexible and lightweight for the size you have. They have loose neck skin to protect themselves from predators.

Different indigenous breeds in the country

Occupying the Turkish territory are three distinct indigenous races of the country; the Akbash, the Kangal and Kars. In Turkey is legal export Akbash, but it is illegal to export Kangal, because they are the national dog of Turkey race.

Although initially the Americans and Europeans designating the same name for the three races (Dog Kangal Shepherd Dog), whereas one of the only three varied color and small details to did them not differentiable; later, in 1996, was held at the University of Konya an international symposium that promoted the distinction between the three races of Turkish dogs protecting livestock.

There are two varieties of Akbash: a long-haired and short hair, but both have the characteristic white colour that makes this race the perfect race for the care of livestock, allowing to differentiate the dog of the Wolf with just the low light of the Moon.

It is a dog quiet When not working. It also presents a majestic port transmitting calm. He is extremely loyal to his sheep, and it is even said that he creates very strong bond with them that arrive to make impossible their mating.

The Akbash It is a quiet dog and alert at the same time. He is not shy, nor is it aggressive. When used as a protection dog, It is wary with any stranger that approaches their territory, and with the unusual sounds and changes in their environment.

The race is not naturally hostile, but as they were raised to think and act independently, This ingredient mark character; It is not a lap dog. If it educates small, He adapted well to home life, If I had the opportunity to take long walks in the countryside, and a work to be done such as care for children, for example.

The Akbash It is one of the most popular around 30 races around the world under the title Flock guardians, livestock protection dogs, or livestock guardian dogs (most commonly: LGD).

These dogs are known for their intelligence, courage, independence and loyalty.

If you liked, rate this entry.
4.6/5 (5 Reviews)
Share with your friends !!
Twitter10Facebook1Pinterest
11
SHARES