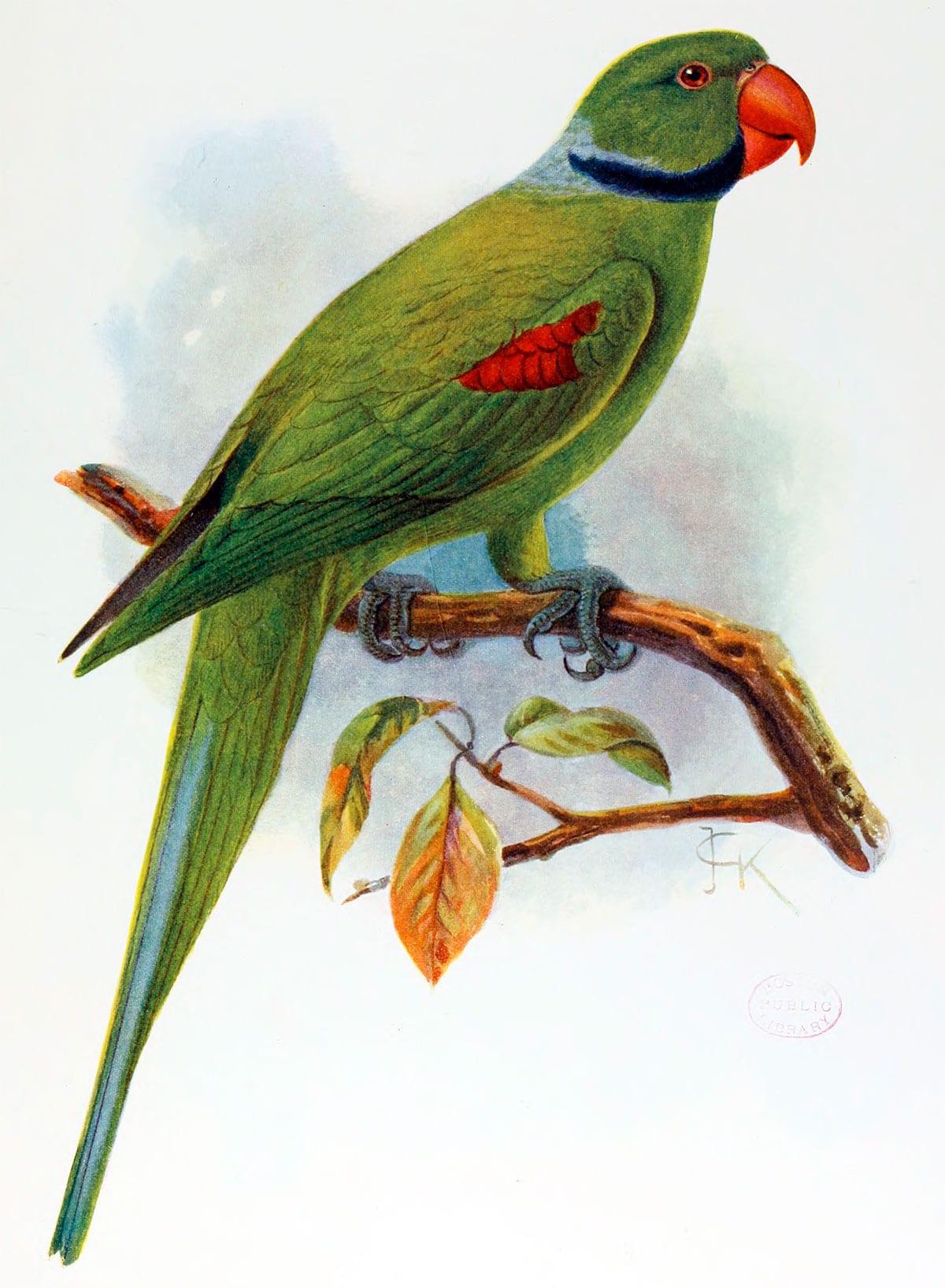 The Seychelles Parakeet (Psittacula wardi) It was a medium-sized parrot with a length of about 41 cm and a weight between 100 and 125 g..

It was green with a large bill red with yellow tips, a red stain on the shoulders and a long tail. The male had a narrow black band on the cheek and neck which they lacked black female and youth. blueness in nape and eyes yellow. the legs They were greyish

Phylogenetic studies suggest that this species away from the Alexandrine Parakeet (Psittacula eupatria).

In a report they were seen over the forest along a field maize.

They were probably in small groups or flocks, making striking flights. It was reported that the birds were cautious, presumably due to its constant pursuit.

It was a forest species, which probably it fed on fruit and seeds.

The Seychelles Parakeet It was endemic to Mahe and Silhouette, Seychelles, with a visual record of Praslin. A considerable number was found in 1811, But it was rare in 1867 and the last specimen was shot in Mahe by Abbott in 1893. It may have survived until the twentieth century (Skerrett y Disley 2011), although apparently he was already extinguished when Nicoll He visited the island 1906 (Lionnet 1984).

Clearing forests for plantations and coconut hunting and capture (in particular, to protect maize crops) were the main causes of the disappearance of the species (Forshaw and Cooper 1989).

At present there are two specimens in museums Liverpool and New York City.