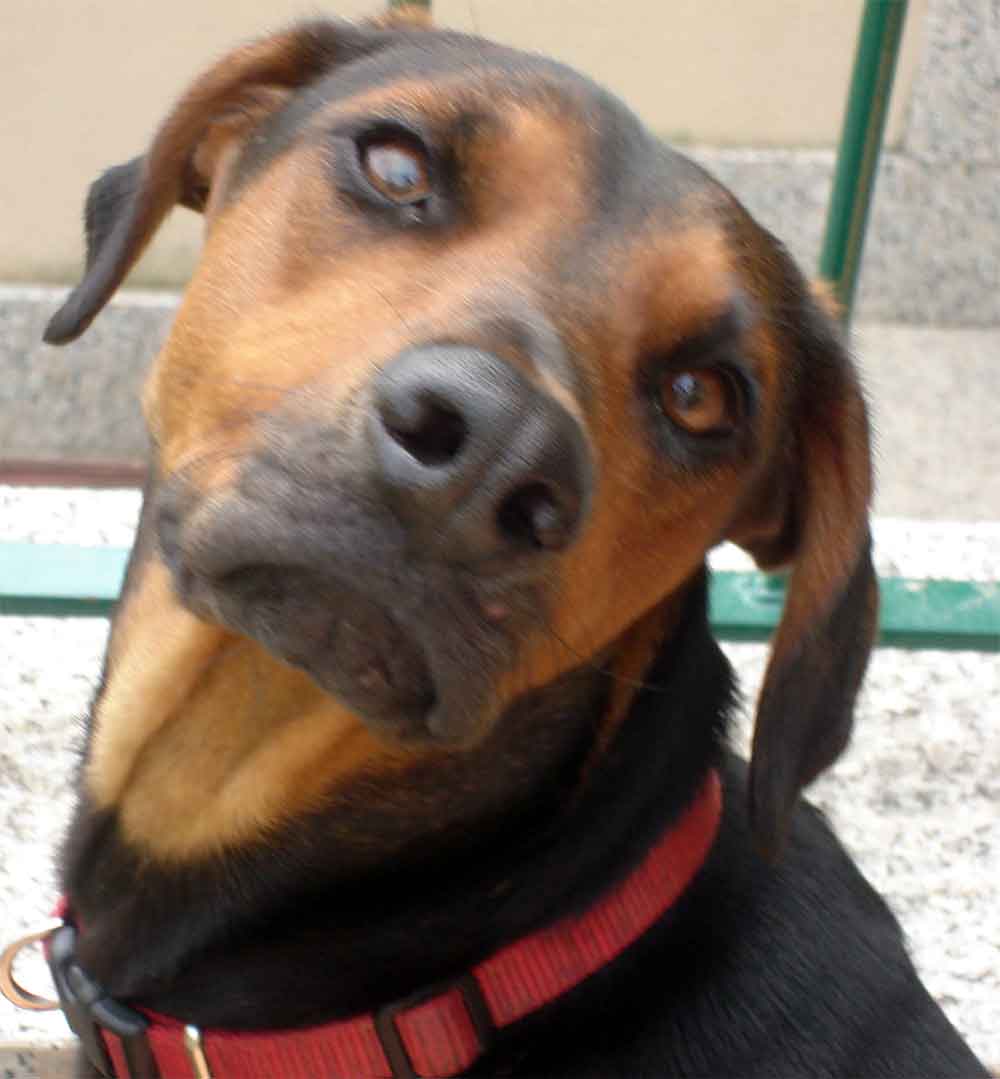 Also known as “Balkan scent hound”, is diffused only in your country.

This breed belongs to the group of hounds that spread throughout the Balkan territory. The hounds of Asia Minor are believed to have played an important role in its creation. The first description of this breed under the name of “Balkan scent hound” data of 1905 ; we owe it to Franz Laska, who described this breed among other hound dogs.

The first standard was written in 1924, but it wasn't until the Bled session of the 14 in May of 1940, that the F.C.I. adopted the standards already announced in Estol as in 1939, and among which was the “Balkan scent hound”. Since this is the most widespread breed in Serbia, it is the Yugoslav Cinological Association that controls its breeding and proceeds to the inscriptions in the official book of origins.

The 12 in November of 1996, during their meeting in Copenhagen, the General Committee of the F.C.I.. discussed the proposal accepted by the general assembly of the Yugoslav Cynological Association and accepted that the appellation “Balkan scent hound” was replaced by Serbian hound.

The Serbian hound is a breed of pack hunting dog used in Serbia, medium-sized, also known as “Balkan scent hound”.

His physique is strong, his lively and energetic charisma. The breed's shoulder height in males is between 46 and 56 cm., preferably between 51 and 52 cm.. Bitches have a height at the withers between 44 and 54 cm., being the ideal size of 48 a 49 cm.. The weight of the Serbian hound is between 11 and 22 kg.

Your head is flat and tilted, its pointed snout.

What is striking are the large drooping ears of the animals, that are typical of hunting dogs.

The coat of dogs is thick, luxurious and has undercoat. It is short and close to the body. Coat color is a shade of red ranging from yellowish red to fox red, and dogs often have a black coat or saddle.

As a whole, his fur is shiny.

Life expectancy Serbian hound is of 12 a 13 years.

Tireless, continuing with lively y, the Serbian hound they have a balanced temperament and good character.

They are also very docile dogs with a high and often deep voice..

These sturdy built dogs are calm and dignified, eager to please their master.

However, need firm authority in their training, space and lots of exercise.

The “Balkan scent hound” can be a good companion dog, although its primary function is that of a hunting dog (running / searching or tracking). They are remarkably tenacious in the field. The Serbian tricolour hound It is rare even in their country of origin and it is almost impossible to see outside.

The Serbian tricolour hound (Srpski Trobojni Gonič or Trobojac) It is considered one of the rarest species that exist. This breed is one of the three types of dogs developed in the former Yugoslavia. Before the disintegration of Yugoslavia, the breed was known as the “Yugoslavian Tricolour Hound”, changing its name in 1991 After the dissolution of Yugoslavia.

In 1946 whether this breed was independent or just a variety of the “Serbian hound“; finally given separate breed status and a first standard set. This breed was presented at the International Dog Show in Belgrade on 7 and 8 in June of 1950. The Serbian tricolour hound was recognized as a breed by the FCI the 25 in July of 1961 and the standard was published.

From the beginning, these dogs have been used as hunting companions. They are ruthless hunters of small game like foxes and rabbits. Due to his strength and fearless nature, they are also used to hunt wild boar, wild boars and other big game animals. Unlike other Hounds that hunt on a leash, this breed can run freely and search for prey on its own. This independent hunter will never kneel in front of difficult terrain. In search of prey, uses your excellent sense of smell, and with a penetrating voice will inform the hunter when he finds it.

Unfortunately, this persistent and tireless hunter is not known among hunting enthusiasts in other countries, so this rare breed is relatively unknown in other parts of the world.

The three Yugoslav dog breeds evolved from the dogs of Phoenician merchants and have almost identical characteristics, which is why they are often mistakenly identified as the same race. What distinguishes the Serbian tricolour hound of the other two races is the white mark on the chest, which emphasizes the striking print of dark red hair in the background and a black cloak.

The coat of the Serbian tricolour hound it is waterproof, short and bright. Slightly thick with a well developed undercoat, spreads well throughout the body. Both in the area of ​​the rear thigh and in the lower part of the tail the coat is slightly elongated.

The coat of the Serbian tricolour hound has a deep red or fox red background color, of which a saddle or black fur stands out. The black partly reaches the head of the dog and forms two dark marks on the temples. White forms a full or partial collar under or around the neck.

On the dog's head white is pronounced like a cutout. On the muzzle it can also be seen as a spread fire. If the dog has a white mark on its chest, this is permissible, although it extends to the end of the sternum and reaches both the belly and the interior of the hind limbs.

The tip of the tail can also be completely white. However, total white coat should be less than one third of total body. The Serbian tricolour hound also has medium length ears, high, found near the cheeks.

The life expectancy of the Serbian tricolour hound, round the 12 years.

The breed is characterized by an intense temperament, always reliable and very loyal in his relationship with his pack. However, the Serbian tricolour hound also has a very friendly nature. On the one hand, dogs are suitable as watchdogs. On the other hand, can be used for dressage.

The Serbian tricolour hound is very hard-working and is optimally equipped to work even on difficult terrain. Due to its attentive and excellent eyes and its high performance, is an ideal hunting dog.

At home he behaves warmly and calmly. However, as soon as it is in working mode, is extremely energetic and very persistent.

If you get a Serbian tricolour hound, you will get a breed that will be a friendly and obedient companion dog. He always tries to please his owner. However, the prerequisite for this is that it is sufficiently busy when not used for hunting.

The Spanish Hound is described in the "Book of the Montería" of King Alfonso XI (1312-1350). Contents History "Spanish Hound" ...
Read more

The Great Anglo-French black and white hound can be used both in packs and individually. History Content This breed is ...
Read more

The Great Vendean Griffon is a dog of great character, beautiful cloak and dreamy look. It's a pity his time ...
Read more

It stands out for its particularly harmonious voice. Contents History The Hellenic Hound has ancient origins, since their ancestors were already ...
Read more

The Italian Wirehaired Hound is reserved, wise, calm and thoughtful in his work. Contents History The Italian Hound ...
Read more