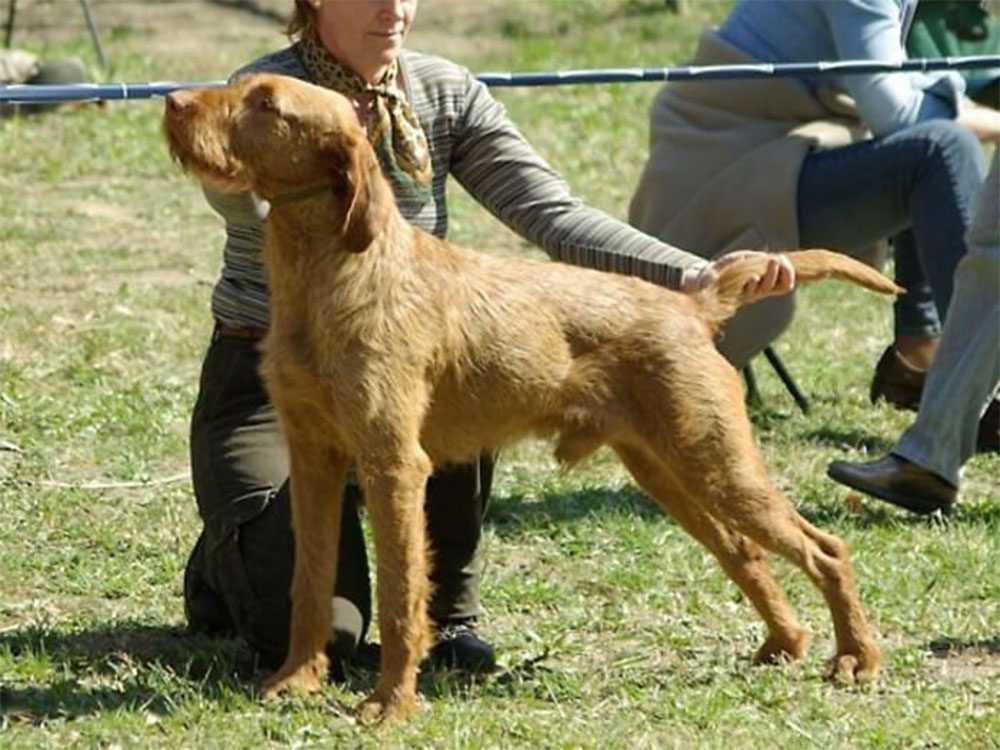 The Italian Rough-Haired Hound is reserved, wise, calm and thoughtful in his work.

The Italian hound It, according to the vast majority of authors, a dog with very ancient origins. It is believed, in fact, descended from hunting dogs that lived from ancient Egypt, they reached the shores of the Mediterranean Sea, and therefore also to Italy, thanks to the Phoenician merchants. Many Egyptian drawings dating from the time of the pharaohs show the presence of dogs very similar to the current one Italian hound.

His best period is the Renaissance, when its level was improved and its great diffusion began. The race then underwent a slow and inexorable decline until, from the beginning of the 20th century, the Italian hound it became very popular again.

The modern history of Italian hound started on 1920, year in which the Technical Committee of the Society of Hound Hobbyists drew up the first breed standard that a few years later, in 1929 to be exact, was approved by the Italian Kennel Club. At that time there was a single standard that unified the Italian Rough-Haired Hound and to the “Italian short-haired Segugio“; in 1976 came the prohibition of mating between the two varieties; then, in 1989, the ENCI (Ente Nazionale della Cinofilia Italiana) passed two different standards, standards that were later also recognized by the FCI which classified them in the group 6, among hound-type dogs, and related breeds.

The Italian Rough-Haired Hound probably has the same origins as the “Italian short-haired Segugio“; in fact, in almost the entire peninsula both varieties of hounds have always coexisted. 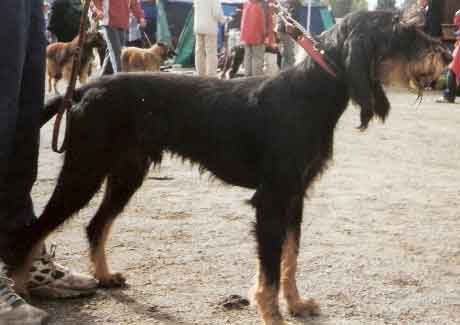 Is similar to the “Italian short-haired Segugio”. It differs mainly by the coat, made up of coarse hair no more than two inches long, but thinner and shorter on the tail, ears and head; the coat colors are fawn and fiery black (both with white spots allowed, if they are well located).

For the standard it has minimum and maximum cross heights greater than two centimeters compared to the “Italian short-haired Segugio”: therefore it is slightly larger. She is also believed to have a calmer and more thoughtful temperament than her satin-haired variant., and that this is reflected in a slightly different approach to hunting.

Height at withers varies in male from 52 - 60 cm and in the female of 50 - 58 cm.. In the case of an excellent subject there is a tolerance of two centimeters more or less. Weight may vary in males of 20 - 28 kg and females in 18 - 26 kg. The length of the trunk is identical to the height at the withers.

Great hunter and secret companion. It is used and fits perfectly both in the mountains and on the flat and in the most rugged terrain. It is equipped with resistance, as well as with good speed and works with commitment and passion both in isolation and in the diving suit.

In comparison with the “Italian short-haired Segugio”, the Italian Rough-Haired Hound is more reserved, less exuberant, wise, calm and thoughtful in his work. A gentle look, friendly, but proud and wrapped in a halo of melancholy. A strong and very nice voice.

This dog is first and foremost a working dog, and is rarely kept as a pet.