The Akita he is affectionate and protective with the family, suspicious of strangers. 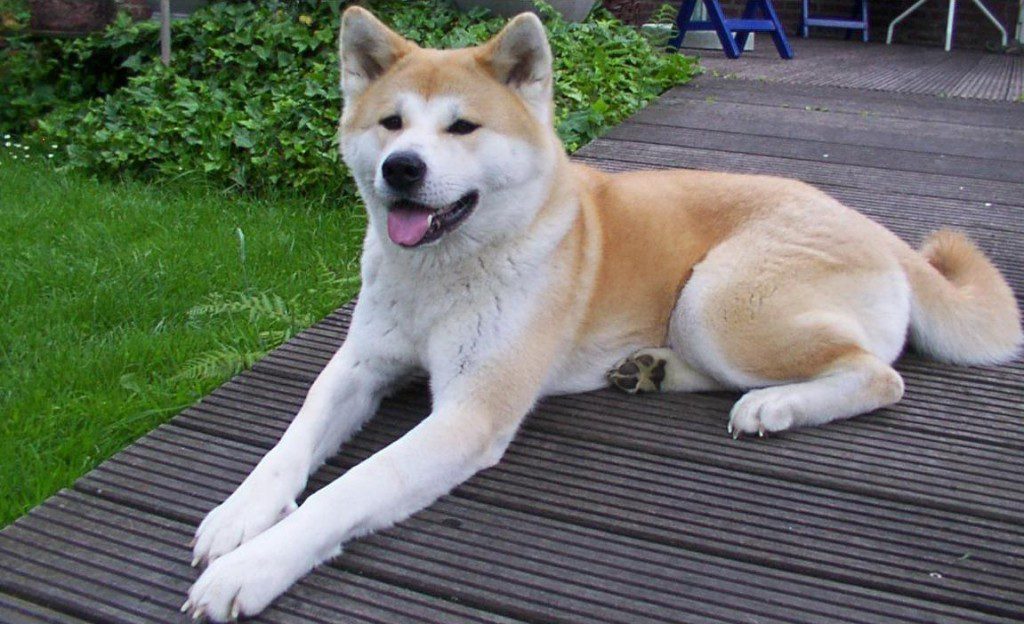 Coexistence is important that you have with your new friend. Before considering the acquisition of a dog of the breed "Akita" you know certain factors. Not all breeds of dogs are apt to live in an apartment, you must take into account his character, their need for exercise, their interaction with other pets, their care and if you have small children, their level of tolerance towards them.

Also called Akita Inu , It is a breed of dog of the Japan, named for the Akita Prefecture, where it is believed that it originated. From time to time is called Akita-ken. Originally it was a hunting dog and for generations it was used by the warriors of the Japan as defense and attack dog. It was also used for hunting bears. It is an easy dog â€‹â€‹to train and a character very balanced.

Loving and protective of the family, suspicious of strangers, Although it will not attack on a whim. It is a dog barking and majestic appearance. It is considered a breed apart from American Akita.

In the news, the Akita Inu It is considered the National dog of Japan and in 1931 It was designated a national monument.

The Akita (Akita dog) It is the tallest of Japanese dogs and over the years this dog has been, dog fight, symbol of wealth and prestige. owning a Akita Inu It was an honor allowed only the nobility, good luck symbol and talisman, while a statuette Akita Inu It gives away when a baby is born or when someone gets sick.

The movie of 2009 “Hachi”, starring Richard Gere, It is based on the true story of a Japanese Akita named Hachiko. After the death of its owner, Hachiko waited every day at the train station for the man to return, every day until the end of his own life.

Its size is that of a dog medium- but strong Constitution, balanced and capable of performing the work of a large dog.

It is a little longer than high, has the chest wide and deep, and the level back. His movement should be flexible and powerful. Its fur can have four colors: red, Sesame, striped or white pure.

The size of your skull is proportional to your body. The front and the neck is thick and muscular. The ears are relatively small, triangular and stops, preferred if they are inclined forward. The nose is usually black and lips are black, Although the language is usually pink.

The eyes they are small, sometimes distant from each other, almost triangular, Brown color. It has a strong and straight back, with a broad and muscular kidney region. It has the chest deep, arched ribs and perfectly raised abdomen.

The limb anterior and posterior they must be well developed and be strong to be able to function well in all activities. The feet are solid, round and well closed, your nails are hard. It has webbed feet like cats and is an excellent swimmer.. The tail is high implementation, thick and carried vigorously coiled on the back.

The hair covering the tail is longer which covers the rest of the body. The fur, thick and double, is rough and short. The internal layer is thick and soft hair.

All colors (except for the White) They should have "urajiro» (whitish hair on the sides of the snout, cheeks, under the jaw and in the neck, on the chest, abdomen, under the tail and on the inside of the legs).

The current reconstruction to return to the Japanese type, based on copies of the line ichinoseski, In addition using, Spitz japoneses to recover characteristics of the old Akita Inu.

One character reserved and quiet, will remain impassive in irritating situations, minor. Take the dominant role in the relationship with other dogs, You will not look confrontation unless it has previously been challenged. It must be used, from puppy, the relationship with all kinds of dogs and other animals to live with him, so, getting our Akita Inu a totally socialized dog. With regard to their owners will be loving, loyal and protective. You will have a friendly character with people in general unless they prove bad intentions.

It's a race that no bark unless you have a good reason. When a Akita Inu bark you have to pay attention to. The character of Akita Inu It takes on special importance his protective instinct toward family and belongings.

It is equipped with a temperament quiet and balanced, It is a dog that will support the antics of the children with enormous patience, is more, is especially comfortable in the company of the little ones, that will become inseparable and will defend them and protect it from any intruders either person or animal even with your life.

They are known as dogs faithful and also Smart.

The Akita They can live happily in apartments, When given exercise. They need to be socialized from puppies. Even though they enjoy love and human company, they are very happy to be with other dogs. The Akita They are become excitable when seeing their owners, often moving around them.

These dogs are very good with children. It has a reputation for being an excellent domestic dog. They become big dogs in the family with proper training and socialization.

The protective instinct makes them particularly dangerous to children who may visit the home (they do not tolerate well, the shouts of children playing), should be taken into account we should accustom the animal children incorporated home, These dogs when they arrive home accept members of the family in a herd, new children if they arrive after the can are alien to him and have to adjust them so that there are no problems.

Average longevity “Akita” is of some 10 years, It is similar, to other breeds of their size.

A dog with history… Hachiko: The akita who waited 10 years the return of his master died as a sign of loyalty. A movie based on the true story has been made, call Hachiko Monogatari. There is also an adaptation in English, with the title Always by your side, Hachiko.