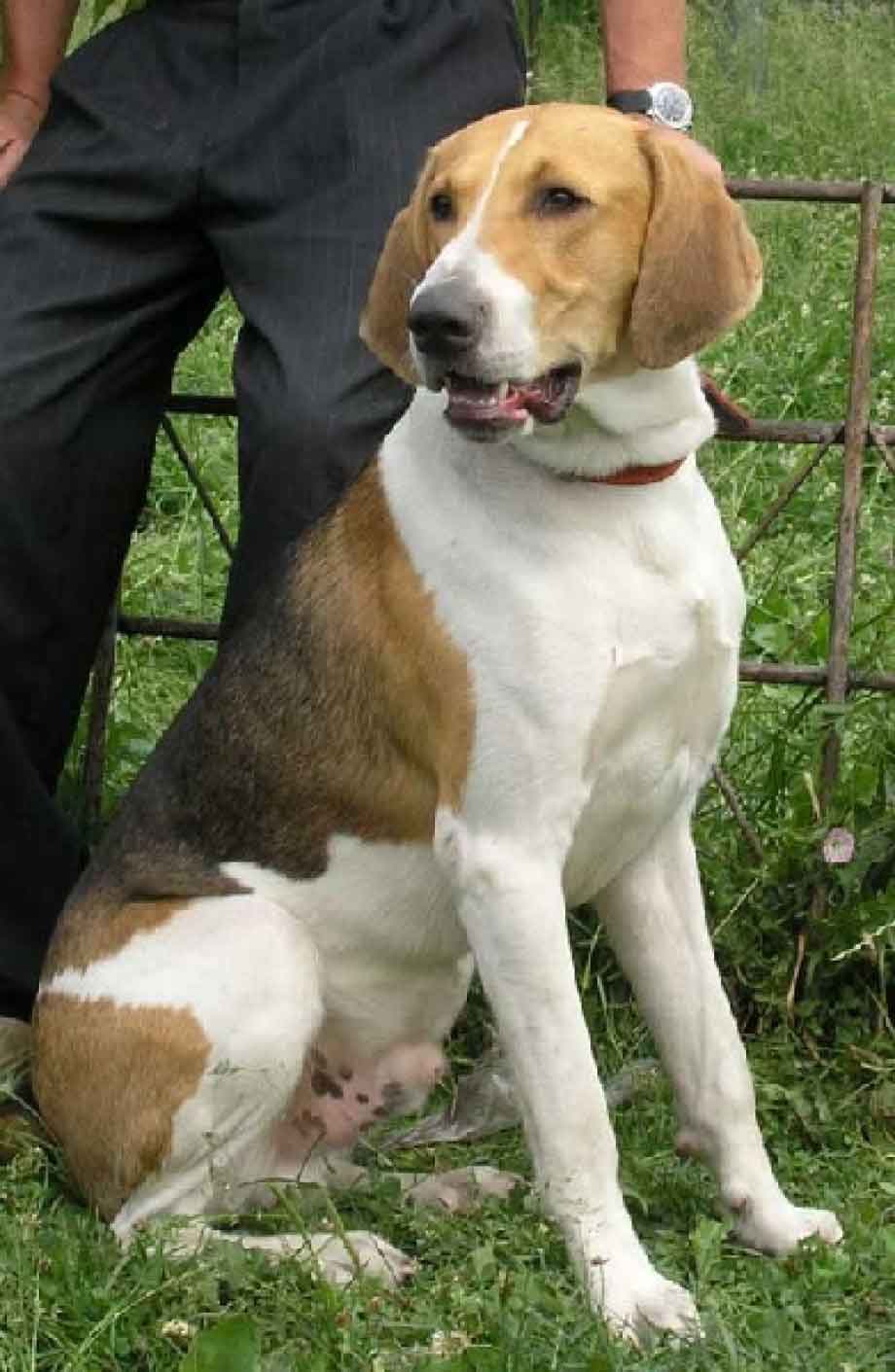 The Russian Harlequin Hound is a rare breed of dog found almost exclusively in Russia.

In the 18th century, a hound native to Russia began to develop naturally, but it wasn't until around 1900 that selective breeding started in earnest, and the first breed standard for the Russian hound was developed in 1925. The breeders then crossed to the Estonian Hound with the English hounds. The result was the Russian Harlequin Hound, a slightly squarer looking dog with tricolor spots on a white body. The voice of the Russian Harlequin Hound is much deeper and melodic than that of a Estonian Hound, and frequently have black marks on the saddle.

Until 1951 This new breed of hound was known as the Anglo-Russian hound, but when he was accepted as a separate race from his own, he was known as the Russian Harlequin Hound. This breed was well known, not only for their melodic voices, but also for its speed and resistance when tracking its prey. They were frequently used as red hunting dogs, which means they were chasing foxes and wolves, traditionally known as red game, and they are rarely found outside the Soviet Union.

The breeders of the Russian Harlequin Hound they are still in the process of improving both the type and the uniformity of the breed and the breed is now seen sometimes at Soviet dog shows, and is considered equal in quality to the best Estonian Hound. The Russian Harlequin Hound It was also used by William Dunker when he developed his namesake the Dunker, sometimes also known as the Norwegian Hound.

The Russian Harlequin Hound It is not recognized by the F.C.I.

The Russian Harlequin Hound he is a muscular dog, medium-sized, which stands about twenty-four inches tall and weighs between 18 and 31 kg, with a square build, long, straight legs and a strong tail that has a slightly curved or saber-like shape. They also tend to have a somewhat broad, square head with a straight, square muzzle., that always ends with a black nose. They have slightly hanging lips, oval shaped eyes, usually dark brown, and medium-sized pendant ears that sit high on the head and hang down to the sides to frame the face.

The characteristic short coat of the Russian Harlequin Hound is mostly white with tricolor markings on the head, face, back and tail, and is typically quite dense; this coloring is particularly useful when hunting with this Russian hound as it makes it much easier to differentiate the hunting dog from its prey.

The Russian Harlequin Hound is a rare breed of dog found almost exclusively in Russia. A mix of the Estonian Hound and the English Foxhound, this scent hound is known for its ability to track the game traditionally known as red game, like the fox and the wolves. They tend to be friendly and outgoing with almost everyone they meet., both human and canine, but they have a high prey drive and may not be safe around cats and other small animals. This breed is not well adapted to apartment living due to its high activity levels and vocal nature..