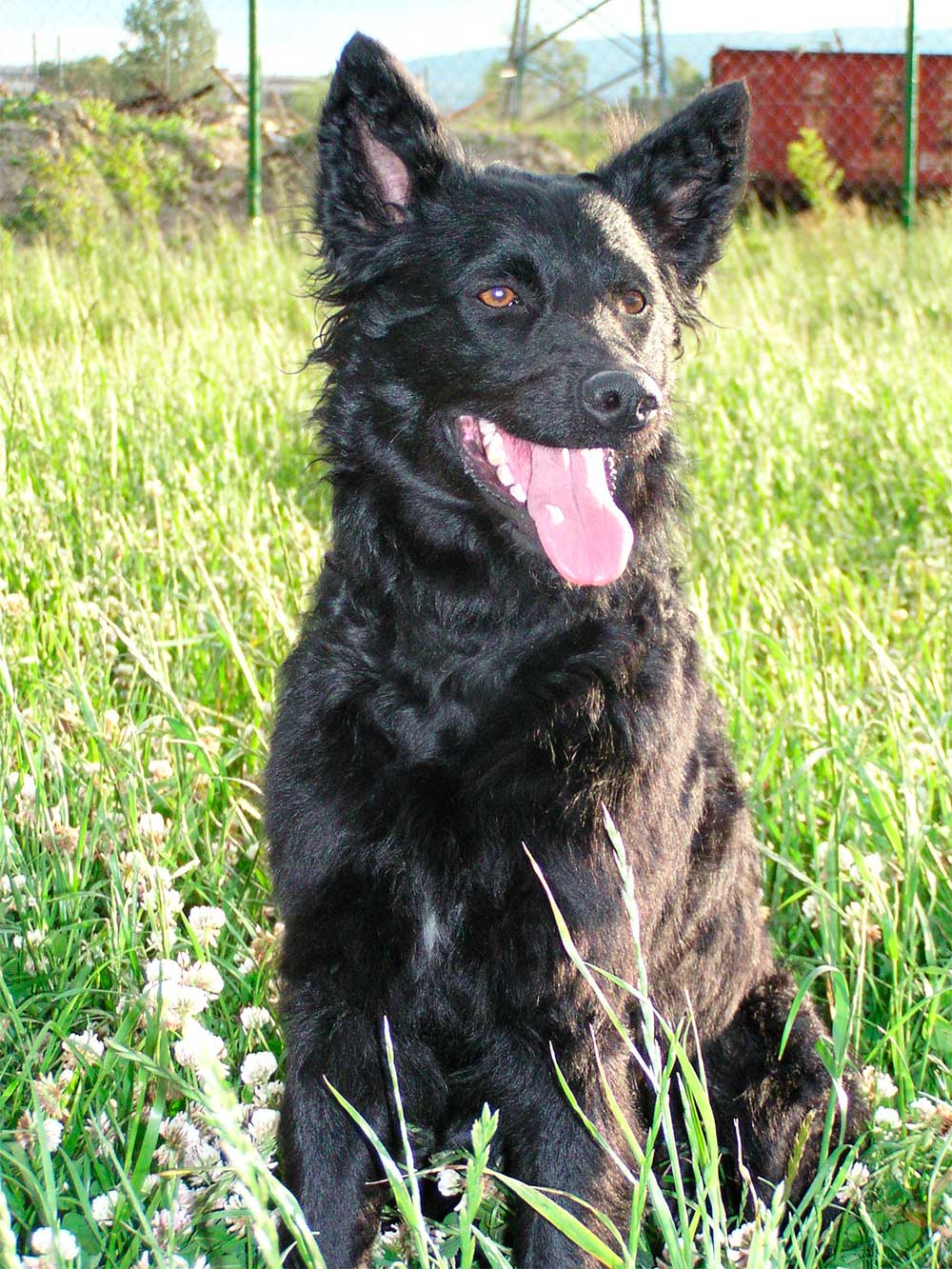 With a great instinct for working with the herd.

It was the vet Stjepan Romic, considered the father of the race, who started the systematic breeding of the Croatian Sheepdog in 1935 en Djakovo (Croatia). His role was all the more important since he had previously carried out various investigations on the dog and had managed to unearth writings dating from various periods of the 18th century. These documents describe the Croatian Sheepdog as it is known today.

The breed was officially presented at 1949 in Zagreb (Croatia), and the first standard of the Croatian Sheepdog was written by Otto Rohr in 1951. He was recognized by the Fédération Cynologique Internationale (FCI) in 1967, later for him United Kennel Kingdom (UKC) in 2006 and, At last, by the American Kennel Club (AKC) and Central Canine Society (SCC).

Despite this recognition by the main canine organizations in the world, the Croatian Sheepdog has not really spread internationally: it is barely seen outside its home country and remains unknown to the general public. For example, the Central Canine Society (Kennel Club inglés) just signed up 38 Croatian shepherds at the LOF (French Origins Book) between 2010 and 2016, an average of just 5 dogs a year.

The Croatian Sheepdog it is a dog in the lower limit of medium size. Short hair on the head and limbs is the hallmark of the breed. The head is quite light with a cone shape. The stop is poorly marked. The eyes are medium in size, macaroons, with a lively expression; the color goes from brown to black. The ears are triangular, raised or semi-raised, medium length and set slightly to the side. Straight ears are referable and cutting is not allowed. The tail is implanted a little high, with long thick hair. It is cut so that it does not have a length greater than 4 cm in adult error.

The Croatian Sheepdog is lively and alert, without being nervous. They are also smart, brave and loyal.

Very obedient, they are also exclusive: they only have one master, to which they remain very attached and whose attention they demand. In fact, it is necessary for its balance.

Sheepdogs par excellence, has an innate sense of herding and is a very hardy dog. Some ranchers claim that you can knock down all the cattle just by saying their name, no need for further instructions. His approach to the herd is a bit tighter and harsher than that of other sheepdogs, but still very effective. It can bite the animals in its charge, but does not cause injury. This aggressive tendency can be easily worked on during training. It also has the defect of barking easily, especially if his master is absent, hence the importance of training him from a young age.

The dog lives very well with children. Energetic and playful, the Croatian shepherd gets along wonderfully with them and lavishes affection on them. His extraordinary attachment predisposes him to protect them, even to overprotect them. Not just anyone can get close to them. On the other hand, being a dominant dog by nature, can generally only live with other animals (dogs, cats, etc.) if you are used to your company from a young age.

Last but not least, are among the dogs adapted to life in a flat, whenever they carry out intense daily activity. In fact, like all sheepdogs, the Croatian shepherd needs to learn and be stimulated mentally and physically. They have been bred to work with humans and, Therefore, have developed the ability to interact with them, making them a learning breed. If they lack activity, can become noisy and even destructive.

The intelligence of Croatian Sheepdog, its desire to please its owner and its predisposition to work make it an easy breed to train. This workout should be both gentle and firm.

The Croatian Sheepdog has robust health and is very resistant to disease, especially if you spend the nights in the shelter of aboxofdog.In fact, Most of your health problems are due to injuries related to thework.

However, may be subject to certain canine diseases that more generally affectactive and energetic dogs:

All owners of a Croatian Sheepdog they should brush their dogs regularly to remove dead hair and detangle the pups. During the molting season (Spring and autumn), this brushing should be done even once a day.

If your dog has gotten too dirty due to the weather and / or his activity, it is necessary to give him a bath. However, this should not be done at regular intervals, since the bath irritates the skin of the animal and removes the oil layer that protects its fur. Therefore, the rule is to avoid bathing the dog, except when really necessary.

It may also be necessary to trim the dog's nails. However, if your pet does his daily exercise, this should not be the case, because dirt or harder surfaces will naturally erode them.

In addition, do not forget to deworm and vaccinate your dog regularly. How your dog is often outdoors for long periods of time, and is in frequent contact with other dogs and animals, are more likely to come into contact with many bacteria and viruses.

The price of a puppy Croatian Sheepdog is usually between 800 and 1000 EUR.

Coexistence is important that you have with your new friend. Before considering the acquisition of a dog of the breed "Croatian Sheepdog" you know certain factors. Not all breeds of dogs are apt to live in an apartment, You must take into account their character, their need for exercise, their interaction with other pets, your care and if you have young children, their level of tolerance towards them.