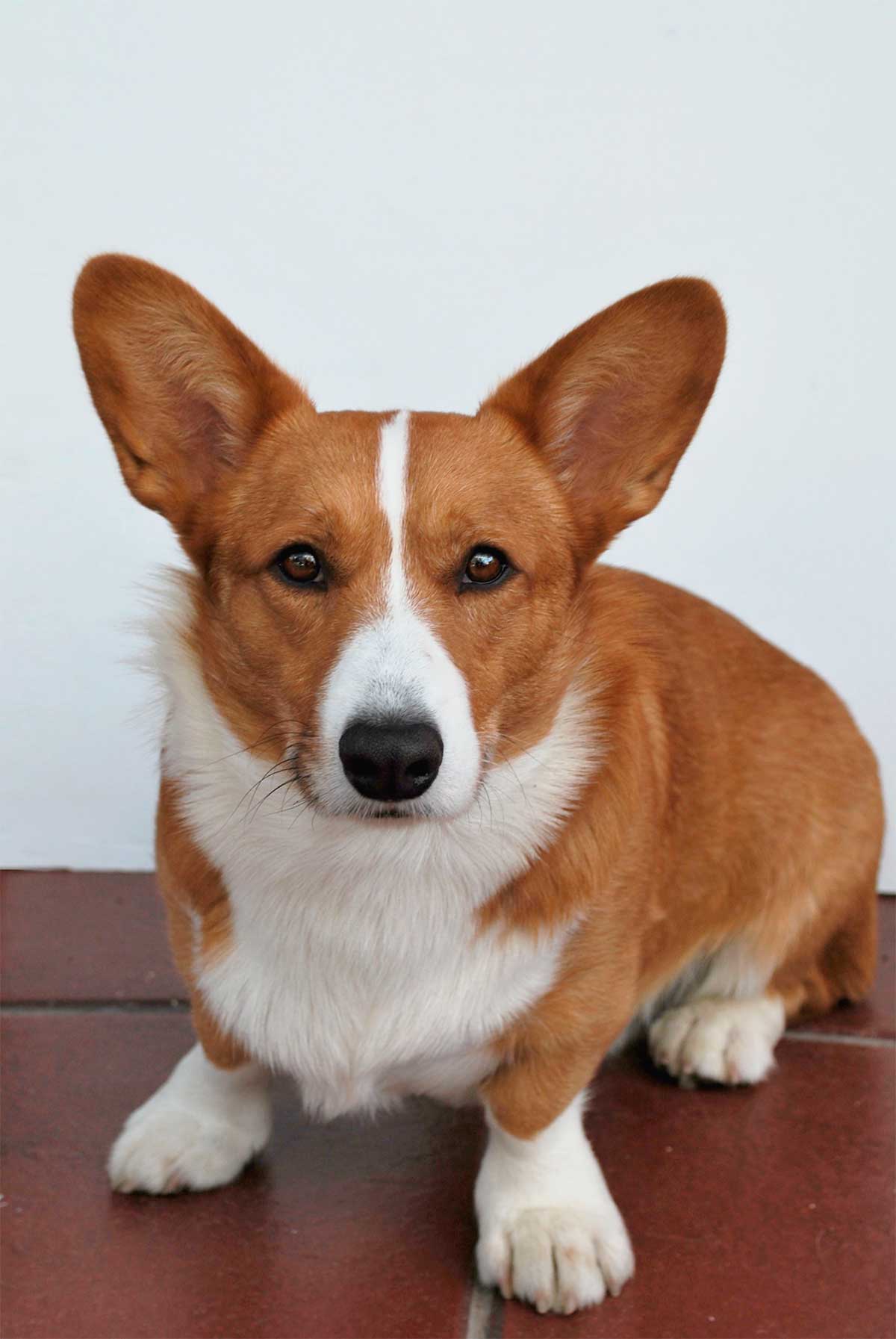 Affectionately called the “garden dog” in his native Wales, the Cardigan Welsh Corgi is active, fun and very affectionate.

It is believed that the Cardigan Welsh Corgi It is the oldest of the two races Corgi. Although nobody knows for sure, their ancestors may have come to Wales with the ancient Celts who migrated from Central Europe. The dog we know today comes from the hills of Cardiganshire, that were once full of farms and valleys that were perfect for raising cattle. His predecessors had cattle to market, their heels for cattle moved, and they deviated from the path if cattle drew back.

Industrialization ended the usefulness of the Corgi on the farm, and people began to cross with other dogs herding breeds, including Collies and the first Pomeranian, which they were much larger than the current standard of Pomeranian. The crossing with Collie You may have thrown the blue merle color to the genetic background of the Cardigan.

For a while, it seemed that the Cardigan he would go the way of the dinosaurs because he was less popular than his cousin, the Pembroke Welsh Corgi. At any given time, both they were considered the same race, but the Kennel Club separated in 1934, giving the cardigans better chance of surviving on their own.

The Cardigan Welsh Corgi It is best described as a Pembroke tailed, but it stands out from his cousin, the Pembroke Welsh Corgi, in other respects. The Cardigan has larger, rounder ears and comes in a variety of colors, including tricolor (black and white, with tans or brindle points), blue merle, striped, marten and red. Most Cardis also have white markings on their necks., the chest, paws and tail tip. They weigh between 11 and 17 Kg, which makes them a little larger than Pembroke.

Although Cardigan and Pembroke Welsh Corgi were developed in Wales, They have different ancestors: twin sons of different mothers, it could be said. The Cardigan, nicknamed the garden dog in his home county of Cardigan, shares ancestors with another long race, the Sausage dog.

The fun Cardigan Welsh Corgi it's a classic herding dog: even, loyal and loving. His real goal in life is to spend time and please his people. Its moderate size and activity level make it adaptable to any type of home or family, and it is robust and tolerant of children and other pets. In fact, the company of another dog or cat is a great benefit to him.

Cardigans may not seem athletes, but they are agile. You will be surprised how fast you can run a Corgi when chasing a ball or compete in agility trials. If you can deviate from the path of mad cow, certainly you can browse frames, tunnels, jumps and other obstacles. Cardi has a lot of resistance, You can even walk the trails, but also it conforms with a short walk or play on the playground.

Start training your puppy the day you bring him home. Even at eight weeks old, He is able to absorb everything you can teach you. Don't wait until you have 6 months to start train or have to deal with more stubborn dog. If possible, take him to puppy kindergarten class when he's between 10 and 12 weeks, and socializes, socialice, socialice. However, Note that many kinds of training puppies require certain vaccinations (such as kennel cough) stay up to date, and many veterinarians recommend limited exposure to other dogs and public places until puppy vaccinations (including rabies, distemper and parvovirus) They are completed. Instead of formal training, You can start training your puppy to socialize at home and among family and friends until immunizations are completed in the puppy.

Of course, the Cardigan Welsh Corgi be wary of strangers, thanks to its heritage grazing, so early socialization is important. To counter this trend, invite people to your house, to be used to receive regular visits.

Health of the "Cardigan Welsh Corgi"

The Cardigan Welsh Corgi they are a generally healthy breed, but they are susceptible to some health conditions, including intervertebral disc disease and eye problems such as progressive retinal atrophy (PRA) and cataracts.

Veterinarians can not predict whether an animal will be free from these diseases, so it is important to find a reputable breeder and insist on seeing an independent certification that the parents of the dog have been examined for defects and considered healthy.

Careful breeders their dogs examined for genetic diseases, and they only breed the best looking specimens, but sometimes Mother Nature has other ideas and a puppy can develop one of these diseases. In most cases, can still live a good life, thanks to advances in veterinary medicine. And remember that you have the power to protect his Cardigan one of the most common health problems: the obesity. It keep a proper weight is a simple way to extend the life of its Cardi.

Coexistence is important that you have with your new friend. Before considering the acquisition of a dog of the breed "Cardigan Welsh Corgi" you know certain factors. Not all breeds of dogs are apt to live in an apartment, you must take into account his character, their need for exercise, their interaction with other pets, their care and if you have small children, their level of tolerance towards them.

Breed All About It – Cardigan Welsh Corgi

CARDIGAN WELSH CORGI ALL ABOUT HERDING