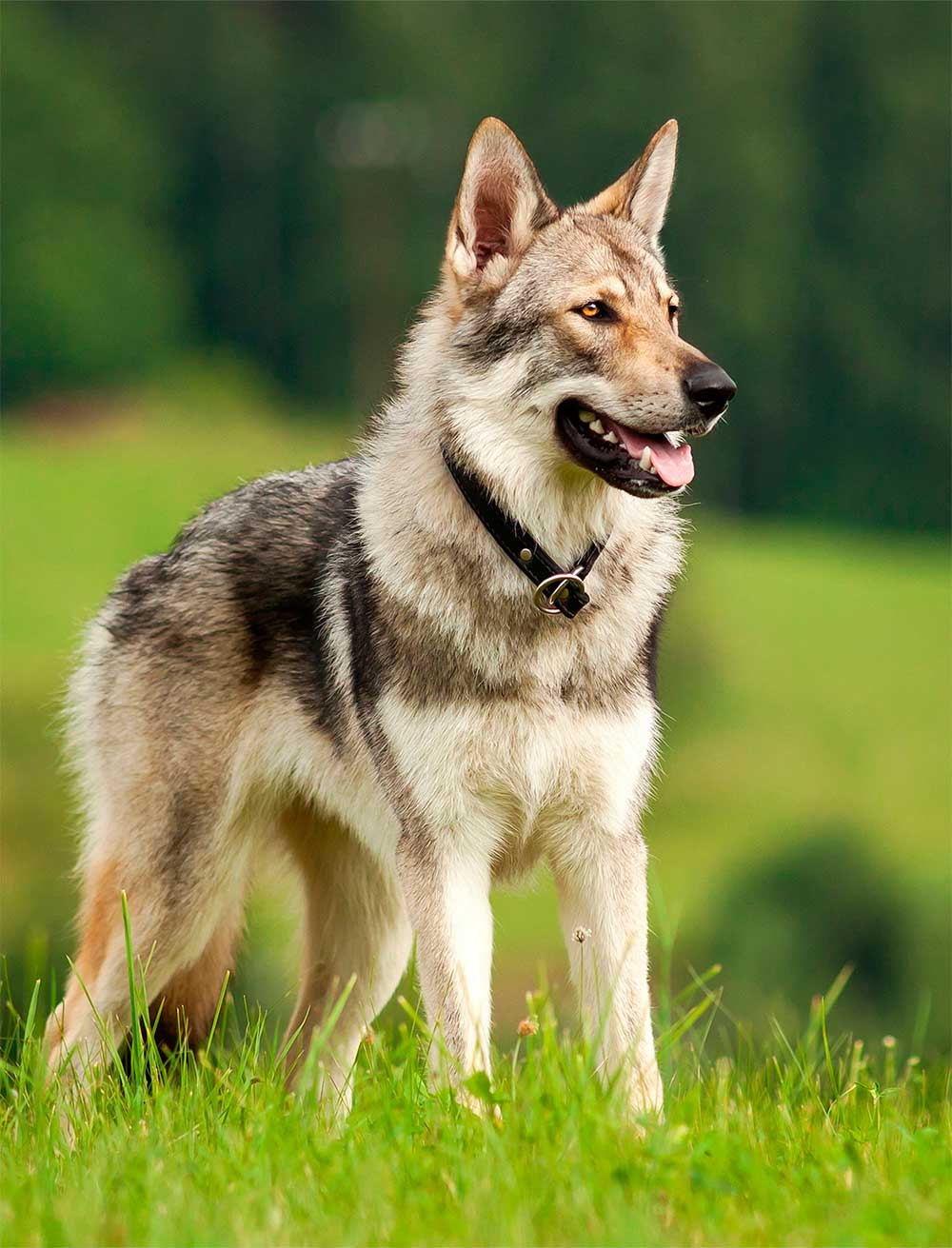 Not a dog fit for everyone.

The origin of the Czechoslovakian Wolfdog stands in the year 1955. Karel Hartl, considered the father of the race, crossed a biological test a German Shepherd with a wolf of the Carpathians.

After some attempts he managed to create a new well-established hybrid breed, who was raised from 1965. In 1982 and after some vicissitudes, The Czechoslovakian Wolfdog was recognized as a national breed by the National Committee of Cynophilic Associations of the Soviet Union.

It is a dog of strong constitution, medium-sized and rectangular in structure. It is similar to the wolf in constitution, movement, colors, cloak and mask. The head, symmetrical and well muscled, is shaped like a truncated wedge. the eyes are small, macaroons, amber, with well-attached eyelids.
Ears are erect, thin, triangular and short. The tail is implanted high, but it hangs straight. When the dog is excited, lifts it up in a sickle.

Hair: The coat is straight and adherent. In winter it has a very dense undercoat.
Color: From yellowish gray to silver gray, with the characteristic white mask.
Size: Males are at least 65 cm.. the females, minimum 60 cm..

It is a versatile utility dog ​​with a lot of temperament, very active, resistant, disciplined, of quick reactions, fearless and brave. Very hierarchical, is intensely attached to its owner, but he is extremely suspicious of everything he does not know, for this reason he needs a great socialization from puppy.