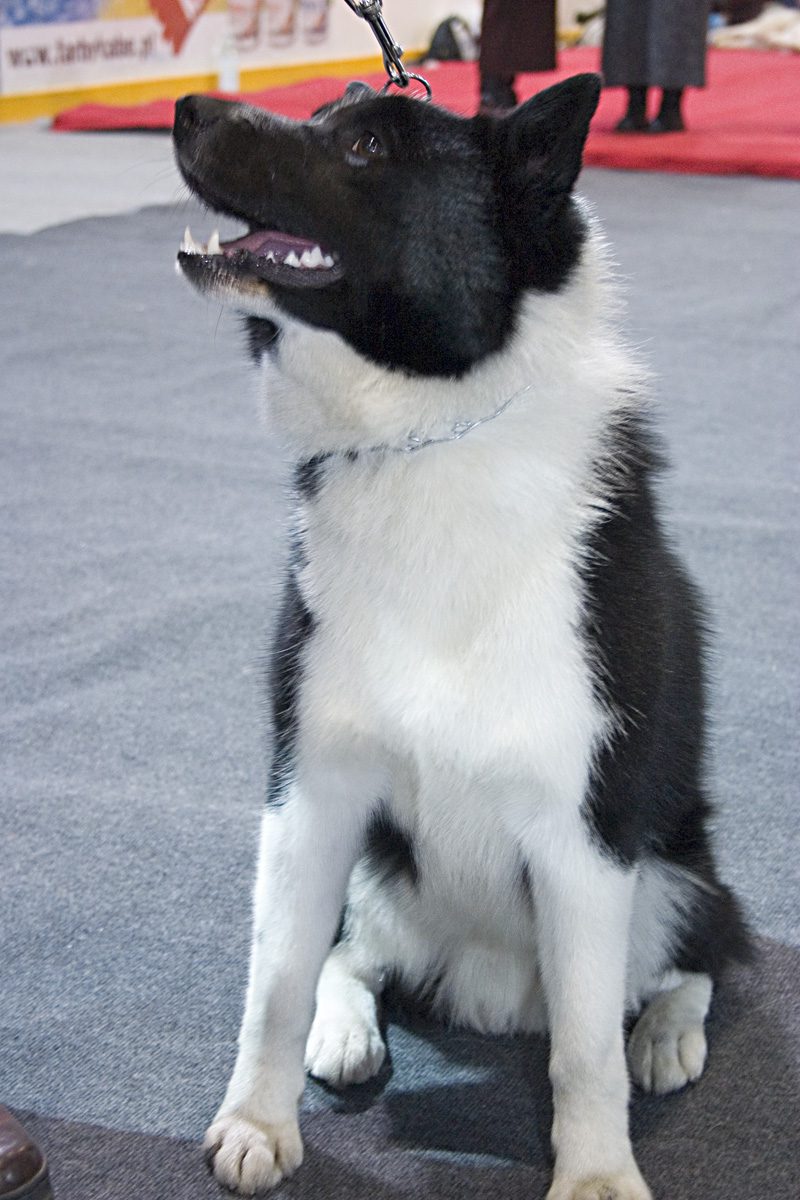 The Russo-European Laika It is characterized by its great sense of direction and its tendency to avoid confinement.

The Laika it is an original breed of dog from the far north. They are spread across the entire land mass of Eurasia, from Finland to the Bering Sea. The Laika, in its three variants, It is the breed of dog with the largest closed range of all. In the first place it was called a hunting dog. In the villages of Siberia, However, it is useful in many ways. In addition to his role as a hunting dog, It is a protection dog and a guard dog and has even proven its worth as a sled dog.

Some associate a dog named “Laika” with the history of space travel. Because the dog Laika was the first living being sent into space by humans. His heat death in the cramped Soyuz capsule was planned from the start. But Laika is also the name of a breed of dog. Most of these dogs are extremely robust and intelligent with a huge gene pool. The Laika It is a breed of dog that has been recognized by the canine world since very early. From the time around 1880 there are several descriptions about these dogs. At that time the animals were already participants in the Moscow dog shows. For thousands of years they had enormous economic and cultural importance. Large parts of Siberia were able to develop by humans only with the help of these dogs.

In the Middle Ages to modern times the Laika played a central role in the fur trade, what made old russia rich. The Laika he was the best hunter of martens. “The hunting dogs of the Sable they must be fugitives, with an exquisite nose, thin face and ears, and possess great sharpness and intelligence.” So it is said in the old reports. Today, hunting wild boar and other game animals is the specialty of this breed. By the way, the name comes from the Russian word “lajat” for “to bark”. The Laika seek and chase the game quietly at first. Once they have caught it, they start barking loudly so the hunter can find it – Hence the name.

Until the years 40, the Laika they were raised according to the old tradition. Without any more preambles, the most suitable specimens were taken for common work with and for humans. They were then provided with a standard for modern pedigree dog breeding.
In 1947 Four races of Laika were established by the Russian Congress of Cynologists, three of them are recognized by the FCI today:

Then there is the Finnish Spitz, that the Russians call the Karelo-Finnische Laika. But the Laika it has nothing to do with the spitz as we know it. They have a completely different nature, although they may look similar on the outside. The races of Laika are very similar to each other and often only differ in details.

Here we describe the Russo-European Laika, which has found a certain diffusion especially in eastern Germany. This still has its roots in the times of the GDR. From 1950 the Laika have been hunters here. Last but not least, but not less important, many of those who worked in the construction of pipelines in the vastness of the Soviet Union brought the race Laika To Germany.

The Russo-European Laika is a dog's size medium, strong, with a slightly longer and dense coat. On the head and ears the hair is short and dense. The construction is almost square. The Laika wears its well feathered tail on its back. The head is reminiscent of a European Spitz with wide awake eyes. Wears it upright like a triangle with pointed ears. The official FCI standard describes a strong dog: “The muscles are dry and well trained. A strong bone structure. Sex differences are clearly marked”. The height at the withers is between 52 and 58 centimeters in males. Bitches are a 2 smaller cm. No weight given. The coat color doesn't really play a role with the Laika. In the Russo-European Laika black with white are considered typical colors.

The Laika is a thoroughbred hunting dog. Has a distinctive sharpness of play, defend the prey, it's focused, but not sharp.

The characteristics that recommend it as a hunting dog and that allow it to survive in the harsh living conditions of Siberia, they do not facilitate its maintenance as a companion and family dog. Therefore, serious breeding expressly attaches importance to a good socialization of the puppies already in the breeder.

As a thoroughbred hunter you have a high level of initiative and want to work independently and with perseverance.. Some experience is needed, consistency and patience to direct this independent head. Otherwise, he would follow his thoughts and instincts at the right opportunity and hunt on his own.

Needs a busy master or caregiver who is able and willing to allow a lot of movement. Worth it. The Laika they are really big dogs: Highly intelligent, docile and seemingly unlimited capacity. You have to merge very closely with this dog. Then follow your caregiver without contradictions. It is a fantastic experience of nature to roam the landscape with this wide awake dog.

The ideal is, if you can lead him on the hunt. The Laika is not a guard dog, but he is willing to defend his family effectively. In front of other dogs he has no interest or is even dominant; seems to feel he is far superior to most local house dogs with his rustic body control and keen emergency senses.

A true Laika, not bred for exhibitions, embodies a wonderful piece of Nordic nature.

The Laika not at all a dog for beginners. It has high demands on its maintenance, that stem from your destiny as a hunting dog. In addition, it is a very independent working dog. If one wants to have the clear leading role as a human, this requires a lot of understanding of the dog. This opens the possibility of a very special intimate relationship between man and dog., which is not based on submission but on mutual respect and true friendship. In addition to his passion for hunting, can also be used for the agility and other sports with dogs. Here he is also enormously powerful but also demanding. So it's not enough to just go to dog sports with him once a week.. Monotonous reps aren't your thing either.

On the other hand, is not picky about attitude. However, a property (well secured) must be available, because at Laika he likes to stay out, what is not to be confused with kennel maintenance. During the hunt the animal never loses contact with its guide. Shows an extraordinary sense of direction, a vital feature in the vastness of Russia. So almost always find – if you want – an exit from the property, and again. A proper hunting guide is ideal. Otherwise, need a teacher or a lover of outdoor sports. The breed is extremely robust and adaptable, but it is not a dog for a flat.

The Russo-European Laika can be well trained for a very experienced dog owner. But you have to get involved with him very intensely. He is open and honest and likes to work with his master and mistress, although his “will to please” be limited. Not a partner for any kind of tricks. Has no problems and is frugal in daily handling, whenever you have your workload on hunting or dog sports.

Care and health of the “Russo-European Laika”

The Russo-European Laika it is absolutely easy to clean. Just need a little grooming here and there, during the coat change a little more.

The Laika is free of problems in its nutrition.

It is not for the world of cacina exhibitions, the Laika healthy breed can easily reach the 12 years and much more with a good physical condition.

As a buyer you should make sure you get a Laika from a breeder who does not inbreed and only allows natural mating.. Other practices are diametrically opposed to respect and love for these original and robust dogs. If you are interested in a Laika, The first thing you should do is check if you want and can spend a close life, common and sporty with these dogs for at least the next ten years. Then you should get information from a local breeder, who is affiliated with a nodic dog club. A puppy of this breed costs around 1.000 EUR.

The Laika it is a very healthy and extremely robust breed of dog, as long as he's not unilaterally bred by a supposed beauty in the dog show business. Hardly any other breed of dog today is fortunate enough to have access to such a large population., naturally original, to a genetic potential as great as the Laika in the vastness of Russia. One can only hope that this great opportunity will be seized by the breeding clubs..