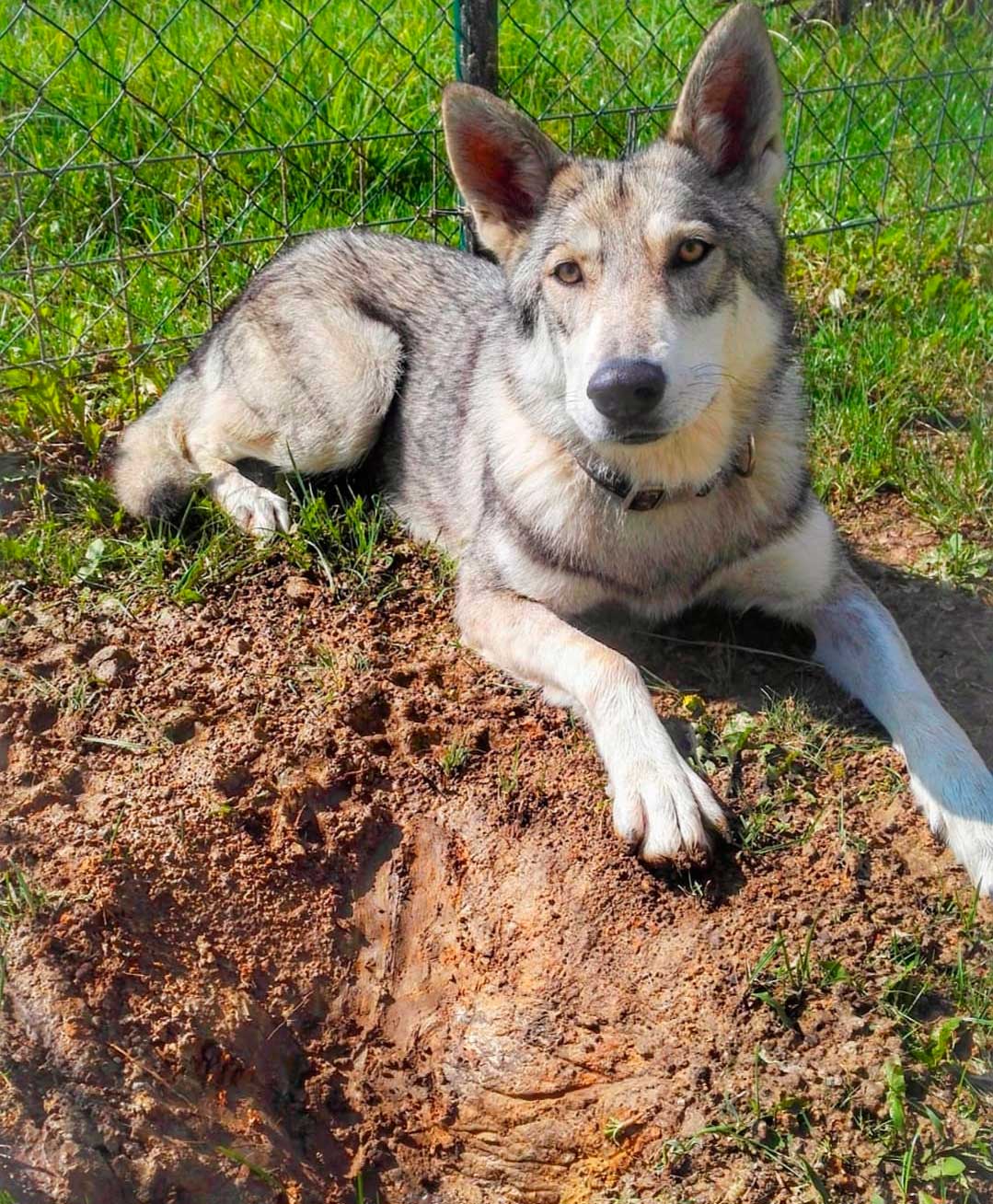 The Dutch Society of Saarloos wolfdog, is the only organism that can supply puppies.

The Sr. Leendert Saarloos (1884-1969) loved nature and also dogs. He realized that the dogs had become too humanized and he intended, as a lover of the German Shepherd, of recovering the natural qualities of this breed to produce a better working dog. For this reason he crossed a male German Shepherd, Gerard van der Fransenum, a dog of the classic Prussian style, with Flowers, a female wolf that originated from the Siberian branch of the European type (1932). Breeding based on the father gave him a basic population of animals with a quarter of wolf blood. During the course of the next experimental phase with strict selection, a new race, the ″ European Wolf Dog ″ had evolved. Select animals of this breed provided good service as guide dogs, and at the beginning they were considered suitable for this task.

Due to the increase in the proportion of wolf blood, usable skill, inherited from the original predecessor, Gerard, gradually lost and it became obvious that the breed was not suitable for use as a working or guide dog. Leendert Saarloos Legacy, not a working dog, but a dog with attributes more attached to nature, was recognized as a breed in 1975. At that time, the breed was named ″Saarloos wolfdog″ In honor of its founder: Honor for whom honor deserves.

It is a dog type lupoid with powerful but light skeleton, with long limbs. The eyes, medium-sized, macaroons, are slightly oblique and preferably yellow in color. The expression is attentive and reserved time, but without a trace of fear. The ears, medium-sized, they have a fairly wide insertion and are pointed, fleshy and hairy. The tail is implanted quite low and at rest it takes the form of a saber, not too mobile. Can carry it high when active or intimidating.

The differences in secondary sexual characteristics are pronounced between males and females.

Strongly hierarchical, he is very close to his owner and distrusts strangers. It is a dog to enjoy and study (better as a couple or in a group) especially by fans of ethology, but it is not recommended to use it for guard and defense, because he tends to run away from man. Your reservation and your way of avoiding unknown situations, just like a wolf, are typical characteristics of the Saarloos wolfdog.