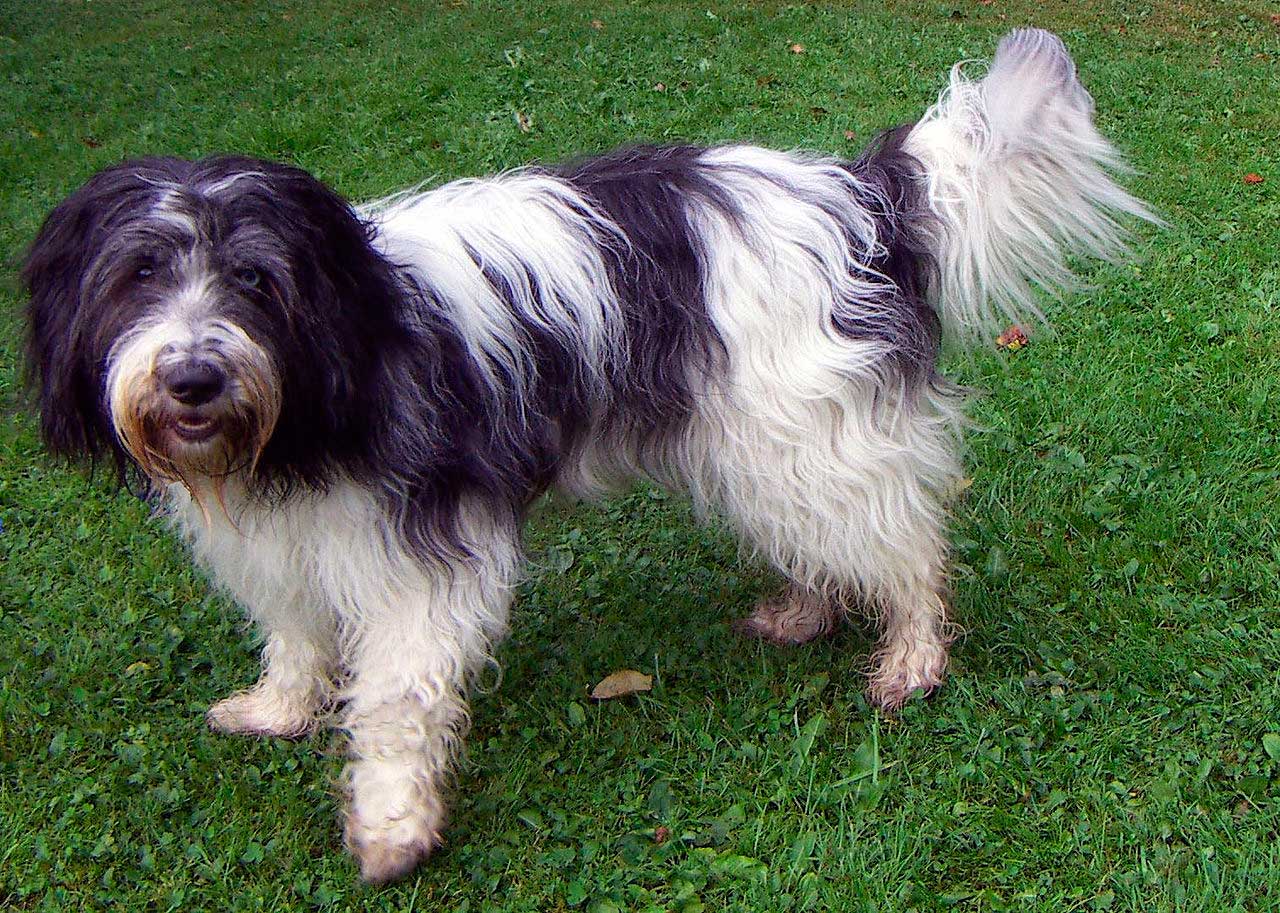 The Schapendoes It is also used as a companion dog, but little known outside the Netherlands.

At the end of the last century and the beginning of the present, appeared the Dutch schapendoes en la mayoría de los lugares de los Países Bajos donde había landas y rebaños de ovejas. The shepherds esteemed him for his tireless spirit of work and for his intelligence.. It belongs to the versatile group of long-haired herding dogs that have a densely covered head. It is related to the Bearded collie, the Puli, the Polish Lowland Sheepdog, the Bobtail, the Berger de Brie, the Bergamasco and the German sheep pudding in the variety presented in Hessen, Odenwald and the lower Rhine regions. Todos estos perros similares entre sí, are small mutations of mountain dogs.

The Schapendoes It was not recognized as a distinct breed until World War I and was close to extinction in the 1990s. 1940 due to the competition of the Border Collies imported. In 1947 a breed club was formed, el Dutch Schapendoes.

The race began its march towards a formal identity in 1954, cuando se estableció un estándar de la raza y un libro de cría. However, it was not until 1971 that the Schapendoes gained full recognition as a Dutch race. The FCI (Federation Cynologique Internationale) recognized the breed in 1989.

Recognized by the United Kennel Club in 2006, the Schapendoes has been registered with the Foundation Stock Service of the American Kennel Club since 2005, but it doesn't have full recognition.

It is a long-haired and light-built dog. The eyes are quite big, rounded and brown, the expression must be frank, loyal and alive. The ears are inserted quite high, they are not thick or fleshy and hang freely by the head, the tail is long and covered with streaked hair, at rest hangs vertically, at a trot he carries it very high and curved, waving sensibly to the right and left; at gallop it remains straight and horizontal.

Its movements are elastic and agile; he is an exceptional jumper.

El típico Schapendoes friendly and adaptable it is generally easy to get along with, as long as you get plenty of exercise and play. Although he is an independent thinker, is usually cooperative and wants to please. He tends to enjoy being with his people, así que espera que se quede cerca de ti, inside or outside.

The Schapendoes works the sheep by elbowing their nose and shoulders, and you can try to do this with people too, especially with the children. Do not allow. On the positive side, He is generally a playful and energetic friend for children who are old enough to throw a ball for him, run with him and teach him tricks.

Esta es típicamente una raza inteligente que es rápida para aprender. But it is important to be clear with the rules or he will try to avoid them if you are not consistent.

Its generally alert nature can make this breed a good watchdog.. Although grazing breeds have a tendency to be vocal, the Schapendoes not usually a great barker. However, can become an annoying barker if left to himself and bored.

Como la mayoría de los perros de pastoreo, the Schapendoes requires a lot of socializing to make sure you don't get too cautious or suspicious. Socialize puppies at a young age with many people, different environments and circumstances so they can learn to adapt.

Start training a Schapendoes el día que lo traiga a casa o, before you know it, he will train him. (If these dogs were lawyers, conocerían todas las lagunas legales.) It is capable of absorbing everything you can teach it. No esperes hasta que tenga 6 months to start training or you will have a more stubborn dog in your hands.

If possible, take it to a trainer when you have 10 a 12 weeks and socialize, socialice, socialice. However, Note that many kinds of training puppies require certain vaccinations (such as kennel cough) stay up to date, y muchos veterinarios recomiendan una exposición limitada a otros perros y lugares públicos hasta que las vacunas para cachorros (including rabies, distemper and parvovirus) They are completed. Instead of formal training, You can start training your puppy to socialize at home and among family and friends until immunizations are completed in the puppy.

The puppy Schapendoes Perfect not fully formed out of the whelping box. It is a product of his background and upbringing. Look for a puppy whose parents have good personalities and who has been well socialized from an early age.

The Schapendoes they are generally healthy, but there is some incidence of progressive retinal atrophy (ARP), an eye disease that can cause blindness. Responsible breeders do DNA testing of their dogs for PRA and have them examined by a certified ophthalmologist before breeding.. They also examine their dogs for hip dysplasia.

Recuerde que después de haber acogido a un nuevo cachorro en su casa, has the power to protect you from one of the most common canine health problems: the obesity. Keep a Schapendoes being the right weight is one of the easiest ways to promote better overall health.

The Schapendoes has a dense double coat with fine fur that is slightly wavy. In its longest part, in the hindquarters, the hair is about 7 cm long. The head and face of the breed are characterized by a pompadour, a mustache and beard.

Considering how much hair you have, the Schapendoes is quite easy to style, no requiere ningún recorte o recorte. It is normal for it to look a bit messy.

Even so, it is better to check it a few times a week so that it does not get tangled and brush it accordingly. To help prevent tangles, puppies may need to be groomed two to three times a week as their adult coat appears. Bañe al perro según sea necesario.

You will not find the coat of your Schapendoes or the hair on your hand after stroking it, because the breed normally loses very little.

Coexistence is important that you have with your new friend. Before considering the acquisition of a dog of the breed "Schapendoes" you know certain factors. Not all breeds of dogs are apt to live in an apartment, you must take into account his character, their need for exercise, their interaction with other pets, their care and if you have small children, their level of tolerance towards them.


FCI standard of the breed "Schapendoes"

If you liked, rate this entry.
5/5 (1 Review)
Share with your friends !!
Twitter2Facebook3Pinterest
5
SHARES