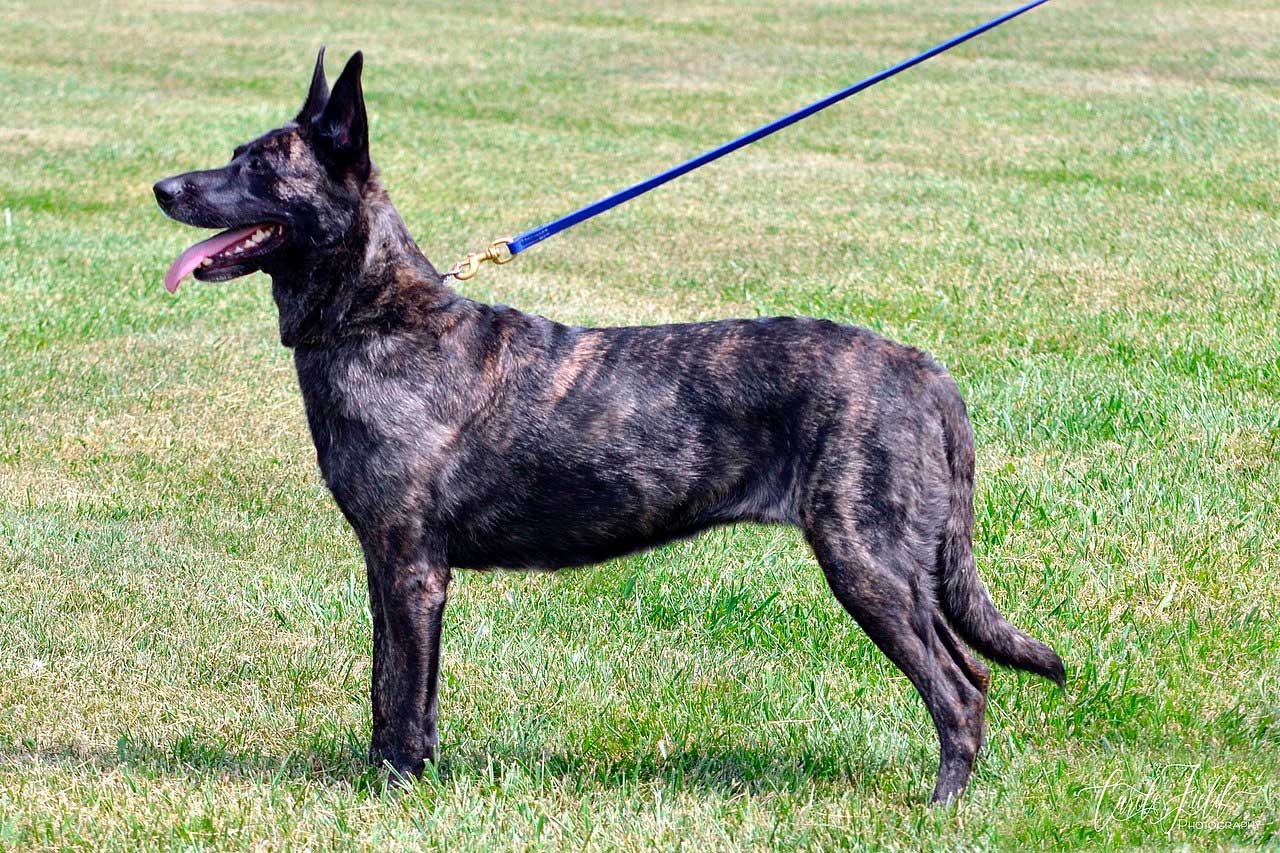 The most widespread variety of Dutch Shepherd she is the one with long hair, but the breed is almost unknown outside the Dutch borders.

The Dutch shepherd descends directly from the belgian shepherds, which is very similar (including subdivision into three hair varieties).

Originally the main function of the Dutch shepherd it was typical of a country sheepdog. From the earliest times the Dutch had an agricultural culture, among others, made up of flocks of sheep. Dogs should keep the herd away from planting, which they did patrolling the limits of the road and the fields. They also accompanied the transfer of the herd to the common meadows, markets and ports. In the farm, kept chickens out of the kitchen yard, cows were herded for milking and the milk cart was pulled. They also alerted farmers if anyone entered. Around 1900, herds had almost disappeared in the Netherlands. The Dutch Shepherd's versatility made him suitable for training, which at that time was beginning to become popular. Thus began a new career as a police dog, search and rescue and as a guide dog for the blind. Still capable of herding flocks anyway. The first breed standard dates from 12 in June of 1898.

It is a dog of medium size and weight, quite muscular, Powerfully built and well proportioned. His expression is intelligent and temperament, live. The eyes are dark in color, medium-sized, macaroons, somewhat oblique and never round. The ears, smaller than big, they are straight and facing the front, and inserted high. The tail, that at rest hangs straight or forms a slight curve, reaches the tip of the hock. When it is active, the dog is elegantly elevated, never coiled; never falls on the sides.

Affectionate, obedient, docile, vigilant, trustworthy, undemanding and very resistant. Always watch out, active and endowed with the true nature of a shepherd dog. It is a little less reactive and less nervous than Belgian Shepherd, the one who looks like, However, even in character.

The Dutch Shepherd works willingly with his master and is able to cope with any task assigned to him.
Herding larger herds must have the ability to work in conjunction with various other dogs..