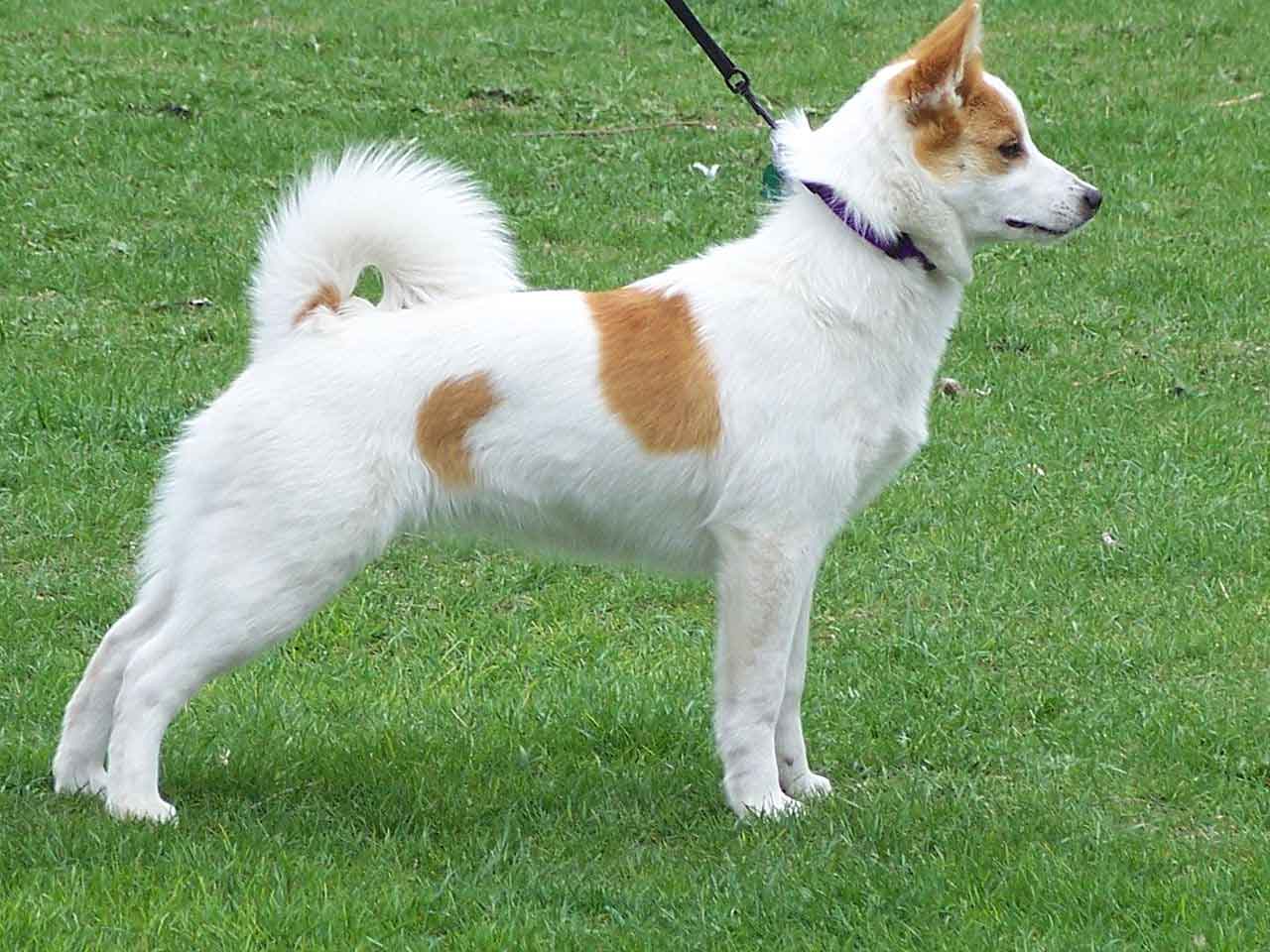 The Norrbottenspets also used as a draft dog.

The Norrbottenspets (Spitz from the North Bothnia country) probably originates from the small spitz-type Laika that was known to live with hunters in the North Cape area, already in prehistoric times. Little hunting spitz have survived for thousands of years through natural selection - survival of the fittest. In the very harsh and difficult areas of the northern part of the Scandinavian Peninsula, hunting for food and skins was a necessity in order to survive. Precious skins like saber, Sable fur and ermine were the only valid currency for centuries. When fur prices fell drastically after WWII, so did the interest in him Norrbottenspets.

The breed disappeared and there were no records for many years, hence the Kennel Club of Sweden (SKK) declared it extinct. But only a decade later news came that true-type specimens had been found living as pets and watchdogs in small inland homes in North Bothnia.. Due to the very dedicated work of a few men, this ancient hunting spitz was saved.
In 1967 the Norrbottenspets was introduced to the Registries and a new standard was drawn up.

It is a small spitz-type dog with a rather square appearance, compact and plump, with a lean and strong musculature. The bearing is handsome, with head and tail high. The breed has a strong sexual dimorphism, although the ideal specimen for both sexes is a well-characterized small spitz, attentive, good guardian, of harmonious construction and good character.

The skull is sharp, with the ears set high and relatively small, eyes are dark and bright, and express calmness and predisposition towards work.

Ears are slightly below average size with sparse hair and erect bearing. The tail is set relatively high, fairly tall in a semicircle, with the tip touching the sides of the thighs. When it stretches, must not exceed the tip of the hock.

Hair: hard, short, straight and quite bushy, with fine and dense undercoat. The length varies depending on the body area: longer around the neck and on the thighs and shorter on the skull and front of the extremities.

Color: all colors are allowed. The ideal is white with yellow or brownish red spots. 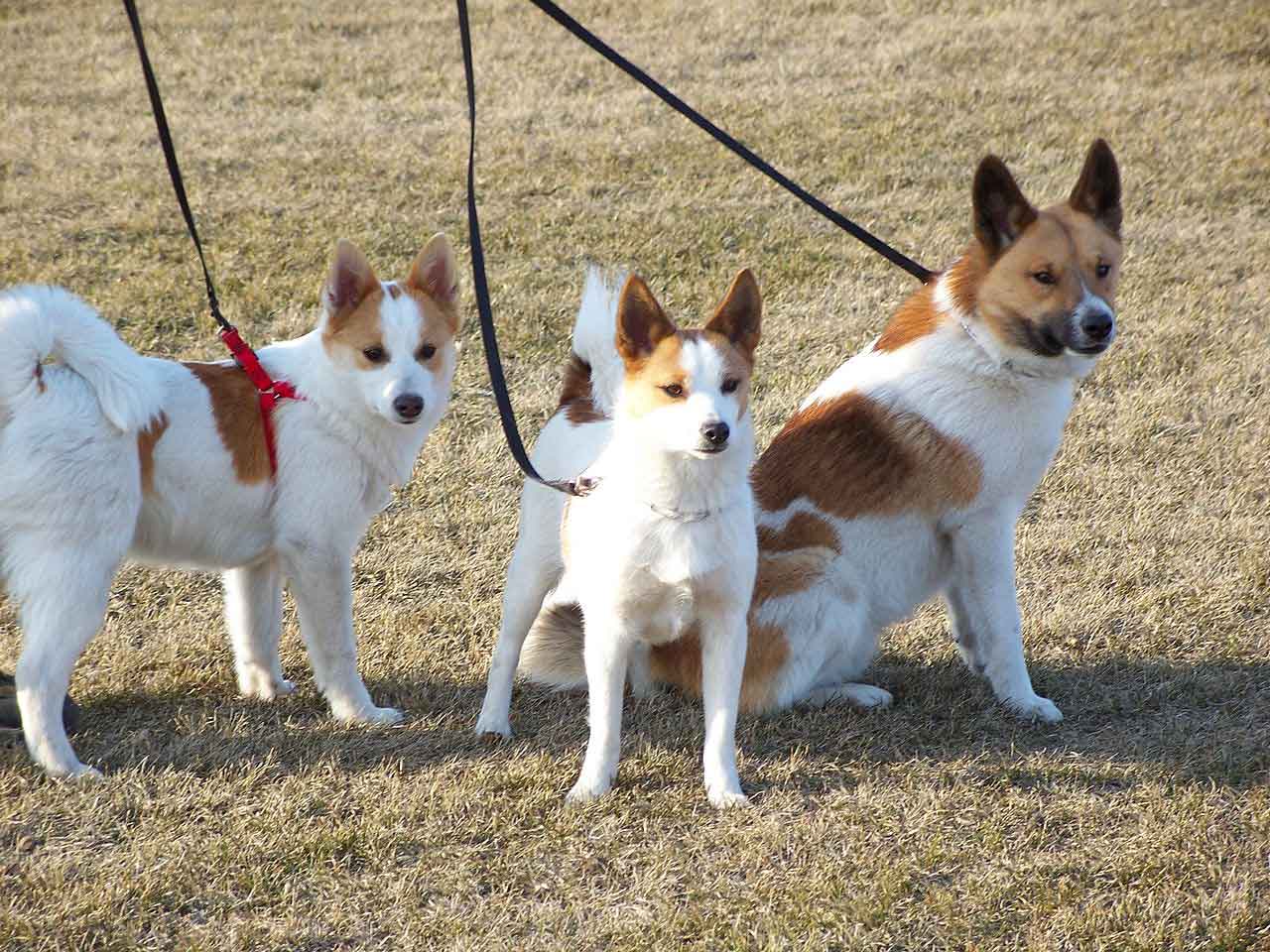 The pretty white colored Spitz, medium size and short hair is very rare in his native country and practically unknown outside of Sweden.

He is an excellent guard with a lot of drive, temperament and stubbornness. With proper physical and mental tension, it is also a nice and friendly companion dog.

As a born hunter, the Norrbottenspets He is very Brave, fearless and alert. He is extremely lively and has a lot of temperament and self-confidence. The Norrbottenspets it is very suitable as a guard dog, because it reports everything I miss immediately without being aggressive. In the family he is very sociable, friendly and gentle. But the intelligent and self-confident dog can also be stubborn and needs a sensitive education and clear guidance..

The Norrbottenspets he is very docile, but it needs a lot of movement and a lot of demanding and varied activity. The ideal are, for example, tests with companion dogs, sports tournaments with dogs or rescue dog training. Only with appropriate mental and physical activity will Norrbottenspets it is also a nice and friendly family companion dog. As a pure house dog or for a life in the city it is not the right dog.

Coexistence is important that you have with your new friend. Before considering the acquisition of a dog of the breed "Norrbottenspets" you know certain factors. Not all breeds of dogs are apt to live in an apartment, You must take into account their character, their need for exercise, their interaction with other pets, your care and if you have young children, their level of tolerance towards them.