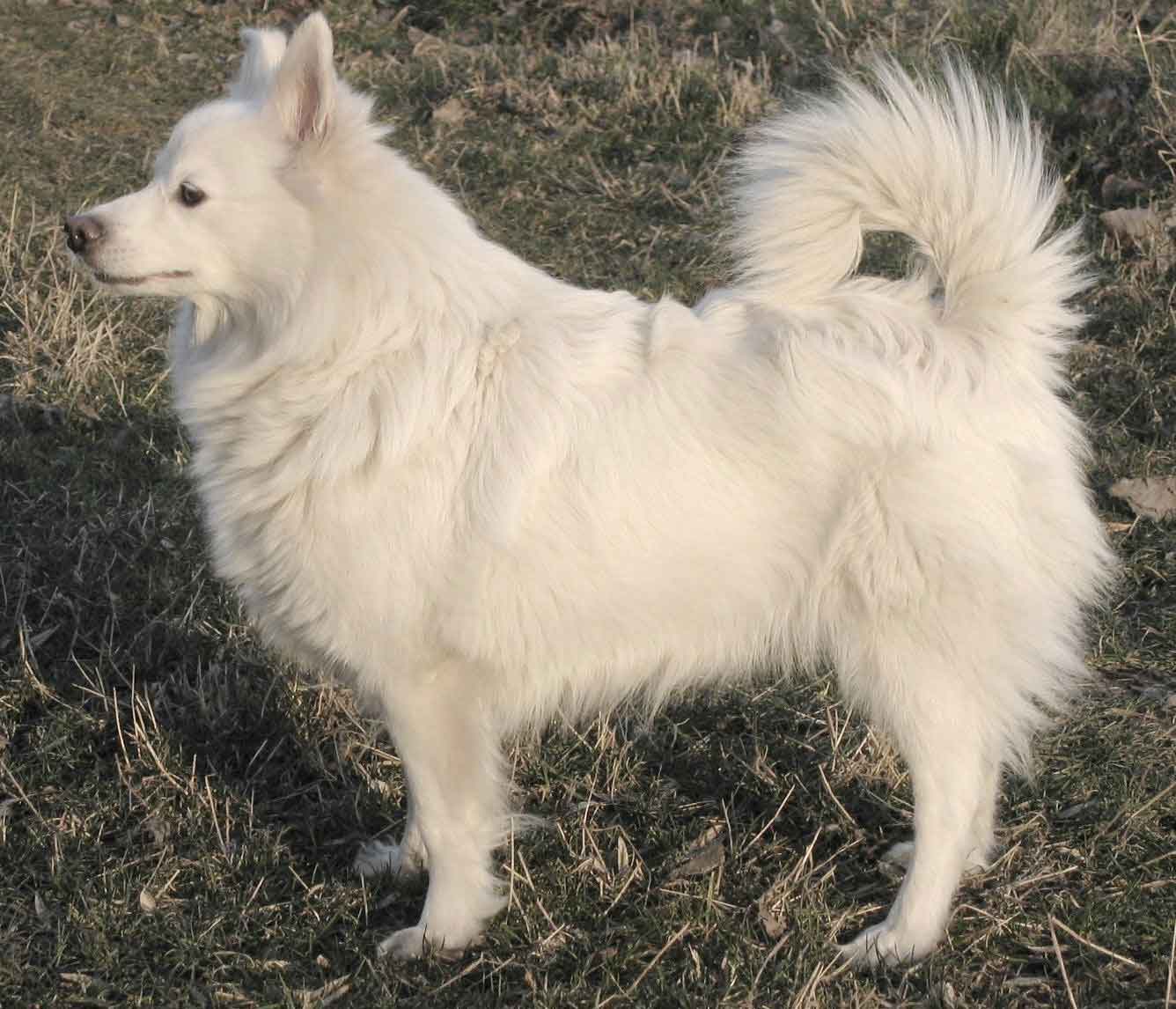 Although I do not necessarily suspect it at first glance, the large Spitz is also extremely robust and weather resistant.

The Grossespitz (Giant or Large Spitz) black, on the other hand, used to be more common in vineyards in Baden Württemberg. His excellent wakefulness instinct was a great help to the winegrowers in keeping off the grape thieves, both animals and humans, away from the valuable vines.

The Grossespitz (Giant or Large Spitz) is characterized by its special double layer. The long straight top layer looks very bushy due to the thick, padded undercoat and stays away from the body. Particularly striking is the strong horsehair fur collar and the bushy tail that curls over the back. The fox head with the agile eyes and the pointed ears, small and narrow give this Spitz its characteristic appearance.

With a shoulder height of up to 50 cm and a weight of 15-20 kg, the Grossespitz (Giant or Large Spitz) is the second largest representative of the German Spitz after the Keeshond. It is raised in black colors, White and Brown.

Males and females category “Grossespitz (Giant or Large Spitz) ” they are very similar in weight and size. However, the males representing the breed mostly appear heavier and larger. This is due to the fact that their coat is slightly longer and therefore appears more voluminous than that of female dogs..

The Grossespitz (Giant or Large Spitz) needs a lot of movement and exercise. Therefore, long walks and running games and slides should always be on the agenda. In addition, dog sports such as agility, obedience or tracking can bring additional variety to the dog's life and make optimal use of the breed.

Although I do not necessarily suspect it at first glance, the Grossespitz (Giant or Large Spitz) it is also extremely robust and weather resistant. Due to its distinctive protective instinct, they are also considered ideal guardians for the house and yard. However, without proper training, can become a very barking dog. Through an appropriate workload for each species, good socialization and a consistent but loving upbringing, desirable behavior can be encouraged, namely, “don't bark”.

Get enough attention and feel well integrated into family life. As they have almost no hunting instinct, they are usually relatively easy to train and can be recommended for beginners. However, it is important to inform yourself widely about the breed and its requirements beforehand.

Like all the other spitz, to the Grossespitz (Giant or Large Spitz) likes to be in contact with children and loves to play with and protect them. Therefore, fits well in a lively little family, in which there is always something to do and much to discover.

So that the Grossespitz (Giant or Large Spitz) can exercise your favorite activity as a watchdog, the ideal would be to keep it in a house with a patio and garden. If the four-legged friend moves regularly and has mental problems, you can also consider keeping it in a city apartment, as long as there are enough opportunities for exercise nearby.