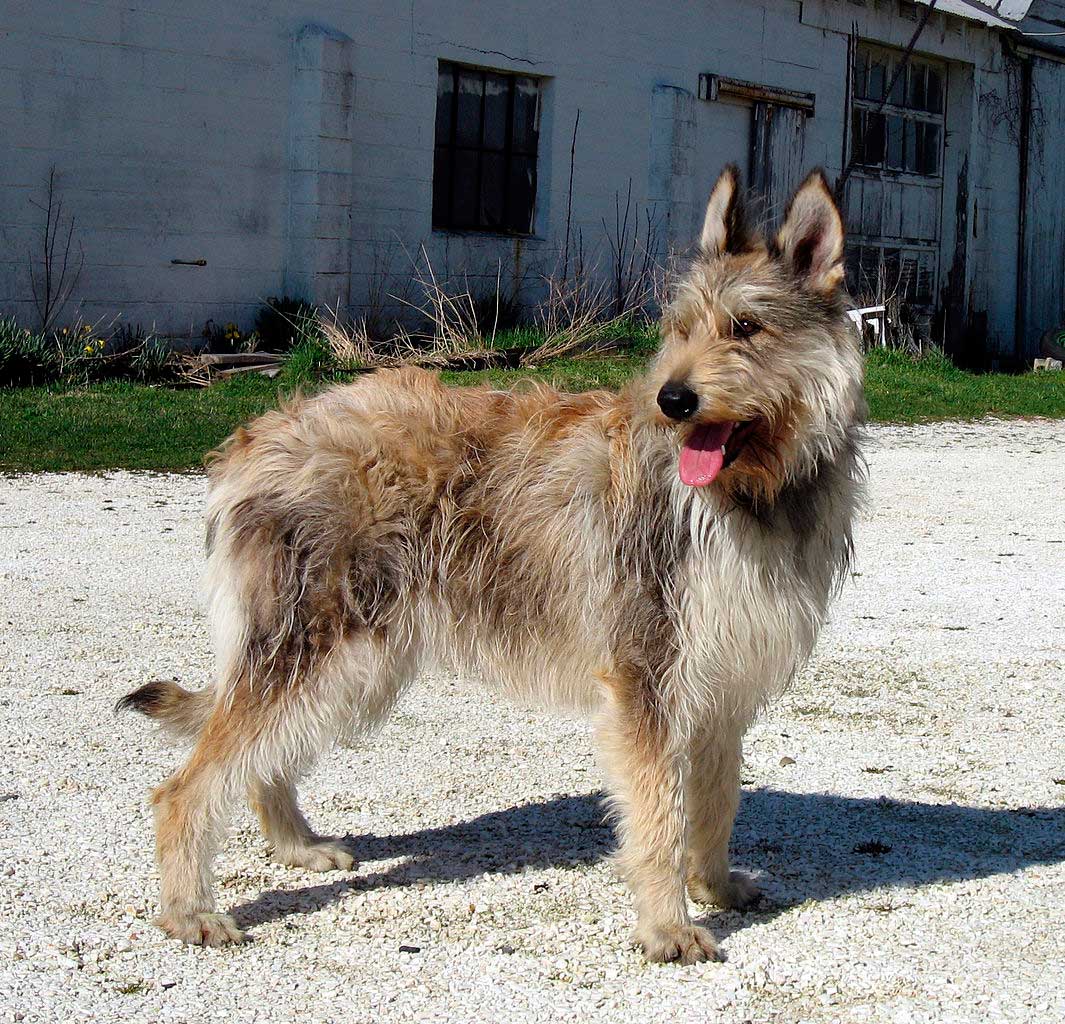 The origins of the Berger Picard are ancient (is represented in a painting from the 8th century) and, However, there is no certain news of race before the year 1899, when he first appeared at an exhibition (where she was not judged because nobody knew her). The first French club for the protection of the breed did not appear until the year 1955.

It is a dog of medium to large dimensions, well proportioned, rustic but elegant looking, characterized by its primitive shapes and rough hair. The head is provided with the size; the stop is very light and the forehead, slightly convex. The nose is strong and not too long, It should not end in a point. The nasal spout is straight. He has fine mustaches and a nice beard.

Ears are inserted high, they are wide at the base and their bearing is upright, with the tip forward. The eyes are more or less dark, according to the coat color. The neck is strong and muscular. The thorax, alto. The total length of the trunk is slightly greater than the height at the withers. The tail reaches to the hock. At rest the dog carries it low, and on the move, highest; forms a slight curve at the tip.

The Berger Picard He is very happy and playful as a family, especially with the children, while he's more reserved with strangers. It is very faithful to its owner, next to whom he would like to be constantly and to whom he shows his affection in all possible ways.

It is much less nervous than other sheepdogs. It is equipped for all guard functions, defense and utility. It is very versatile, which means it is suitable for any task, either as a pastor, either guardian, and able to adapt to being a simple companion dog.
It is a pity that it does not stand out from the aesthetic point of view, which does not favor its diffusion, because it has one of the safest and most balanced characters known, provided it is in the hands of a firm and determined owner.