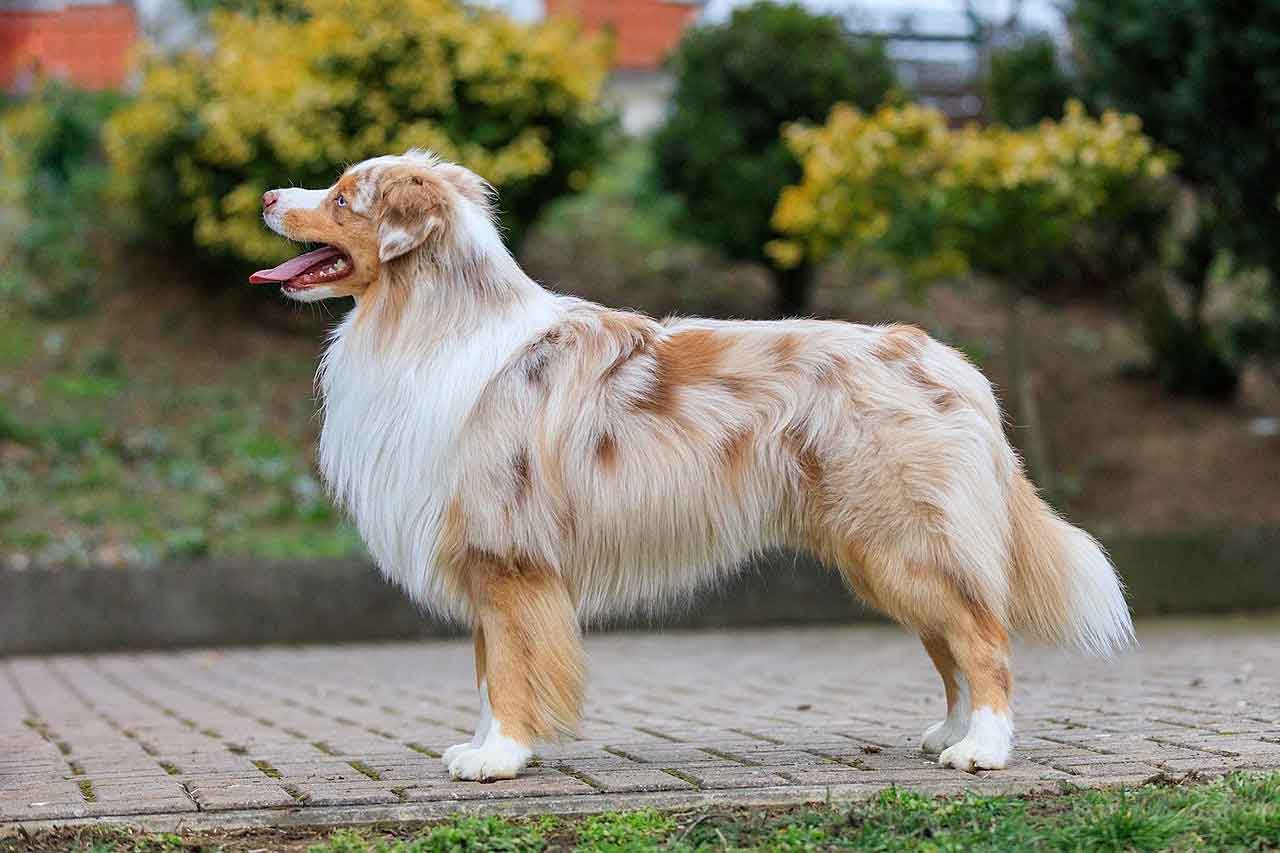 With his alert expression, attentive and intelligent, the Miniature American Shepherd has all the qualities of Sheepdogs

In forty years, Americans have managed to fix the characteristics of this new breed, from the strains of small Australian Shepherds. Recently, the American Kennel Club (AKC) agreed to integrate and, therefore, recognize the Miniature American Shepherd as a race in its own right, integrating it into the Pastoral Group “Sheepdogs” … next to his ancestor, the Australian Shepherd.

In the decade of 1960, the little ones Australian Shepherd that worked on the rodeo circuit in the United States were selectively bred to further reduce their size. The new breed was originally called the “Australian Shepherd” in miniature. “They became especially popular with riders who traveled to horse shows, since his intelligence, loyalty and size made them an excellent travel companion”, say the experts of the Club del Miniature American Shepherd from the USA. “In this way its popularity spread throughout the country.”

Currently, the breed is recognized by the FCI (Fédération Cynologique Internationale), in view of the number of breeders that are embarking on the selection of this breed of dog in Europe.

The Miniature American Shepherd shares many physical traits with its predecessor the Australian Shepherd, only on a smaller scale. The females measure between 33 – 43 cm at shoulder; the males between 35,5 – 46 cm.. Despite its size, they are every inch a real herding dog: energetic, versatile, robust and extremely bright. Striking fur comes in black, blue merle, red and red merle. (Merle exhibits any amount of marbling, spots or mottling.) The Miniature American Shepherd they move with the smooth, agile gait of a dog built for tough work on rough terrain.

With his alert expression, attentive and intelligent, dogs Miniature American Shepherd they have all the qualities of a little Shepherd dog, with a pronounced instinct to lead and watch over the herds. Easy to train, able to respond to a variety of demands that allow them to evolve in different sports disciplines. the Miniature American Shepherd However, they are reserved for people who are not familiar to them.. But once the “known”, becomes a wild playmate, and capable of real feats, thanks to its agility and small size.
Like all working dogs, especially those able to work in their original profession, when in a situation with a herd of animals, their behavior changes and they become attentive and tireless helpers.

Its small size, your toilet reduced to a minimum, their adaptability and listening skills, greatly facilitate your life and your education in the city. But, like all shepherds, need to spend and “empty” his overflowing energy. Beautiful walks and runs in the forest are essential to maintain your tone, his physical form and his playful character.

This solid and sturdy dog, just like their ancestors, does not pose any particular problem in feeding. His health is that of a dog from generations of working dogs, although many buyers take the step of having a companion dog that is easy to live with. Never forget where it comes from, as you deserve regular physical activity to maintain your figure and strength.

The Miniature American Shepherd is generally a healthy dog, and responsible breeders test their breed for health conditions, communicating with other breeders dedicated to working together for the health of the breed and the preservation of its unique qualities.

Although the Miniature American Shepherd it is a relatively healthy breed, the following complications have been observed:

Regular visits to the vet for checkups and parasite control help ensure a long and healthy life for the dog.

The Miniature American Shepherd has a double coat, with a longer outer coat and a wool underlayer. The breed shows a good amount, even more so during shedding season, which can happen once or twice a year. Weekly brushing, daily during molting season, will help remove dirt and loose hair and keep the dog looking its best. Balls or tangles can be resolved with a finer brush or metal comb. As in all races, nails must be trimmed regularly, too long nails can cause discomfort to the dog.

As in all races, early socialization and training classes for puppies are recommended, which help to ensure that the dog becomes a well-adjusted and well-behaved companion. Smart and willing to please, the Miniature American Shepherd is highly trainable and will reach its best potential as a partner when taught at least basic obedience.

The Miniature American Shepherd he is active and athletic, and requires a moderate amount of exercise but is also very adaptable to your family's way of life. They do well as city dogs as long as their owners provide them with enough exercise.. They enjoy outings with their people that will occupy both their mind and their body. They enjoy and excel at many dog ​​events, including obedience, agility and tracking.

Coexistence is important that you have with your new friend. Before considering the acquisition of a dog of the breed "Miniature American Shepherd" you know certain factors. Not all breeds of dogs are apt to live in an apartment, You must take into account their character, their need for exercise, their interaction with other pets, your care and if you have young children, their level of tolerance towards them.