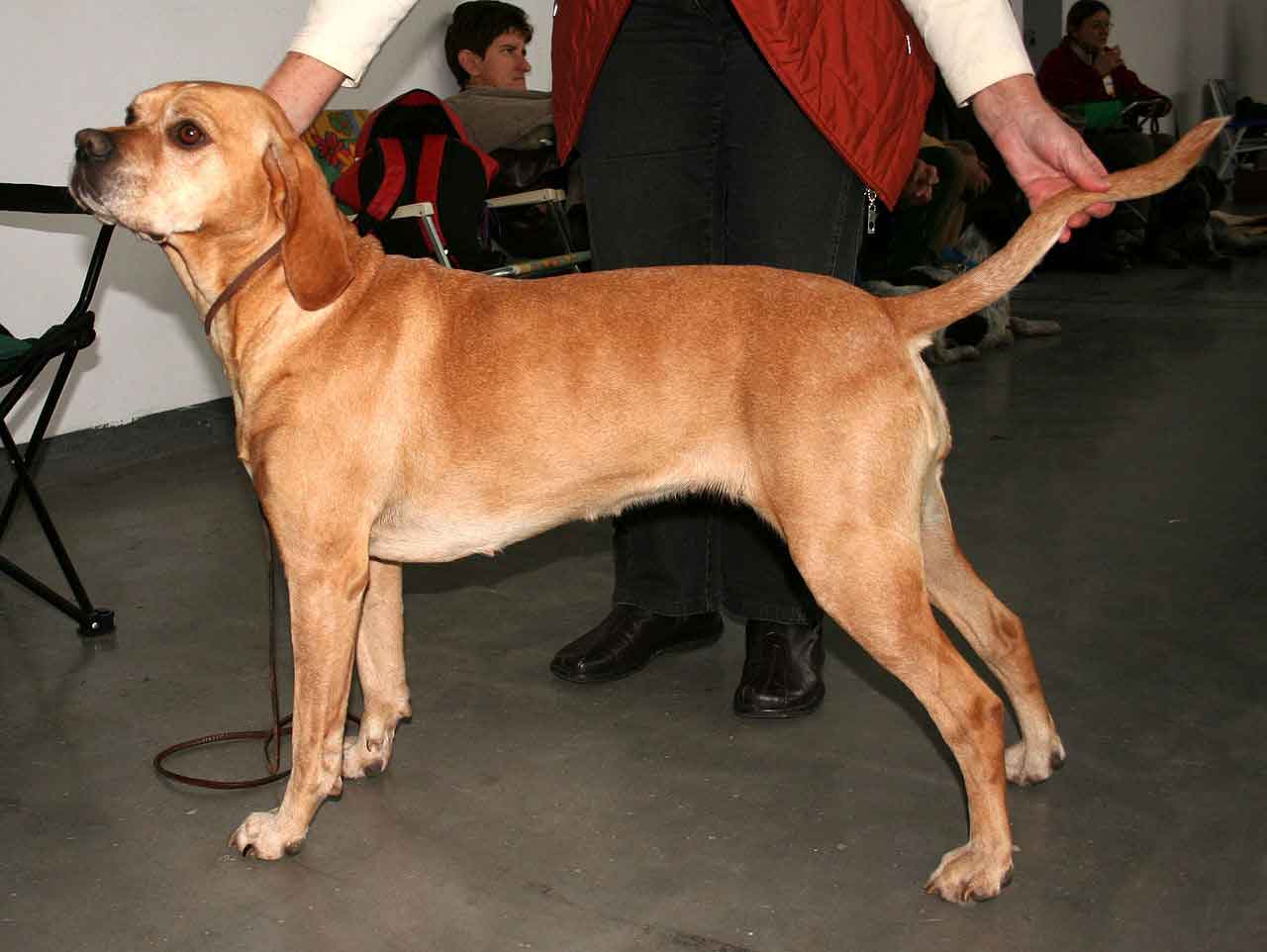 The Portuguese Pointer He is extremely affectionate and very attached to children, it is also a very submissive dog.

Coexistence is important that you have with your new friend. Before considering the acquisition of a dog of the breed "Portuguese Pointer" you know certain factors. Not all breeds of dogs are apt to live in an apartment, you must take into account his character, their need for exercise, their interaction with other pets, their care and if you have small children, their level of tolerance towards them.

The Portuguese Pointer arose from Perdigueiro Peninsular, an ancient breed of Iberian dogs, its presence is documented since the 10th century, Its first appearance in art is on a Visigothic-Arab tombstone of the Church of San Juan Bautista de Tomar. Its evolution was the result of several factors such as adaptation to the climate, the type of hunting, the terrain and the selection introduced through the Portuguese cultural specificity.

In the fourteenth century, It was bred in the royal kennels and used for hunting Altaria, being known as “Podengo de mostra”, showing already the possibility of stopping before the hunt. In the 16th century (reign of D. Sebastião) su uso por las clases populares era común (although prohibited). The constant bleeding in the working arms caused by the discoveries, the abandonment of the fields, hunger and change of habits, led the population to resort more to hunting for food and, as a result, to the use of Pointing Dogs, that they were “prohibited” for causing, thanks to its excellent qualities, serious damage to the vested interests of the royal house and the nobility.

In the 18th century, Many English families established a presence in the Porto region in the business of wine production and came into contact with the breed being brought to England where it played an important role in the origin of the English Pointer.

At the end of the 19th century it suffered a certain decline, due to serious social upheavals and new tastes and contacts with the outside world, that gave projection to the foreign races that were then in fashion. But it is still represented in art objects (tinaja painted by D. Fernando II of Saxe-Coburg, Pena-Sintra), cuadro del Rey D.Luis y los príncipes en ropa de caza en el Palacio de Ajuda, Lisbon), painting of a hunting trip of an Englishman in the Douro (Quinta de Gatão, Duero) o en cerámica artística de la Real Fábrica do Rato (Pimenta Palace, Lisbon).

Only in 1920 some breeders strove to save the breed, locating some of the dogs in the inaccessible north of Portugal. El libro de pedigrí portugués se estableció entonces en 1932 and the breed standard in 1938. For at least a thousand years, this dog always had the same square head, triangular ears and compact look.

The Portuguese Pointer comes in average proportions, straight, good guy, robust but with a harmonic conformation allied to the manifest elasticity of the movements.

The head is proportionate in relation to the body, well shaped and harmonious; seems to be big on the set. A little thick, However, it is neither bony nor thick and has loose and thin skin.

Yellow in light varieties, common and dark, solid or white spotted on the head, the neck, chest and footwear.

The Portuguese Pointer he is an extremely gentle and affectionate dog, with great delivery capacity and very resistant. It is quiet, very sociable and a bit petulant in relation to other dogs. Works with vivacity and persistence and is curious by nature. He always keeps in touch with his hunter.

He moves with an easy step and is graceful. It is versatile in its function and very adaptable to various terrains, climates and types of hunting.

Extremely affectionate and very attached to children, it is also a very submissive dog. Can, for lack of education, do not obey gestures or orders. However, it's easy to train.

The Portuguese Pointer has an average life expectancy of 14 years. Se considera una raza resistente sin problemas de salud específicos. However, hip dysplasia, lunation of the patella, cancer and autoimmune diseases are potential health problems for dogs of this size.

If you liked, rate this entry.
5/5 (1 Review)
Share with your friends !!
Twitter22Facebook3Pinterest
25
SHARES