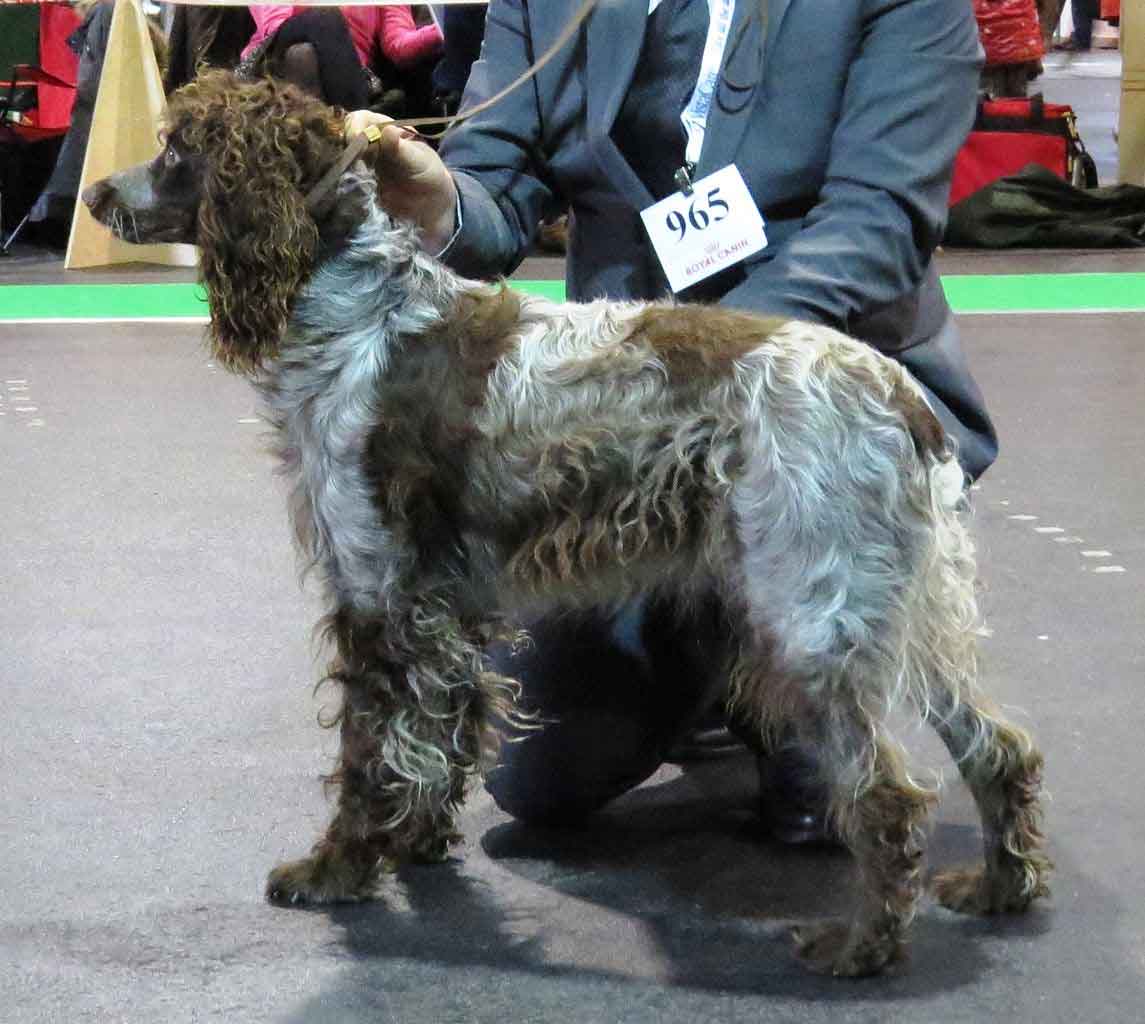 The Pont-Audemere Spaniel he is a gentle dog, very balanced and obedient. energetic, smart and loyal, they are easy to train.

The Pont-Audemere Spaniel is originally from the Pont-Audemer region, looking for the Marais Vernier, in Normandy, where it is traditionally used for hunting waterfowl. In 1886, the Kennel Club of Le Havre began to select him. After the Second World War, only a few copies of this small brown spaniel remained and crosses were made with the Irish Water Spaniel to save the race.

The Pont-Audemere Spaniel It's very weird. The total population of the breed is about three hundred individuals in France. Some breeders perpetuate the breed, mainly in Normandy and Picardy.

The Pont-Audemere Spaniel he is a stocky and vigorous Spaniel, whose body is almost square. Placed almost at the level of the line of the loins, the tail is carried quite straight. It is usually cut in the third; when the tail is not cut, It should be of medium length, a little curved. Dark amber or hazelnut, the eyes are rather small. The upper part of the skull and the long ears are well provided with curlers that frame the head, giving the impression of wearing a wig.

Hair is slightly rough on the body, wavy, neither flat nor curly. The fur is brown, preferably brown and speckled gray, with reflections of dead leaves.

The Pont-Audemere Spaniel is loving and displays unwavering loyalty to his masters. However, if they don't get their regular dose of care, these dogs can often get anxious, which is an important trait of his personality.

These dogs are especially good with children and are very sociable. They are also great playmates and family companions.. However, if you are looking for a good watchdog, it may not be the best option, as they are too friendly and quiet to keep an eye on something or someone.

This breed gets along very well with other dogs, but does not get along with dogs of the same breed that do not belong to the same pack or group. It is also not very friendly with other pets.. However, puppies of this breed mix easily with other pets and are known to have a friendly demeanor towards them.

The training of the Pont-Audemere Spaniel It is easy. This dog is very obedient and loyal to the orders of the master. However, training sessions should be short, since the dog hates any long and repetitive task.

This dog has aggressive exercise needs, which means that even long walks don't usually satisfy you. The most satisfaction you would get would be from any long hunting session. However, if hunting is not a reality, this dog should be allowed to romp in controlled areas so that it burns enough calories to meet its exercise requirements.

Like the rest of the animals, this breed has health conditions to watch out for. canine hip dysplasia, a condition related to the hip cavities, can cause arthritis in dogs. These dogs are also prone to Von Willebrand's disease (a bleeding disease related to clotting), and hyperthyroidism (overproduction of hormones in the thyroid).

Apart from these problems, patella luxation and dental problems are the most common in this breed. alopecia, a skin disease caused by ringworm or other parasites, can also affect these dogs.

In summary, the following health problems are not uncommon in the breed Pont-Audemere Spaniel:

The fur and skin of these dogs may look like they need a lot of grooming, but in reality, this breed needs little to no maintenance. A regular brushing once or twice a week is all you need.

However, the dog's ears need to be cleaned whenever necessary and are at risk of infection if not kept clean.

Coexistence is important that you have with your new friend. Before considering the acquisition of a dog of the breed "Pont-Audemere Spaniel" you know certain factors. Not all breeds of dogs are apt to live in an apartment, you must take into account his character, their need for exercise, their interaction with other pets, their care and if you have small children, their level of tolerance towards them.

How much does it cost to have a Pont-Audemere Spaniel?