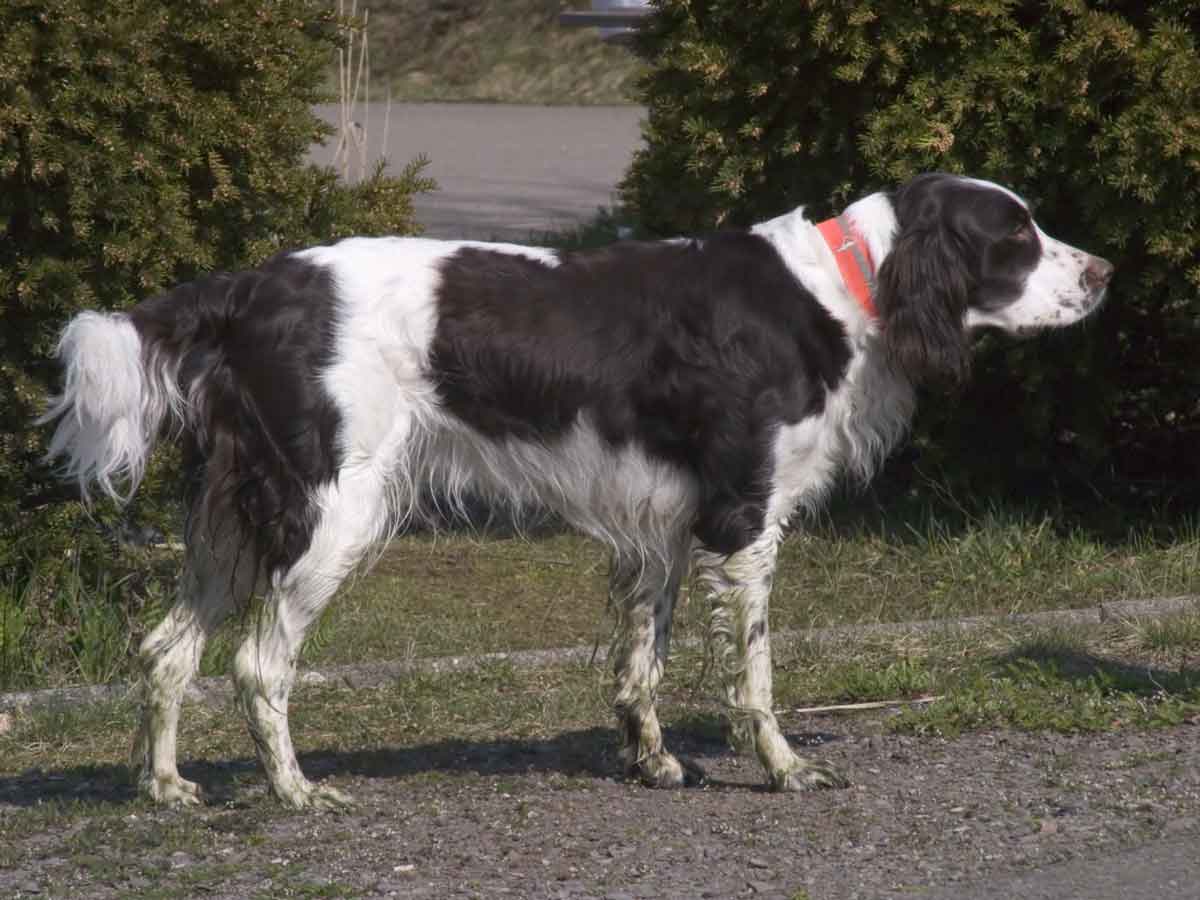 Very gentle nature, courteous and intelligent, the French Spaniel is eager to learn.

The origins of the French Spaniel are very uncertain and many hypotheses have been raised.

Its name would come from Spain or from the old French espaigner, that means “lie”. He is also considered the ancestor of the “Pointing Dogs”.

According to the most probable hypothesis, the French Spaniel it would be the descendant of the Oysel dogs described by Gaston Phoebus and used in the Middle Ages.

The French Spaniel is at the origin of the different varieties of hunting spaniels. By selecting, became the elegant and athletic breed of the type of the “Pointing Dogs” very firm that today shines in work competitions.

The first standard was written in 1891 by James de Connick, and later it was reworked and adapted to the different developments of the breed.

Hair: Plano, silky and dense. Slightly wavy behind the neck, above the tail set over the ears. Short and fine on the head but longer on the ears.

Its color: White and Brown (cinnamon to dark liver), with regular spots, little or moderately mottled.

His head : worn with pride, with well marked reliefs, medium length and width. The stop is moderately steep.

Ears : laid back, pulled forward, with more or less long and wavy fringes.

Eyes : So big, oval, tan to brown in color, according to the coat. Soft and intelligent expression.

Her body : slightly longer than the height at the withers. The top line is straight, always well supported, the cross is dry and wide, the back is broad and muscular, the rump is rounded and harmoniously sloping, the chest is divided and the sternum region wide and curved.

Tail : Thick at the base and tapers towards the tip. It is below the top line, carried more or less curved, provided with long and silky hair, slightly wavy.

Very gentle nature, elegant and smart, the French Spaniel is eager to learn. Although hunting is his main vocation, his sociability and sweetness make him a dog that adapts to all styles.

Balanced and frank, they are calm and docile dogs that are willing and eager to hunt, during which they are flexible and robust.

They do not tolerate loneliness and require regular outings.

How to take care of your “French Spaniel”: your needs

As a hunting dog, the French Spaniel you need to exercise and, therefore, needs wide open spaces. However, as it adapts very well to all environments, it can live very well in the city as long as its master takes it out regularly. Must be able to take long walks, if possible also in the forest or on a wooded area. It is a dog that loves water.

Regarding maintenance, the French Spaniel it should be brushed once or twice a week to detangle its fur.

Like other hunting dogs, the French Spaniel you only need one meal a day as an adult, preferably at night. You don't need any special food. It just has to be of good quality, varied and adapted to their age, state of health and physical exercise.

The French Spaniel is in fairly good health. However, can be the target of certain diseases such as cataracts, hip dysplasia or eczema. It is also advisable to monitor and clean your ears regularly.

Price of a puppy “French Spaniel”

The price of a puppy French Spaniel it will depend on the sex, the pedigree of the parents, compliance with breed standards, etc.

Coexistence is important that you have with your new friend. Before considering the acquisition of a dog of the breed "French Spaniel" you know certain factors. Not all breeds of dogs are apt to live in an apartment, You must take into account their character, their need for exercise, their interaction with other pets, your care and if you have young children, their level of tolerance towards them.