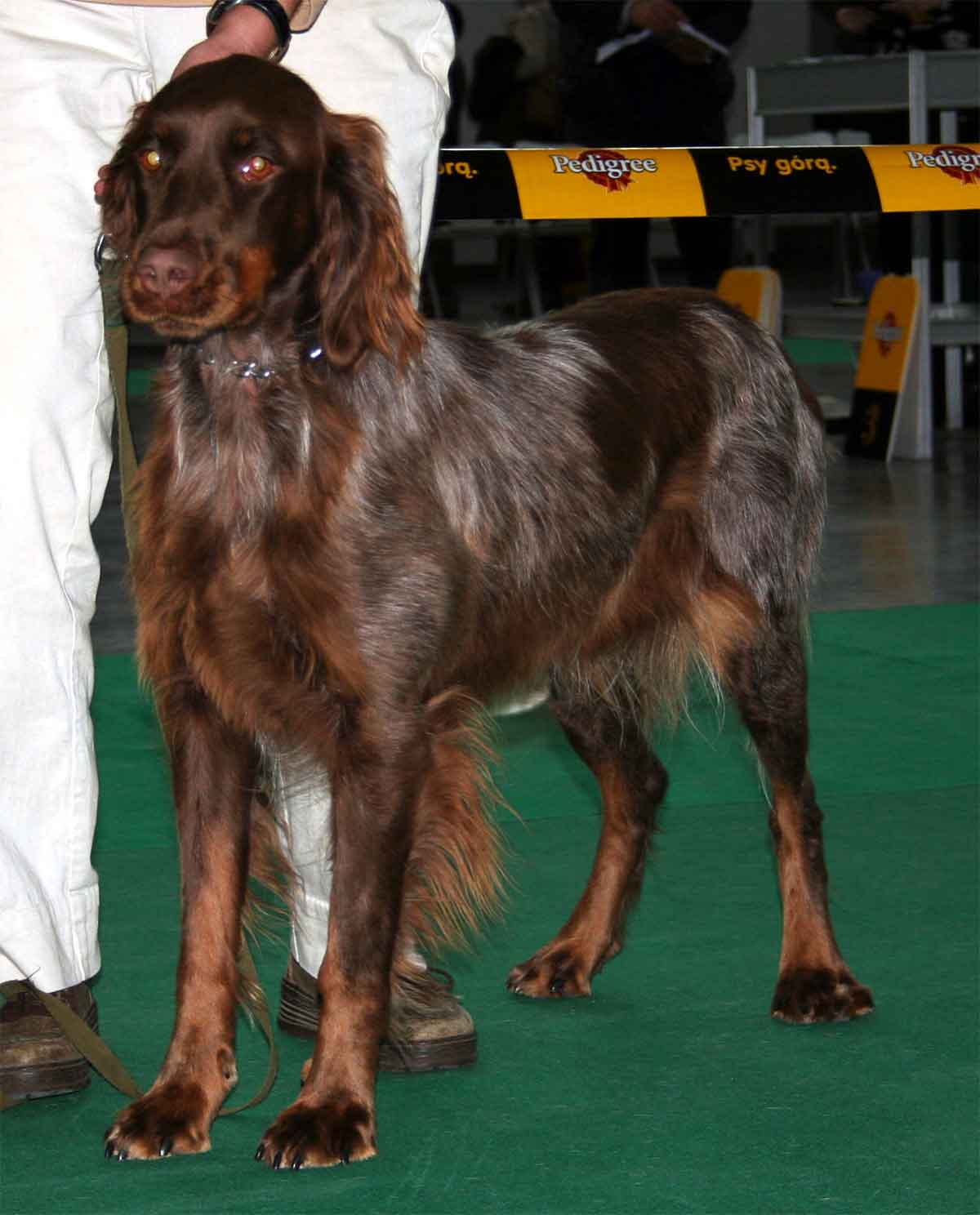 Docile and resistant, happy with little, the Picardy Spaniel however needs the constant attention of your caregiver.

The French Spaniel and the Picardy Spaniel the two races of Spaniel oldest on the European continent. They both seem to descend from “oysel dog” described in the works of Gaston Fébus (siglo XIII). At that time, Hunting was one of the most popular activities of the French nobility and the Spaniel French type was one of the most popular breeds. La raza está representada en cuadros de esta época por artistas como Alexandre-François Desportes y Jean-Baptiste Oudry. It is also the first dog breed to be admitted to exhibitions..

The breed became more popular after the French Revolution, since hunting is no longer an activity reserved exclusively for the nobility. Aunque se encuentra en todo el país, un gran contingente está presente en el noroeste del país, where its water resistant coat makes it an ideal breed for hunting in forests and swamps. During the 19th century, English hunters crossed the English Channel and traveled to northwestern France to hunt in these famous lands. So they brought their own hunting dogs, that the French gradually adopted, poniendo así en peligro al Picardy Spaniel. It also, the infusion of blood from English Setter in the race created the Blue Picardy Spaniel.

The Picardy Spaniel it is a very rare breed of dog, which is almost only found in metropolitan France.

The Picardy Spaniel he is a beautiful dog, strong, elegant, nervous, solid and well muscled. Its coat is gray with brown spots on the different parts of the body and often tan on the head and legs.. Her dark amber eyes go wide giving you an expressive look. Its abundant and slightly wavy coat gives it protection, lo que le permite trabajar en los lugares más difíciles, especially in the water. The ears are long, quite low, situadas en la línea de los ojos y decoradas con hermosos flecos. The tail, adorned with beautiful fur, worn with distinction. Its size ranges from 55 and 60 cm..

His training is natural; the Picardy Spaniel they work to please their caregiver. Report, on land and in deep water, it's a pleasure for him. The rewards, caresses and compliments are the basis of his education.

The Picardy Spaniel is a hunting dog, that needs daily departures.

The Picardy Spaniel are used for hunting, in the woods for pheasant or in the swamps where they hunt, in particular, the snipe. It is also an effective dog for duck hunting, the hare or the rabbit. They are especially effective in swamps, where they do not hesitate to jump into the water. If required, can also recover hunting. This dog loves wide spaces where he can exercise, but you can also settle for smaller spaces and you can live very well in the city. The hair is abundant and slightly wavy, allowing you to hunt in dense vegetation and enter the water without any difficulty.

Coexistence is important that you have with your new friend. Before considering the acquisition of a dog of the breed "Picardy Spaniel" you know certain factors. Not all breeds of dogs are apt to live in an apartment, you must take into account his character, their need for exercise, their interaction with other pets, their care and if you have small children, their level of tolerance towards them.