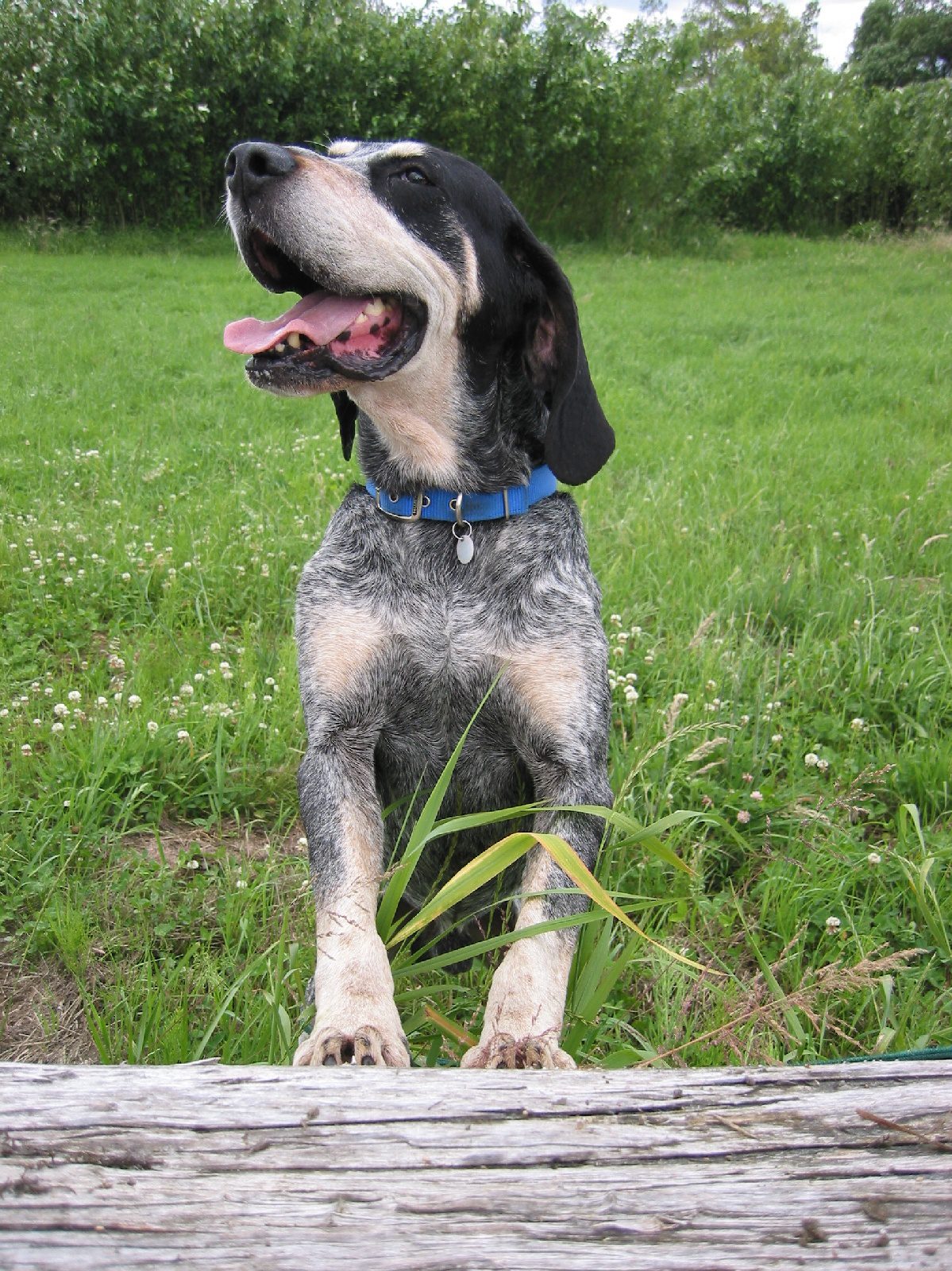 The Great Gascony Blue is known for its deep barks

The Great Gascony Blue is an ancient race resulting from the cross between the Bloodhound and other breeds of hounds. It is also said to descend from the dog Hubertus, a species of hound that has become extinct. In the fourteenth century, the first blue hounds were described in the Livre de Chasse de Gaston Fébus to hunt wolves, bears and wild boars. Even today these dogs still go hunting big game (deer and wild boar) and they are still more specialist dogs than pets. Very widespread in the south and south-west of France, especially in Gascony, the Great Gascony Blue is at the origin of all breeds of hounds in the South.

There are four races of Blue Gascony: the Small Blue Gascony, the Basset hound and the Blue Gascony Griffon. The Great Gascony Blue is one of the most widespread.

This breed is also an important ancestor of the Bluetick Coonhound, a breed of dog from the deep south of the United States; the Marquis de Lafayette gave George Washington several of these Biscayan dogs in August 1785. Other French Fled the French Revolution 20 years later and they brought more to Louisiana. That is why the American race has a remarkable resemblance to its progenitor, except for its morphological needs and its more active character.

Although the common opinion is that most dogs are family dogs or get along well with children, the dog and the children need to receive some education on how to treat each other respectfully and safely. Dogs and young children should never be alone, but they should always play together under supervision.

The Great Gascony Blue it's a large hound, French type because of the shape of the head, fur and expression. The tail, big enough, reaches to the tip of the hock and is carried like a saber. The head has a slightly domed and not too wide skull with a marked occipital protrusion and a slightly pointed stop. The eyes are oval and brown in color. Just placed, the thin, curly ears are pointed and protrude past the tip of the nose.

The hair is short and quite thick. The coat is completely black and white speckled, giving a slate blue glow. May be marked with more or less extensive black spots. Two black dots are usually placed on each side of the head, covering ears, wrapping the eyes and stopping at the cheeks. Two tan markings are placed on the forehead bone, cheeks, the ears, the limbs and under the tail.

This breed is known for its deep barks, one of the reasons why Great Gascony Blue it is a dog for specialists and not a common pet – The neighbors won't like your loud voice too much! It's kind of like a gentle giant, with the typical friendly hunting dog nature and pack mentality.

The Great Gascony Blue it is generally a healthy and robust breed for which no specific health problems are known.

With regard to the exercise, the Great Gascony Blue need at least two hours of exercise a day. This is due to the fact that this dog has been bred for hunting and will therefore be unhappy if he is not allowed to follow his nose for hours and miles..

Large breed dogs not only have a huge appetite, they also require a different nutrient distribution than smaller dogs, also in terms of minerals and vitamins.

The Big Blue has a short, easy-care coat that requires very little attention – only needs to be brushed once a week. Their long floppy ears should be checked regularly to keep them clean and healthy.

If you liked, rate this entry.
5/5 (2 Reviews)
Share with your friends !!
Twitter3FacebookPinterest
3
SHARES