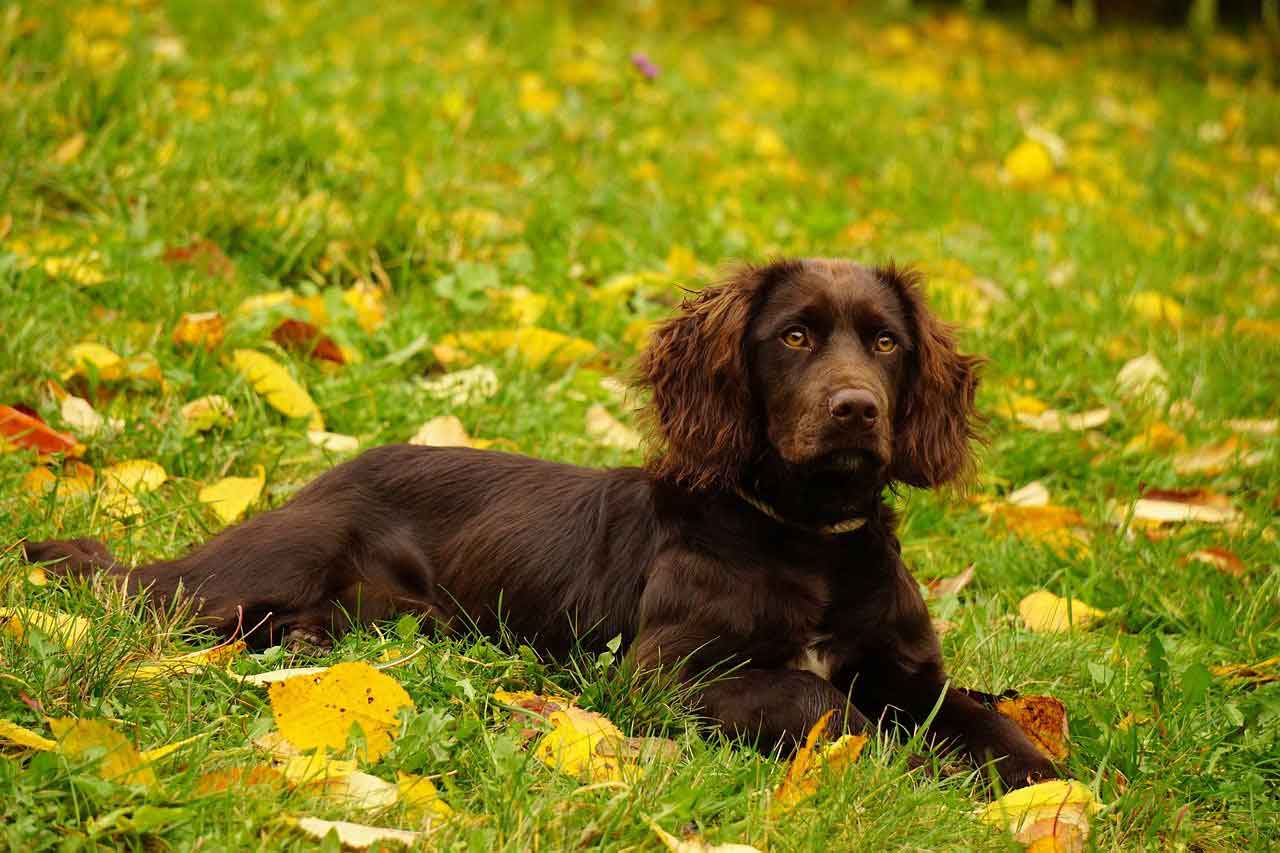 The German Spaniel it is very appreciated especially for hunting.

The study of the history of hunting teaches us that centuries ago there were hunting dogs very similar to the current one German Spaniel. At that time they were used to hunt.

Breeding of the breed controlled in a herd book began in the early 20th century, with a few suitable bitches. The first representative of the German Spaniel was Mr. Augusta 1834 L, a Staufenberg dog in Upper Bavaria.

At first there were only brown dogs with partial white markings and dogs with white markings.. The latter had small red spots on the head and limbs, calls “fire marks”. It was the bitch Baby auf de Schanze 1838 L the one that introduced the roan in the race. Rudolf Friess, a dog lover who for decades had a great influence on the breeding of the German Spaniel, introduced separate breeding of the brown and roan varieties.

Despite the narrow initial breeding base, put in place an essential requirement to avoid damage due to inbreeding through selective mating. The separation of the two colors is also justified by a certain disparity in the natural qualities of the German Spaniel. Chestnut trees were easier to drive over short distances and more persistent on the track, while the roans had a highly developed penetration over long distances.

These different natural gifts are no longer a reliable differential criterion today., since in the meantime, for many reasons, there have been repeated crosses between the two color varieties. However, in principle, the separation still maintains a certain reserve of unrelated blood within the race today.

The German Spaniel it is and continues to be bred by hunters and for hunters as a hunting dog with great versatility.

The German Spaniel it is a medium sized hunting dog, long-haired, very muscular, with a noble head and strong bones. In general, they are longer than they are tall, but they should never give the impression of being tall.

Lively and very passionate about hunting, friendly and confident in its natural environment, very docile and very adaptable; Neither timid nor aggressive.

The German Spaniel in some points:

– Has a well developed piercing,

– follow the path of hunting big and small with will and perseverance,

– give voice without hesitation,

– he likes rapport and water,

– has a bite for hunting and vermin,

– Trained and properly managed, hunt without deviating from course over long distances; works as a Hound and in search of lost pieces; is a versatile hunting dog for tracking and hunting in ditches, heavily wooded areas and in the water. From the beginning of supervised breeding, the ability to stop has not been taken into account.

The coat is strong, glued, mostly wavy, occasionally also curly (Astrakhan), or long, flat with thick undercoat; not too long, especially not fine or silky; on the nape, often curled on the ears and rump; well furnished hindquarters and tail; the presence of a frill around the neck is frequent; the belly is also well provided with hair; muzzle and cranial region have short but tight hair; the ears are covered with curls or tight, wavy hair that extends beyond the edge of the pinna; the interdigital spaces have a tight hair but not too long.

The “German Spaniel” it is bred in two color varieties:

– Solid brown, more rarely also red; often with white or mottled markings on the chest and toes.
– Brown roan, more rarely also red roan; the background color consists of brown hairs, possibly red, intimately mixed with white hairs; often the head is brown, possibly red, with spots or also a mantle that extends all over the back ; this color variety includes variegated coats with a white background and large brown spots, possibly red, also the so-called dogs “Tiger”, in which the white background is also mottled or mottled with small tufts of brown hair, possibly red; the latter can perfectly descend from monocolored parents.

All shades and variations of red are included in this term (red fox, red deer, red deer).

Varies in relation to size, between some 18 and 25 kg.

Robust, brave, can work on all terrains, mainly forests and swamps. Active tracker, bush hunter, screaming on the road, he specializes in hunting small game but also in tracking foxes and large animals. He is a good collector, it is also a trail dog, able to search for wounded game. Loving, is appreciated as a companion. He is confident in his natural environment, while being endowed with a great capacity for adaptation.

They are not shy or aggressive, but they need a strong education that starts soon.

Kind, affectionate and docile, the German Spaniel has these wonderful predispositions by nature. But with one condition, and not the least. Because this dog needs a lot more exercise, education and activity from the beginning of what a family or active people can offer. Being on the go is not enough. The German Spaniel want more. It can and should do more than just be a family dog. Idleness goes against their nature. You need qualified hunting dog training that is physically and mentally challenging. If you are successful, this passionate hunter will prove to be an obedient and loyal companion.

The German Spaniel have a slight predisposition to hip dysplasia. Breeders are very careful not to breed animals with this predisposition. This will greatly reduce this deficiency.

On the other hand, their floppy ears predispose this dog to ear infections (and more for dogs used to getting into the water).

The coat of the German Spaniel is perfectly adapted to your lifestyle. Dirt doesn't seem to stick to hair, even if he walks through the bushes for hours. A weekly brushing is enough. He usually decides when it is time to bathe. Showering in summer is a moment of well-being that you enjoy.

Coexistence is important that you have with your new friend. Before considering the acquisition of a dog of the breed "German Spaniel" you know certain factors. Not all breeds of dogs are apt to live in an apartment, You must take into account their character, their need for exercise, their interaction with other pets, your care and if you have young children, their level of tolerance towards them.