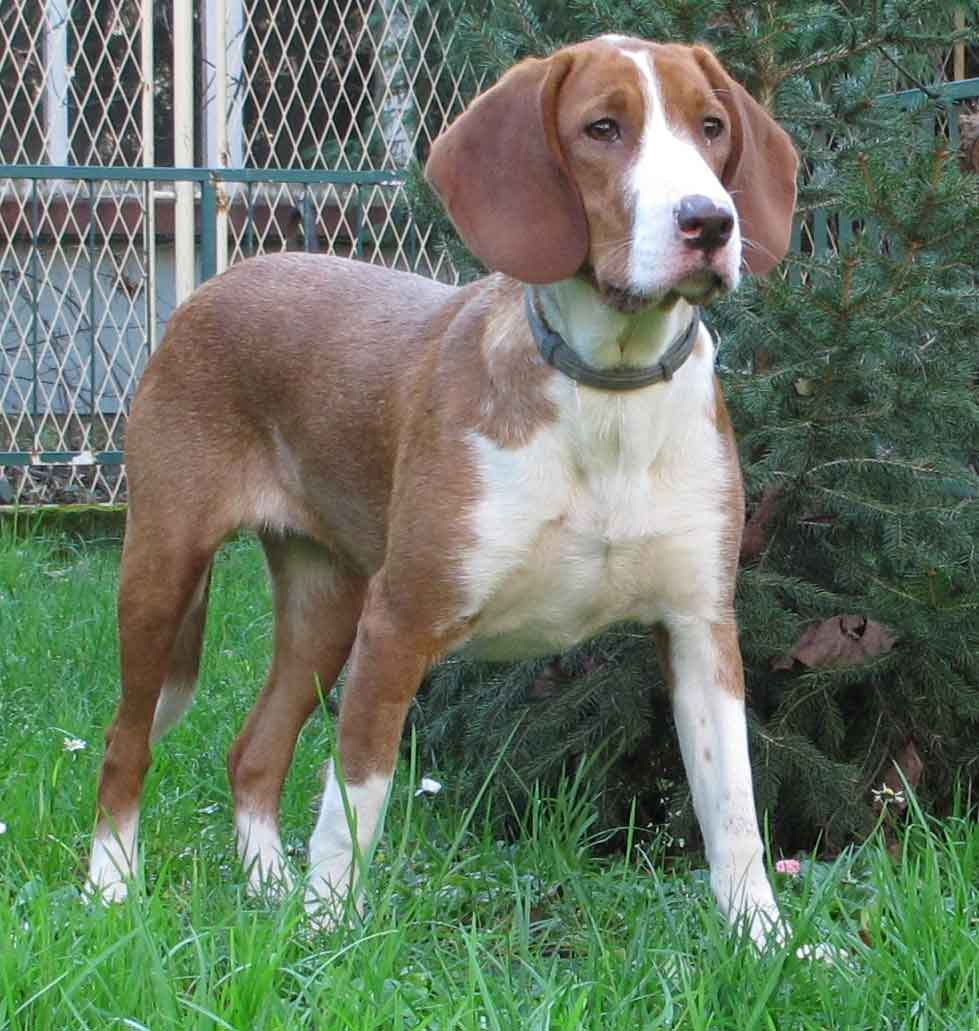 It is an ancient breed of running dog, originally from Croatia, whose origin is lost in the dark prehistory. The frescoes (1474, Chapel of Our Lady in Beram, near Pazin), the Chronicles (1719, Bishop Bakic of Djakovo, 1859 the vet Franjo Bertic also from Djakovo) and the books (Joze Kristen) bear witness to it.

The Posavac Hound were bought in Croatia under the name of “boskini” and they were highly appreciated in neighboring areas. In 1924 this breed was presented for the first time at a dog show. The first inscriptions in the Croatian pedigree book date back to 1929 and the FCI recognized this breed in 1955. The first standard with the correct name of the breed dates back to 1969; underlines the origin of the race in the wide and dense valley of the river sava in the southeast of Zagreb.

A Posavac Hound can weigh up to 20 kg and measure around 58 height cm. This Croatian dog is of strong constitution and of medium body proportions. Their fur is typically red, reddish or wheat-colored. White markings appear on the head area, the neck, the chest, the lower part of the limbs and the end of the tail. The hair itself has between 2-3 cm long, rigid and dense in nature, and always very lying. On the backs of the limbs, as well as in the lower part of the belly and the tail, hair gets slightly longer.

The Posavac Hound is prized as an extremely hardy hound dog, specialized in hunting hares and foxes. His constitution is perfectly adapted to the conditions of his native region, the vast forests of the Savetal. Here you can find areas of difficult access and a lot of weeds, lands that are suitable for Posavac Hound with his height.

This dog is very loyal and affectionate with his master. He is a passionate hunter with a moderately lively temperament.

Care and maintenance of “Posavac Hound”

It is enough to brush it once a month to maintain the beauty and protective properties of its coat.

Nutrition of the “Posavac Hound”

The daily rations of the croatian: posavski gonič, as it's also called, must adapt to your daily life. This is especially true for hunting season.

One meal a day is enough for him. It is better to give it to him at night so that he does not work on a full stomach. This reduces the risk of stomach disorders.