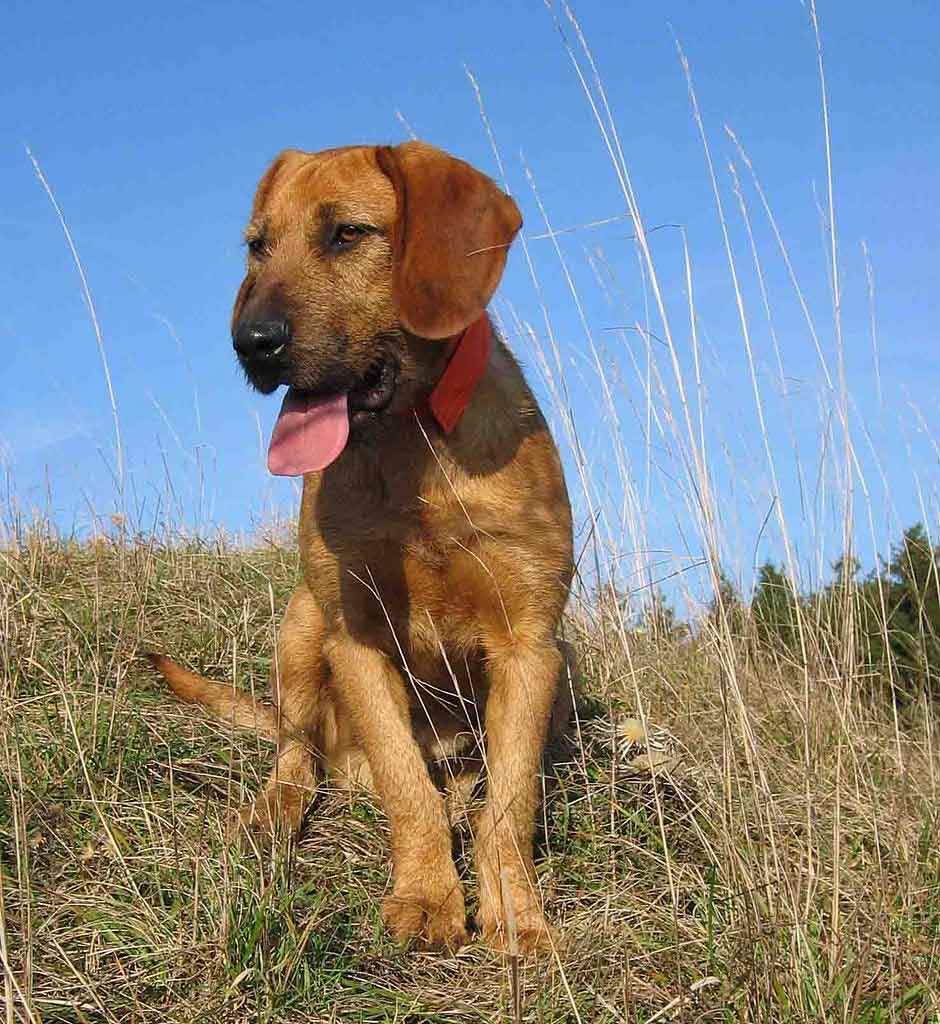 Insensitive to the weather and austere, which is especially useful in high mountains and forests.

The race Styrian Coarse-haired Hound developed from the end of the 19th century. Already in 1870, an industrial of Styria, a state in southeastern Austria, obtained an interesting litter by crossing a “Hanoverian Scenthound” with a Styrian Coarse-haired Hound. The goal was to obtain a hunting dog that would combine the qualities of the two ancient breeds and inherit a coat that would allow it to withstand the elements..

The Styrian Coarse-haired Hound they are medium-sized dogs with solid bones; the expression is austere, but not mean. The skull is slightly domed, with a well developed occipital bone. The stop is marked. The eyes are brown. The ears, Not very large, worn flat against the cheeks and covered with fine hair. The tail is of medium length, strong at the base, with dense hair, never curly but carried upward in a sickle shape; the bottom is like a brush, but without lock.

The Styrian Coarse-haired Hound they have all the qualities of a hunting dog. These dogs show great enthusiasm, determination and stamina when it comes to forcing the game by giving the voice. At home, the Styrian Coarse-haired Hound he is very close to his master and is particularly wary of strangers. They get along quite well with their peers, if they are used to its presence from puppies. They can be more turbulent with other small animals; his hunting instinct is still very strong.

The Styrian Coarse-haired Hound have a strong character and must be trained early and firmly. It is also necessary that they socialize properly and receive training in recovery to avoid incidents of all kinds.

Its exclusively hunter and predator temperament makes it inadvisable as a pet.

It needs regular exercise and its coat requires constant maintenance.

Coexistence is important that you have with your new friend. Before considering the acquisition of a dog of the breed "Styrian Coarse-haired Hound" you know certain factors. Not all breeds of dogs are apt to live in an apartment, you must take into account his character, their need for exercise, their interaction with other pets, their care and if you have small children, their level of tolerance towards them.