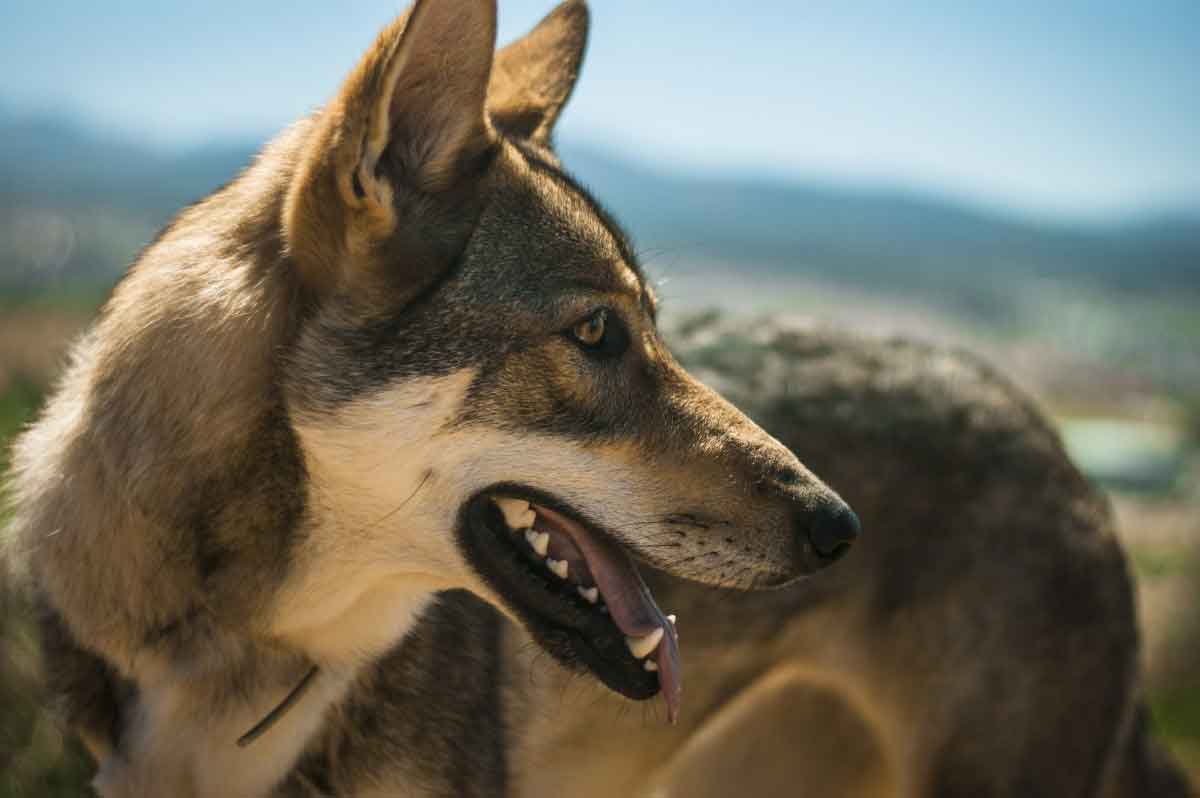 Less stubborn than the other Spitz breeds, the Shikoku, he is very little known outside his native land, Japan

Ceramic figures from Japan that show representations of dogs have been preserved since ancient times, that look like this Japanese breed. The current breed dates back to crosses with the now extinct inu Japanese. The original field of application of these dogs was hunting, more precisely hunting in the prefecture of Kochi on isla de Shikoku – that is why the race is sometimes called “perro Kochi“. However, name Tosa-Inu, which is used in part in Japan, it's misleading, because under the name “Tosa” there is also another japanese race. In addition, three varieties of Shikoku, that were named according to the respective region in which they live: pity, Hongawa and Hata. How the Hongawa region was the most difficult to access in the past, This variety is considered to be the least modified by other influences and the closest to the ideal of Shikoku. Today, the Shikoku It is considered the national dog of Japan along with the Akita.

The typical silhouette Spitz characterizes the Shikoku: It has relatively small, erect ears and a compact body. The tail is well placed and curled over the back. This medium-sized breed with a height at the withers of about 53 cm is located between the Akita bigger and the Shiba Inu smallest within the Japanese family Spitz. For many lay people in Europe this four-legged friend also reminds of a dog that is seen much more often here., the Siberian Husky. The Shikoku coat can be black sesame or white sesame. The dense coat consists, as is typical in type dogs Spitz, on a long, hard top coat over a soft, dense undercoat. 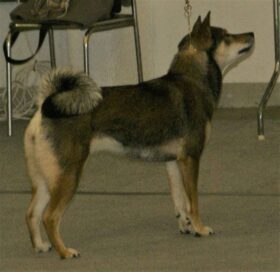 The loyalty, intelligence and a certain stubbornness form the character of this dog with an agile nature. He is vigilant and behaves in a neutral manner to the point of distancing himself from strangers. When they meet conspecifics, conflicts can occur, particularly with males, because the Shikoku tend to dominate. As a hunting dog it is characterized by its corresponding sharpness.

His original behavior can also be seen in his dealings with people – he likes to lick his reference persons and seeks physical contact. Sometimes shows a conspicuous preference for unpleasant odors from the human point of view. The Shikoku He is very agile and likes to be outdoors – however impetuous I am moving here, a Shikoku busy behaves calmly and pleasantly indoors, where he appreciates quiet hours and pampering. Although he is a stubborn dog, not as strong as the other races of Spitz from Japan. However: The special character of Spitz not suitable for all dog lovers.

The coat of this Japanese hunting dog is robust and easy to care for, but it must be brushed regularly, especially during coat change twice a year. advice: If you brush your dog every day during this time, will greatly reduce hair loss at home and also shorten the “hairy phase” In a few days. Outside these few weeks of the year, cleaning every few days is enough. Check your ears right now too, so you can clean them with a dog ear cleaner if needed. You must bathe your dog very rarely, at most every few months, and then use a mild dog shampoo. However, it makes sense to get the puppy used to bathing. However, it is usually sufficient to simply remove the dried dirt from the coat. Check the length of the claws – especially with older dogs – to shorten claws that are too long with special pliers. This is how injuries are prevented.

If he Shikoku respect his two-legged pack leader as a wise and just leader, will gladly follow your instructions. However, first you need to earn the respect of this dog. Be consistent and bring some tolerance to the small, thick skull of this four-legged friend, that will never be completely subordinate.

Screaming or harshness will not help you and will destroy your relationship with this loyal companion.. A thorough knowledge of dog training is needed to direct the dominance and hunting instinct of dogs. Shikoku in regular courses. Please, keep in mind that only a well-trained breed of dog can make a well-behaved friend, otherwise you will look for another job.

Attending classes with dog trainers in general can be of great benefit, so that the Shikoku that tends to dominate, get stronger in social affairs and learn to get along with other dogs. Male dogs in particular may face challenges that need to be countered from the age of the puppy. So don't underestimate the importance of the socialization phase., because any omission can only be corrected with difficulty.

These robust dogs are considered tough and persistent. They hardly have a genetic disposition for disease, if the breeding is done responsibly. It goes without saying that you should only buy puppies from a reputable breeder who belongs to a club. The breeder will give you competent information about the care of your animal and show you the corresponding tests. In good health, Shikoku reaches an average age of about 13 years.

Where can i find my Shikoku?

The breed is one of the very rare breeds outside of Japan. As a result, find a puppy of Shikoku it can be difficult if you have decided to have one as a new member of the family. But don't despair, because there are a handful of serious breeders in Europe who are dedicated to this breed. The first official litter outside of Japan was in 2000 in the Netherlands, where the breeders of Shikoku continue to regularly deliver litters to responsible hands. However, you may have to accept a longer trip before you can give your puppy a hug from Shikoku. No matter how rare the breed is, don't reduce the demands you can and should make on serious parenting. Learn about puppy care, of your health, ask the breeders and ask them to show you the appropriate tests, for example, in connection with exams for hip dysplasia. Of course, the breeder must also belong to a club. Will be happy to give you some good advice, but in return you will also have some questions to see if you can offer a good home to one of your protégés.

If you are looking for a Shikoku adult, you will need a lot of luck in europe. It is more promising to look for crosses of type Spitz in animal shelters and also get an impression of the breeds of Nordic Spitz.

Coexistence is important that you have with your new friend. Before considering the acquisition of a dog of the breed "Shikoku" you know certain factors. Not all breeds of dogs are apt to live in an apartment, You must take into account their character, their need for exercise, their interaction with other pets, your care and if you have young children, their level of tolerance towards them.

If you liked, rate this entry.
5/5 (1 Review)
Share with your friends !!
Twitter1Facebook2Pinterest
3
SHARES