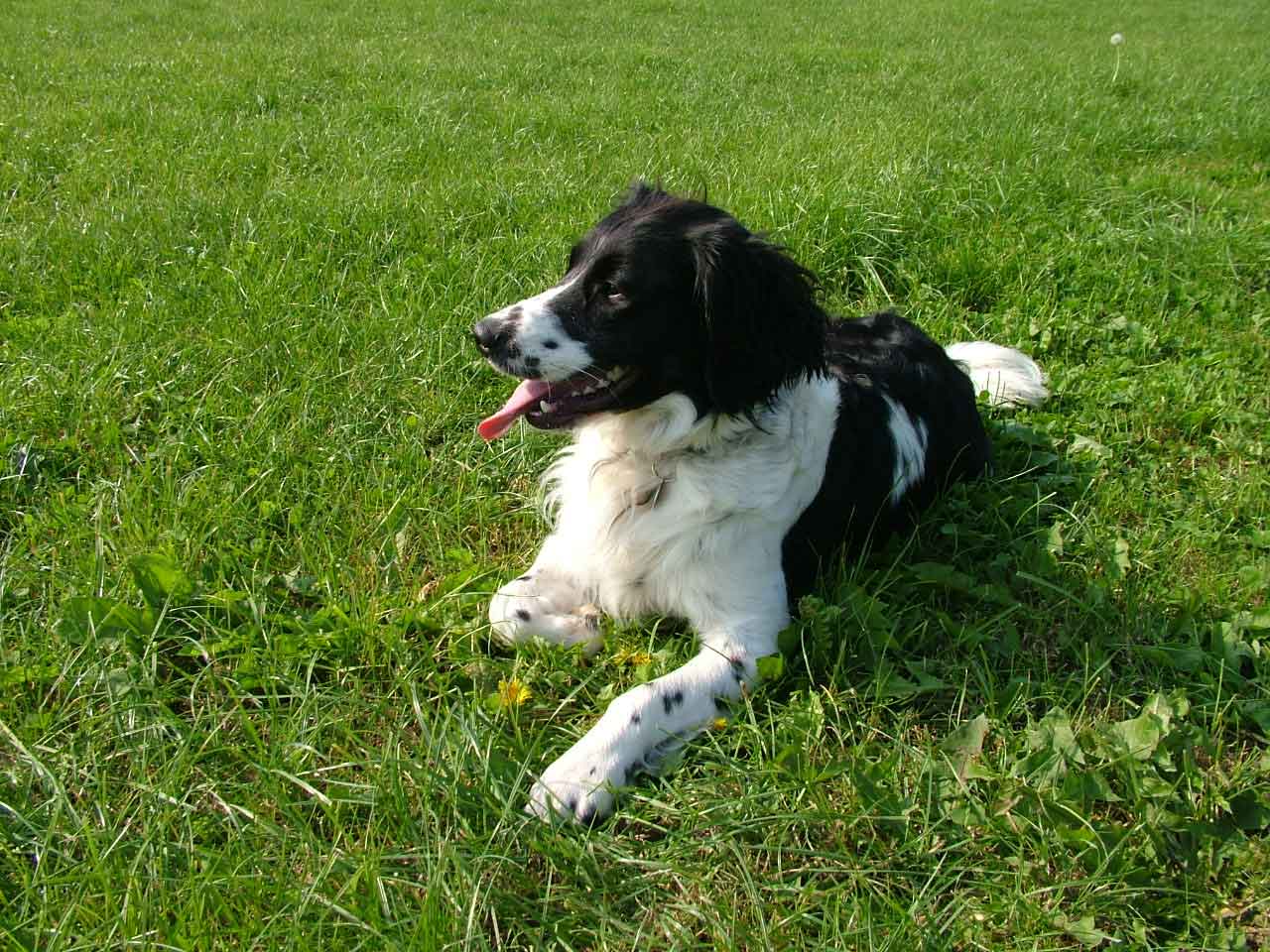 The Stabyhoun is very similar to the Dutch Partridge Dog, but smaller. It is practically unknown outside the Netherlands.

The Stabyhoun, o Stabijhoun, it is one of the five rarest dog breeds in the world. Created in the 19th century, is recognized as the national treasure of the Netherlands. How could it be otherwise with just 1.000 live specimens? It comes from the forest lands of Friesland. Poor farmers, they couldn't afford more than one dog, they really needed a versatile worker. From hunting to livestock surveillance and protection, it was also able to eliminate rodents. In fact, could do almost anything.

It is possible that it descended from Spaniels imported to the Netherlands by the Spanish and crossed with the Dutch Partridge Dog. He would also have family ties with him Small Münsterländer.

It is very little known outside its country of origin.

The Stabyhoun has a robust complexion and beautiful black fur, brown or orange, sometimes with white markings. The straight hair is of medium length, smooth and silky to the touch. They are medium-sized dogs.

If you are lucky enough to meet a Stabyhoun, you will surely appreciate his docile character. Calm and patient, they are intelligent dogs that can sometimes be stubborn. Extremely patient with children and other animals, this breed is, with the proper education, both obedient and loyal to its owner. Although the Stabyhoun has a calm temperament on the inside, requires a lot of exercise and physical activity.

They are distrustful of strangers, but they are not aggressive by nature. His education is easy to work with because he is obedient in nature. However, it must be started from its first months with benevolent and consistent methods.

The Stabyhoun he is a dog very close to his master, making it hard for him to bear loneliness. Periods of loneliness can cause anxiety and lead to behavioral disorders such as destruction or barking. He is also a loud dog that barks regularly., which can lead to neighborhood problems.

With his hunting instinct he can be a fugitive to follow a trail, if your property is not properly fenced.

The Stabyhoun it is a strong and robust dog that is not affected by any particular pathology. However, fear heat and should not stay in a shady spot during a heat wave, as you are at risk of severe heat stroke.

The Stabyhoun it is a resistant dog that does not require much maintenance. Its coat should be brushed regularly to avoid knots.

Looking at your eyes and ears, they must be cleaned regularly, especially if it is a dog that lives abroad.

Coexistence is important that you have with your new friend. Before considering the acquisition of a dog of the breed "Stabyhoun" you know certain factors. Not all breeds of dogs are apt to live in an apartment, You must take into account their character, their need for exercise, their interaction with other pets, your care and if you have young children, their level of tolerance towards them.