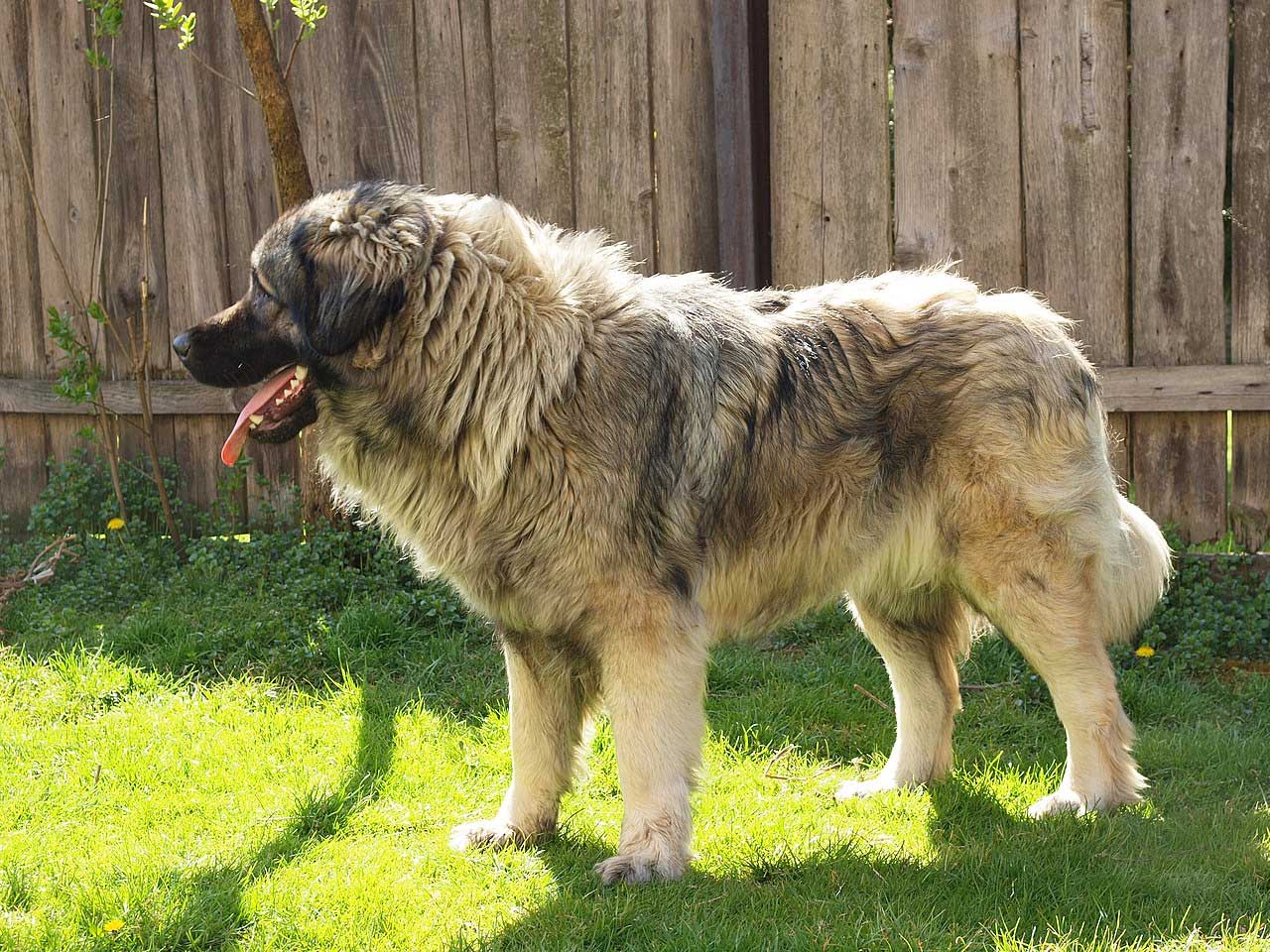 The Yugoslavian Shepherd Dog Sharplanina is a brave dog, quiet, safe and reserved with strangers.

As it is the case with many breeds, the true origins of this big guy are unknown, although there are theories that try to approach them. Some authors raised that their ancestors were the ancient molossians, especially dogs from Greece and livestock guarding dogs from Turkey.

Other authors believe that the Yugoslavian Shepherd Dog Sharplanina, drift of Asian dogs that arrived in Europe accompanied by migration of peoples who were engaged in raising them. This theory is the most widely accepted today..

In 1957, at the request of the Yugoslav Canine Federation (JKS), the FCI changed the name to Yugoslav Shepherd Dog–Yugoslavian Shepherd Dog Sharplanina, because it is in the Šar Mountains (Šar Planina in South Slavic languages, is a mountain range located on the southern border of Serbia in the province of Kosovo and in the northwestern part of the Republic of Macedonia), where is concentrated the largest number of specimens of the breed.

If there is something indisputable it is that the Yugoslavian Shepherd Dog Sharplanina, lives since ancient times in the mountainous regions of the former Yugoslavia, from where it has spread throughout the Balkan Peninsula and recently, beyond these borders. The image of the Yugoslavian Shepherd Dog Sharplanina appears on the obverse of the coin 1 Denar, issued in the Republic of Macedonia in the year 1993, and also is the emblematic character of the coat of arms of Honey, a city in the South of Kosovo, which is located in the region of the Šar Mountains.

The Yugoslavian Shepherd Dog Sharplanina, is a large size dog, It is quite above average when it comes to large breeds. It is also robust and equipped with a strong Constitution.

The height males average is of 56 a 62 cm and females is of 54 a 58 cm.. The length of the body is slightly greater than the height at the withers.

Although some authors speak of the existence of individuals whose actions were between 75 and 85 cm. of height and a weight of 65 a 100 kg.

– The huge head is proportional to the body, It has the skull slightly convex and slightly longer than the muzzle.
– The eyes of the Yugoslavian Shepherd Dog Sharplanina they are almond-shaped and chestnut-colored (light or dark), transmit an expression of serenity but the look is penetrating.
– The ears they are medium-sized, flat and hang on the cheeks.
– The tail It is long and Sabre-shaped, if it is in a state of alert, it carries it high, barely exceeding the line of the back.
– The fur It is long in some parts of the body and short in others. In the head, the ears and the anterior part of the extremities, is short. The length of the neck, the body and the back of the limbs and tail, is long.
– Regard to the the fur color, all uniform colors are supported but it is preferable to be gray iron and gray very dark. As well, at the top of the head, the neck and the trunk have darker hair.

The Yugoslavian Shepherd Dog Sharplanina it is silent, active and very protective, extremely bright, but very independent. It is an extremely good watchdog, and very reserved with strangers. The Yugoslavian Shepherd Dog Sharplanina they are calm sheepdogs, very smart, which is why, wisely, they choose their friends, trust no one too fast. They are naturally fearless defenders of the pack, as well as his master and his property, so everything he considers his property is jealously and unconditionally guarded. This is a dog with character and very dominant that requires work.. If we just want this dog to be a companion, constant professional education from an early age is essential.

The animals that live with him on the farm will be under his protection and there is no need to fear for them.. However, does not tolerate strange and unknown animals, often aggressive, and the same problems can happen with smaller pets, that can be seen as prey.

She will get along well with the children she will be together with from an early age, will be devoted and protective of them, and you may consider children you don't know as uninvited guests, so we must be very careful. You must be especially careful with younger children, since he will watch over them all the time due to the shepherd's instinct, but if the children want to get away, will drag them back, so you can injure them without realizing it.

Similar to the Caucasian Shepherd Dog –that is very much– has a temperament more characteristic of a guard dog than a herd dog.

Let us not forget that this agility, He was selected to defend the herds of the attack of wolves that were previously very numerous in their homeland.
It is necessary that the owner of this dog is a person responsible and very conscious of the copy that is in charge of, the Yugoslavian Shepherd Dog Sharplanina, It has a specially developed and powerful teeth, It can be a real danger if the dog is not given a correct and healthy education.

This is not a suitable dog for beginners. He is very suspicious and incorruptible. Usually, is completely loyal to a single owner. Education must be clear, consistent and should be carried out from the first meeting with the puppy. Early socialization is mandatory. With an inadequate education, this dog can become uncontrollable, very aggressive, dangerous even to the owner.

These dogs really need a lot of exercise. If the dog goes to work on a farm, will meet your daily career needs while working, otherwise, need a longer walk or daily run.

This is a dog suitable exclusively for outdoor life. You will feel better on a farm or in a larger rural fenced yard because you will be able to run freely and perform your primary role as a sheepdog..

Your care is not too demanding. Thick hair just needs brushing once in a while, once a week will be enough, except when you change your coat that more frequent brushing is recommended. As with other dogs, this breed also needs to clean their ears, eyes and shorten their claws.

No known genetic health problems, it is considered a relatively healthy breed. As with other large breeds, hip dysplasia can occur in this breed.

If you liked, rate this entry.
0/5 (0 Reviews)
Share with your friends !!
Twitter20Facebook12Pinterest
32
SHARES