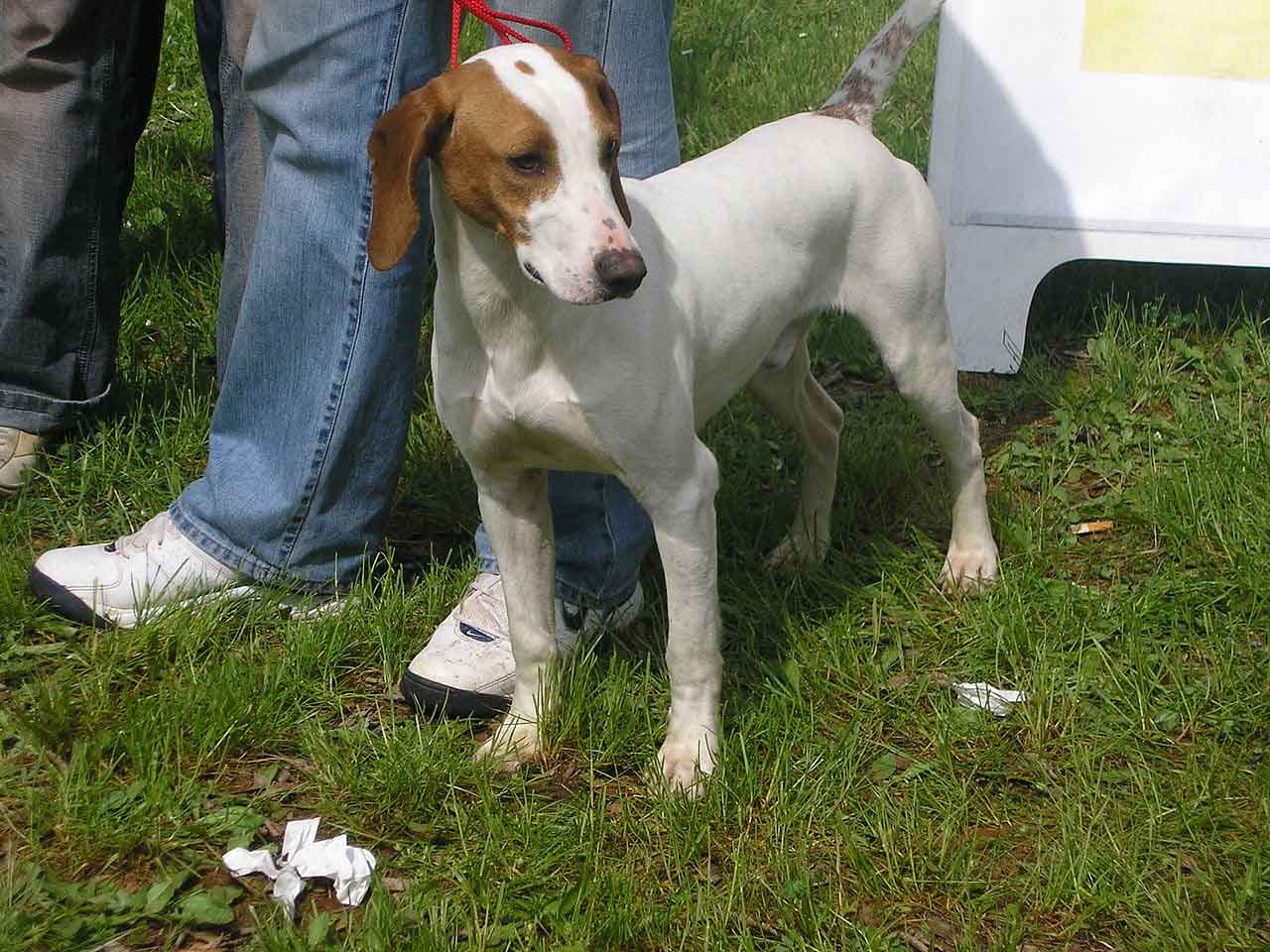 There is also a “Istrian Coarse-haired Hound” and slightly larger.

The Istrian Shorthaired Hound is an ancient breed of hound dog originating from Istria, whose origins are lost in dark prehistory. The frescoes (1474, Chapel of the Virgin Mary in Beram, near Pazin), the paintings (including Titian, first half of the 18th century), and the chronicles (1719, Bishop Bakic of Djakovo) bear witness to it.

The Istrian Shorthaired Hound, highly appreciated for its excellent hunting qualities, it was sold from Istria to neighboring countries. The first inscriptions in the herd book date from 1924, the breed was recognized by the FCI already in 1949, but the standard wasn't published until 1973.

Today, the Istrian Shorthaired Hound it is quite common in and around Istria and is still very popular with hunters due to its excellent characteristics.

The Istrian Shorthaired Hound he is a medium sized running dog, who appears elegant and distinguished in his build and movements. The height at the withers in both males and females is between 44 and 56 cm., the weight of the dogs is 14 - 20 kg, the optimum is 18 kg.

The coat of these dogs is thin, dense and, as its name suggests, short. This short-haired variant is somewhat smaller than the wire-haired version of the Istrian Hound.. The basic color of the coat is white with orange yellow tints. As a whole, the coat is shiny.

The characteristic of Istrian Shorthaired Hound it's his distinctive hunting instinct. Dogs have always been used as hunting dogs and even today they show the corresponding characteristics. This includes her liveliness and her passion for hunting itself.. Like most hunting dogs, these dogs have little instinct for protection and are therefore quite unsuitable for guarding and protection tasks.

While the Istrian Shorthaired Hound be able to live your hunting instinct and feel fully occupied, has a gentle and friendly disposition. It is obedient and loyal to its owner. Your posture is nice.
In addition, these dogs are smart and insightful, so they must be challenged in this regard as well. If the dogs are not kept according to their nature, they often get stubborn and sometimes even start poaching.

The Istrian Shorthaired Hound It, by its nature, first of all a tracking dog. It is especially suitable for hunting foxes and hares and is used almost exclusively for this purpose in its native country.. It is important that the dogs of this breed are kept by a hunter and encourage them to go hunting and take the trail., so it should be considered as an example for animals. Despite your gentle nature, they are not suitable as pure family dogs, since his pronounced hunting instinct would be neglected too.