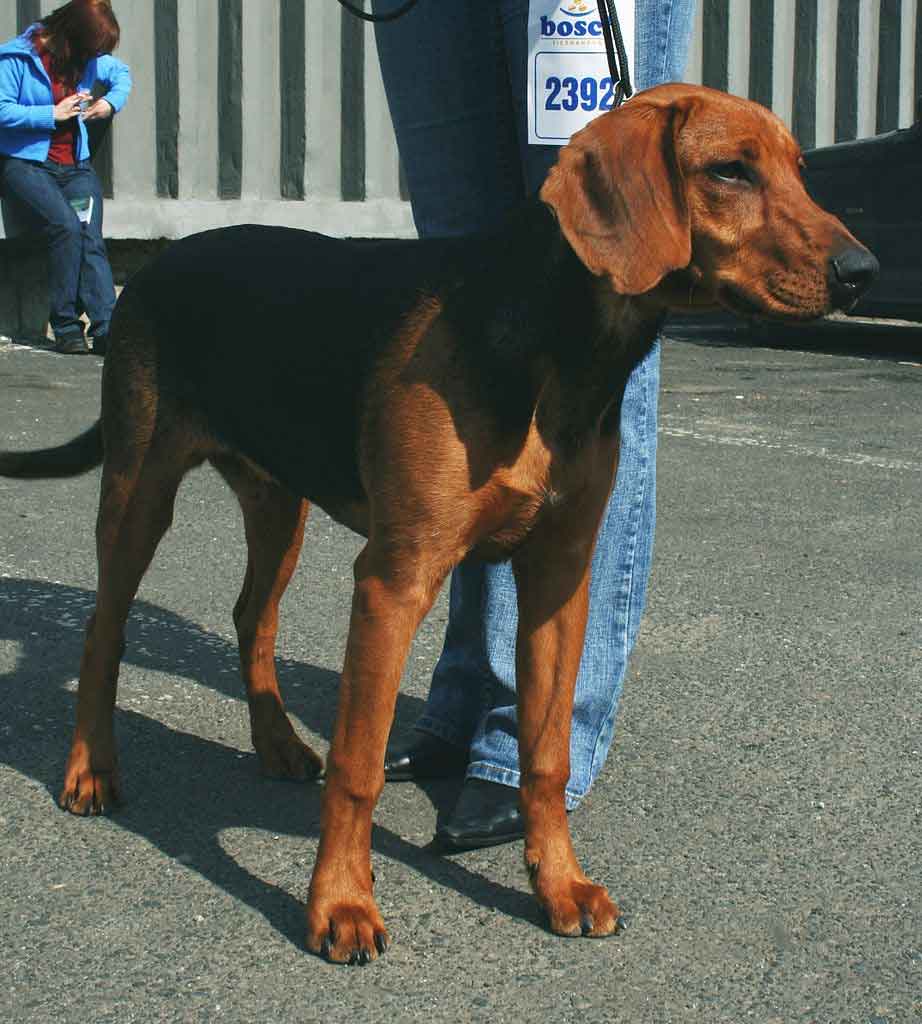 The spread of Schiller Hound is regular in your country of origin, but very small abroad.

The Schiller Hound It is a working breed that has existed in Sweden since the Middle Ages. However, the breed was not really established and recognized until 1952. This recognition is due in large part to a breeder, Per Schiller, who gave the breed its name.

In 1886, at the first Swedish dog show, they were shown 189 hounds. Among them were Tamburini and Ralla I, a brother and sister belonging to Per Schiller. They descended from the famous bloodhounds of the Kaflas estate. These dogs probably came from southern Germany: rather small, fawn in color with black fur and slight white markings.

The Schiller Hound they were then based on the crossing of Swiss dogs, Germans and Austrians, as well as in British hunting dogs, especially the Harriers, to produce a fast and light breed that quickly acquired its type. curiously, Per Schiller worked alongside a Swedish doctor named Adolf Hamilton, and also led to the development of a similar dog named Hamilton Hound, that can be differentiated from Schiller Hound for its tricolor coat.

Still very rare outside of his native country, the Schiller Hound was recognized by the Swedish Kennel Club in 1907.

The Schiller Hound has been traditionally used as a sniffing dog, although some describe it as a hunting dog. The breed is known for both its speed and superior olfactory ability; able to quickly track its prey and then howl loudly when its master approaches, alerting of its position. It is a hardy dog ​​that can tolerate cold Swedish winters well.. Often, work individually rather than in a pack and typically hunt rabbits and foxes. Even today, many dogs still work as hunters, although they are equally good household pets.

The conformation of Schiller Hound it's that of an athletic dog, and with his well-muscled body and strong limbs, you are clearly well suited to your job role. Its head is relatively small but long and has a well defined stop. The bridge of your nose should be straight and the nose itself is black with wide nostrils. His dark brown eyes are bright and alert, set deep in your face. Its medium-sized, high-set ears hang close to its face and do not extend beyond its lower jaw. Its long and thin limbs are parallel and are surely one of the main reasons for its impressive speed; giving them a very long stride. Their body is rectangular in shape and they have a deep chest with a robust and solid back.. Its long, tapered tail should not be carried too high in the exhibition ring..

The Schillerstövare's shiny, straight coat fits perfectly against its skin. The top coat is actually quite tough, although the shorter fur on his face and ears is softer to the touch. Predominantly tan in color, the coat also has a prominent black coat. Only small white spots are allowed on the coat. Their fur is expertly designed to protect them in icy weather conditions.

The Schiller Hound It is a medium to large sized hound for hunting fox and hare, what does it measure 53-61 cm to the withers and weighs 18-25 kg . The coat is rough and not too short, and it's close to the body.

These vivacious dogs live life to the fullest and are a pleasure to be around. Always alert, need a lot of attention and crave human company. The Schiller Hound they will form a close bond with their family, and although they tolerate children well, require supervision when with younger children, as they can be quite disruptive.

The Schiller Hound are normally kept indoors and can be calm and polite housemates, although they can bark melodiously at times. The watchful nature of this dog means that it will always alert its owner to any unannounced guests., However, they are not territorial enough to be used as guard dogs. This dog's distrust of new people can be a problem, although this can usually be overcome by early and thorough socialization.

Although it is not conventionally worked in packs of dogs, the Schiller Hound can socialize well with other dogs if given the opportunity. Of course, smaller animals are not safe in your company and are likely to be viewed as little more than prey.

Most members of the breed live into adolescence and tend to enjoy good health.. There are a couple of conditions to consider when it comes to Schiller Hound:

Malformed hips result in an uneven gait, lifelong muscle loss and discomfort. Affected canines are treated with a variety of therapies, including physiotherapy, hydrotherapy and pharmaceutical pain relief. Prudent screening programs in adult dogs of breeding age can help reduce the overall incidence in the population. If a dog of breeding age scores low on the hip, must be neutered and removed from the kennel.

The floppy ears of hunting dogs are a magnet for infection as they create moist environments within the ear canal for bacteria and yeast to thrive.. Keeping your ears clear and dry can reduce the potential for infection. If wax builds up, an ear cleaner should be used. Infections should not be allowed to become infected and should be treated as soon as they are noticed. Chronic and whiny infections can pose a real challenge to healing and make the dog very uncomfortable and unhappy while they persist.

Coexistence is important that you have with your new friend. Before considering the acquisition of a dog of the breed “Schiller Hound” you know certain factors. Not all breeds of dogs are apt to live in an apartment, You must take into account their character, their need for exercise, their interaction with other pets, your care and if you have young children, their level of tolerance towards them.