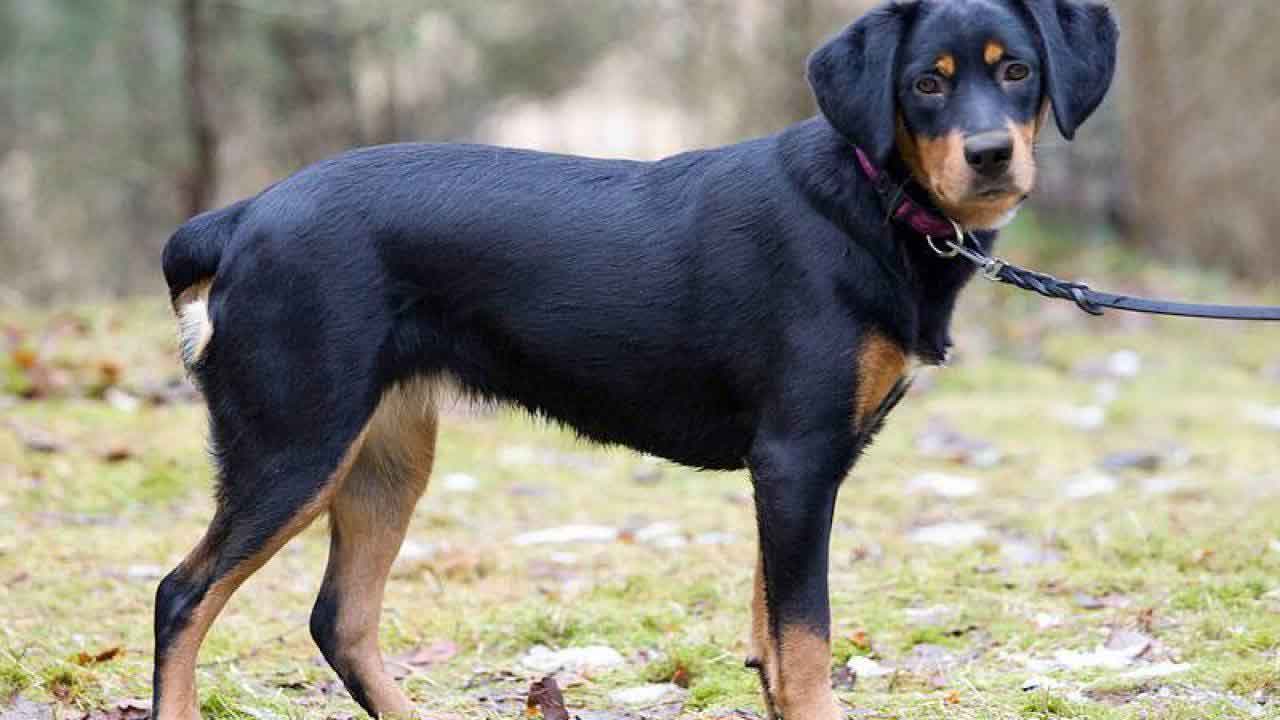 These hunting dogs were later crossed with local farm dogs type Spitz and english hounds, becoming the ancestors of Smaland Hound. The size, tail color and length varied at that time: some dogs were black and tan, others red or yellow. However, white markings were common. Some cubs were born with short tails.

The Smaland Hound he is a robust dog, similar to Rottweiler, and elegant looking. His eyes are dark brown with a calm expression. Ears are stuck high, slightly raised when the dog is paying attention. They are carried hanging, with rounded ends. La cola se coloca en la extensión de la línea de la espalda, straight or slightly saber-shaped. May be short at birth.

Fur: average length, rough, well attached to the body; thicker in the back and neckline. The undercoat is colored: black and fiery (all shades range from amber to reddish brown). Small white spots are allowed on the bib and fingers.

When they hunt, they are used mainly for hunting fox and hare. He is gifted with exceptional talent, he is a brave and determined dog.

At home, is a gentle, calm and affectionate family companion. Se sabe que son territoriales y desconfían de los extraños, which makes them good watchdogs that will not fail to warn their masters of marauders.

The Smaland Hound is very intelligent and they learn easily. He gets along well with his peers if they have grown up together, but it must be presented with delicacy and attention to other dogs and other animals.

It is a dog that needs a lot of time in the presence of its master, que necesita espacio y la habilidad de gastar su energía. Therefore, it is not a dog for owners who are absent or who do not have enough time to dedicate to it.

The breed needs space and is therefore not suitable for apartment living.

Coexistence is important that you have with your new friend. Before considering the acquisition of a dog of the breed "Smaland Hound" you know certain factors. Not all breeds of dogs are apt to live in an apartment, you must take into account his character, their need for exercise, their interaction with other pets, their care and if you have small children, their level of tolerance towards them.

If you liked, rate this entry.
5/5 (1 Review)
Share with your friends !!
Twitter3Facebook1Pinterest
4
SHARES