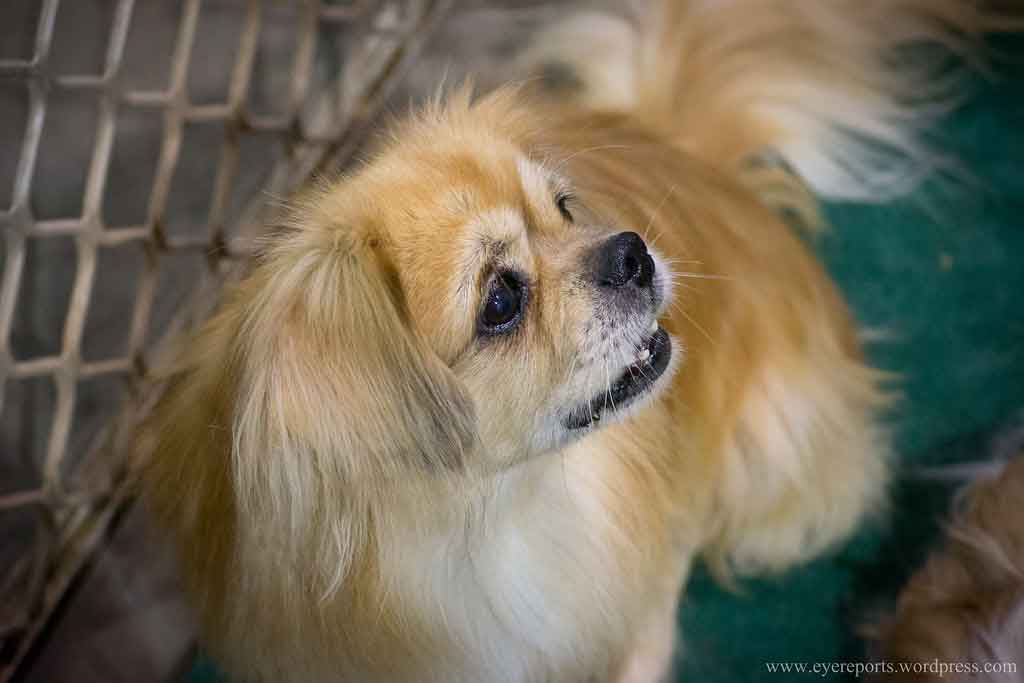 The Tibetan Spaniel it is an awake and very active dog that is very close to its owner.

The Tibetan Spaniel It is a breed native to the mountainous regions of Tibet, as its name suggests. The ancestors of the Tibetan Spaniel are believed to have appeared two millennia ago, along with the Lhasa Apso, the Shih Tzu and the Pekinese, among others. This dog has long accompanied Buddhist monks in their temples, warning their masters and their companions (mainly to Tibetan Mastiff – Do-Khy) from the slightest intrusion.

Even though it's called spaniel, has neither the qualities nor the heritage of a hunting dog. It has always been used as a companion and alert dog. The first representatives of the breed that were brought to England arrived there at the end of the 19th century. In United States, the Tibetan Spaniel began to be adopted during the decade of 1960 and the national club dedicated to the breed was founded in 1971. 13 years later, earned recognition from the American Kennel Club. In the meantime, the 22 in August of 1961, the Fédération Cynologique Internationale (FCI) granted the breed its own ultimate status.

▷ Hair: silky, glued, smooth, average length, shorter on the face and in the front of the legs. The fringes are present on the back of the front legs. Hair and mane are less dense in females.
▷ Color: all colors are allowed, shades and combinations.
▷ Head: Small in relation to the body, proud port. The skull is slightly domed, medium width and length. The stop is light but it's marked.
▷ Ears: Medium-sized, high insertion, well feathered and hanging.
▷ Eyes: oval, dark brown, medium-sized, placed far apart, forward facing, showing an expressive and lively look.
▷ Body: rectangular, slightly longer than the height of the withers. The neck is moderately short, strong, covered with a mane (more pronounced in males than females). The loin is straight and the ribs are well sprung.
▷ The tail it is high insertion, happily held, forming a loop on the back when the dog is in action and provided with abundant hair.

The Tibetan Spaniel is an alert and active little dog that shows great intelligence. Your education is very easy. Loyal to his family and close to his masters, it is a dog that nevertheless needs independence.

Accumulate many qualities such as affection, the softness, the sensibility. It is a dog very devoted to his family and that adapts as well to a family with children as to a single person or older. It is not an aggressive dog, but distrust the people you don't know, which makes him a very good alert and guard dog because he is full of security.

The Tibetan Spaniel is an indoor dog that fits perfectly into an urban lifestyle, In an apartment. The possibility of enjoying a fenced garden also suits you, but you should always be able to benefit from a shelter from bad weather.

The Tibetan Spaniel it is a social race that needs regular contact with its humans. They do not respond well when left alone for long periods of time. Having been developed as a companion dog by Tibetan monks, are emotional and empathic with the needs of their owners.

It is important to socialize him Tibetan Spaniel at a young age with a variety of people and situations. They are protectors of their family. Even after socializing, they tend to be distant with strangers. If you are scared or uncomfortable, a Tibetan spaniel will express mistrust with loud alarm barks.

Although it is not a particularly athletic dog, needs daily walks for physical balance, psychological and emotional.

The Tibetan Spaniel it is a strong and healthy dog. However, the breed is prone to a number of diseases, such as the risk of patella luxation, generalized retinal atrophy, urinary stones and persistent pupillary membrane.

The Tibetan Spaniel It is subject to 2 seasonal moults per year. During these, you are likely to lose hair extensively. Apart from the changes, its maintenance is still undemanding, but it should be done regularly.

It is recommended to brush the dog once a week outside the shedding periods and daily during them.. Special attention must be paid to the hygiene of the inside of their hanging ears to avoid possible infections. You can give it a bath every 3 or 4 months approximately, but it is not necessary to shear it.

The Tibetan Spaniel does not need a special diet. Not a very greedy dog. Like all dogs, a good quality diet is advised, adapted to his age, your health and exercise to keep you in good health.

The price of a puppy Tibetan Spaniel it will depend on the sex, the pedigree of the parents, compliance with breed standards, etc.

Coexistence is important that you have with your new friend. Before considering the acquisition of a dog of the breed "Tibetan Spaniel" you know certain factors. Not all breeds of dogs are apt to live in an apartment, You must take into account their character, their need for exercise, their interaction with other pets, your care and if you have young children, their level of tolerance towards them.