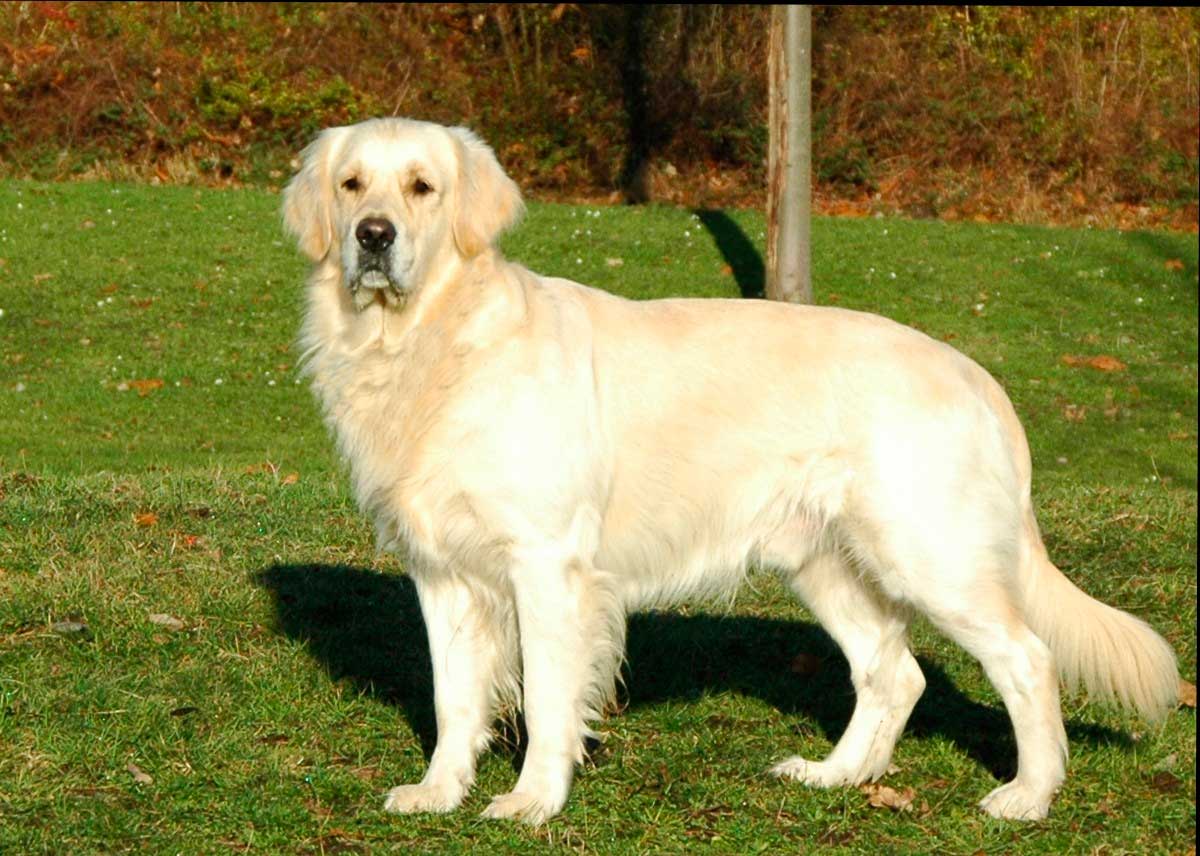 The Slovak Cuvac it's a good watchdog, faithful and very brave, always ready to fight intruders, even if it's bears or wolves.

The white mountain dog breed group is derived from arctic-type wolves, whose survivors remained from the pre-glacial era in the mountainous areas of Europe, as far as freezing limits reached. These areas are the mountainous slopes of the North Caucasus, the balkans, especially the Rodope mountains, the Carpathians, especially the Tatra, the slopes to the north of Abruzzo and finally the Pyrenees. In these cold and humid regions the mountain dog was introduced, also accompanied by ancient flora and fauna, which were still discovered by the Swedish researcher Wahlenberg in Scandinavia.. We can find a similar relationship with Nordic pets, for example, in Tatra regions in the Carpathians where the Huzul horse has as its predecessor the Gudbrandstal horse; in the same way, the Slovak Cuvac has an analogy with the pomeranian sheepdog. Slovak alpine cowboy activity has a very old tradition.

The Slovak Cuvac along with the mountain sheep, the Huzul horse and the typical mountain inhabitants constitute the basic economic conditions to take advantage of the pastures in cattle breeding. The Slovak mountains mostly belonged to the free people who were not subject to the servitudes of the Middle Ages; the people protected the country's borders and their task was only to make sheep cheeses. His institution was called ″ Wallach Alliance ″ (Vallasky belt), based in Kaschau until the abolition of easements. The members of this military and pastoral group carried out their services in the pastures, always accompanied by the typical surveillance dog. Tatra that also appear in many images. The Slovak Cuvac has shown his skills as a good caregiver, guardian and companion, as well as guide the flocks of sheep, to the care of the cattle and also in the pastures of turkeys and other domestic animals, as well as guarding various objects. Also the clients of the thermal stations who visited the alpine cowboys and who came to buy cheeses and other products, they looked with pleasure at these puppies covered in dense hair and bought them, taking this breed to lower places where it was often considered a luxury breed for its unique appearance.

In the Polish Tatra region, where there is a similar breed of mountain dog called goral dog, exceptionally strong specimens were commonly called "Liptauer", indicating its Slovak origin. In this way, It is also limited from the topographical point of view the region of the breeding of the Slovak Cuvac white. The genealogical record of the Slovak Cuvac was started in Czechoslovakia more than 30 years by Professor Anton Hruza of the Veterinary Faculty of Brünn. The initial material came from the Liptovska Luzna region, kokava, Vychodna from Tatrach and the surrounding area of ​​Rachovo in the Carpathians. The first hatchery was named ″ Ze zlaté studny ″ (from the golden well) and it was founded in Svitavy u Brna.

The calf in the Carpathians was called ″ z Hoverly ″ (the Hoverla). Since then, the Breeders Club of Slovak Cuvac is based in Bratislava where exact registrations are made and exhibitions are organized, judgments and powers that extend throughout the country. Other original bloodlines come from the Liptovské Hole regions, Velky Choc, buried, Martin, Jedlova and Jeseniky. The lines that have been extended further are Topas, career, Simba, Hrdos, Ibro, Cuvo, Ass, Dinar, Samko, Bojar, Olaf and others. Genetically the Slovak Cuvac can be characterized as a leuzistic mountain dog with a black muzzle, and to a lesser extent as a flavistico white dog with brown snout and lighter eyes. From the combination of the mentioned genetic types, in which the first is dominant, some variations in color tonality originate, pigmentation of the eyes, of the eyelids, of the muzzle, lips and mucosa. By means of a strict selection in the direction of the first type, judges and breeders achieved the rate required for the current standard and its stabilization within the hatchery area. The number of club members with bred and kennel dogs has reached as many as 200 in the last times. Since then, we have 800 live and registered dogs throughout the Republic. The quality of our upbringing of Slovak Cuvac it reflects, among other things, in the favorable judgment made in international exhibitions (Prague, Brno, Liberec, Bratislava, Leipzig among others) with intense foreign competition.

Shows the typical solid and solid appearance of mountain dogs. The bone is solid, the lively and vigilant temperament, fearless and attentive. The eyes are dark brown and oval. Ears are high and very mobile, of moderate length, hanging and almost attached to the head. The tail has a low implant and at rest descends to the hock. When the dog moves, he wears it curled on his back.

According to the tradition, only white individuals are selected to distinguish them at night from wild animals.

He is extremely faithful and brave and is always ready to face any harmful animal, still to wolves and bears. In order to differentiate it during the night from the wild beasts of the field, it is only bred in white color, this being an ancient tradition.

He is very affectionate with his owner.

Coexistence is important that you have with your new friend. Before considering the acquisition of a dog of the breed "Slovak Cuvac" you know certain factors. Not all breeds of dogs are apt to live in an apartment, You must take into account their character, their need for exercise, their interaction with other pets, your care and if you have young children, their level of tolerance towards them.