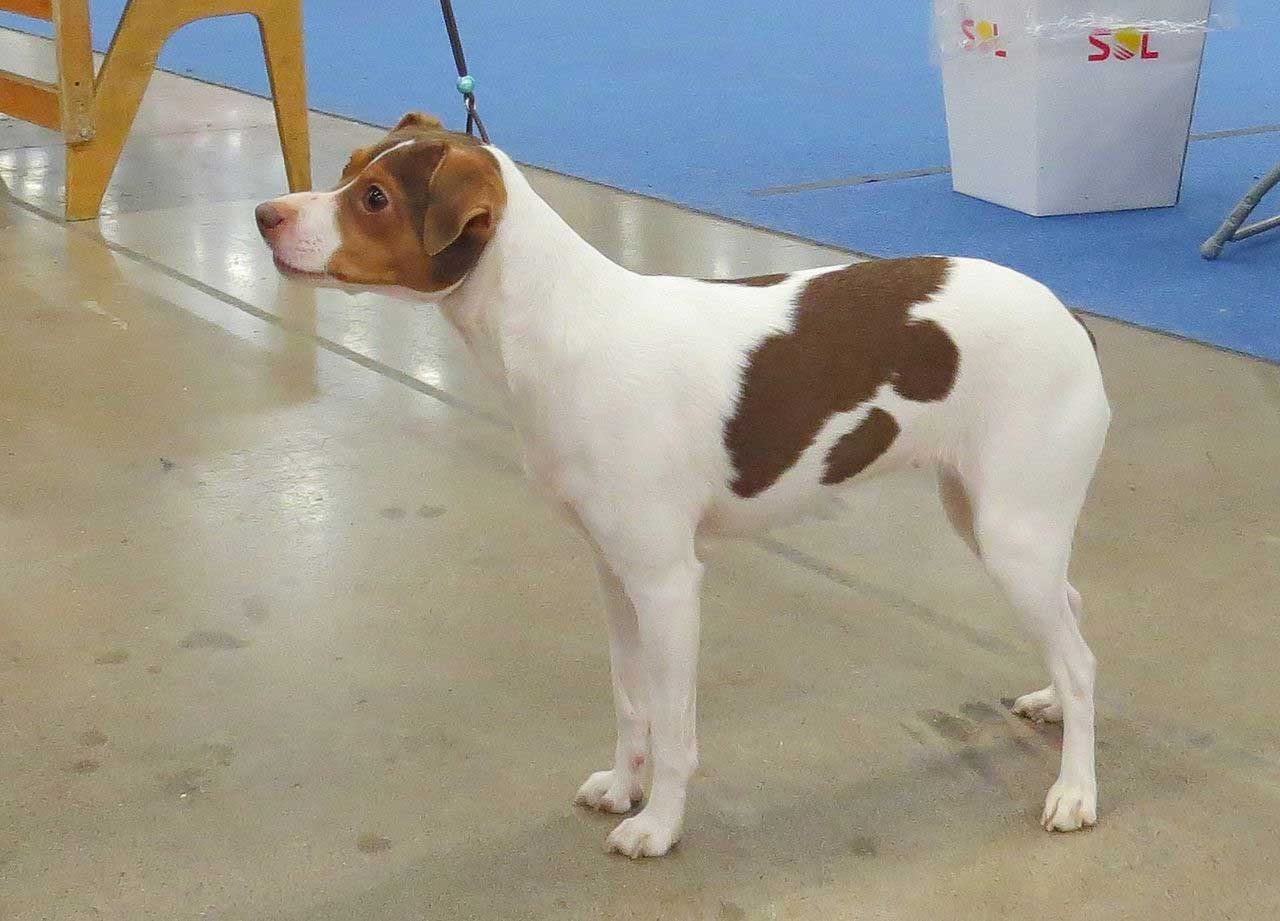 Due to his easy training and physical abilities, the Brazilian terrier in Brazil it is used as a circus dog.

Although the Brazilian terrier was originally from Brazil, his ancestors did not come from South America, but mainly from Europe. In the late nineteenth and early twentieth centuries, many Brazilian youths studied at European universities, especially in England and France. It was not uncommon for them to come home married and their wives sometimes brought small terrier dogs with them. These were mixed with the native males and females, so a breed of dog developed, whose members looked different and literally strange.

But in a few generations the phenotype of the Brazilian terrier. It is believed to be the result of crossing Pinscher, Chihuahua and Jack Russel Terrier.

By the way, the Brazilian terrier became familiar with the different living conditions in Brazil: At first families with their dogs lived in the countryside before being attracted to the big urban centers, that gradually developed. The Brazilian terrier used to serve primarily as a rat hunter. In the meantime, However, its field of application has been expanded: they are excellent guard and family dogs.

Selective breeding of this breed of dog, highly appreciated in Brazil but almost unknown in Europe, started around 1970. The Brazilian terrier was provisionally recognized by the FCI (Fédération Cynologique Internationale) in 1995 and from 2007 is completely included as a breed in the catalog of the largest cynological organization in the world. Bears the standard number 341 and is in the group 3 (terriers), section 1 (Large and medium-sized terriers).

The Brazilian terrier is a dog's size medium, slim and harmonious construction. Its square body with rounded outer lines is firm but not too heavy. The weight of an adult animal is a maximum of eight to ten kilograms. This applies to both males and females, although the height at the withers is different in both: While reaching 35 - 40 centimeters in males, it's just 33 - 38 centimeters in females.

Interesting and unusual is that Brazilian terrier have different tail lengths from birth: From a rudimentary stump on a medium long tail to a full tail, you can find the most varied expressions. This characteristic characteristic of the breed gives the Brazilian terrier an individual appearance and does not detract from its charm, on the contrary.

The dog also owes its special charisma to the small folded ears, as well as the big round blue eyes, green, brown, Bluish gray or reddish brown with an open and lively look. The head seems very expressive. It has a triangular shape and is wide at the base. The face narrows noticeably from the widely spaced ears to the tip of the nose. Due to the relatively distinctive groove on the forehead, seems thoughtful.

The short coat, smooth, fine and tight dog feels very nice, a bit like the hair of a rat. No underwear. Especially soft areas are found on the head, the ears, the bottom of the neck and the inside of the front legs. As a rule, a Brazilian terrier it's tricolor. The basic color is always white. It is flanked by black marks, blue and / or brown red, they provide a distinctive pattern. Over and over you hear and read that the Brazilian terrier has strong similarities to Fox Terrier. This is undeniable, but there are visible differences: the Brazilian's muzzle is much shorter and the body contours appear more rounded, while the body of the Fox Terrier is more angular.

The character of Brazilian terrier can be described, justly, as little complicated. Their social behavior is once again much better than that of other types of terrier. For example, the stubbornness of Russel and I shake it off Fox Terrier are much less present in South America. He is very friendly with the people he meets and in relation to contact with their owners, one can use terms like “loving” and “Tender”. Also with other dogs the Brazilian terrier usually gets along smoothly.

Like your relatives in the terrier family, the Brazilian terrier it is extremely spirited, and therefore active and lively. You could also say: a real brazilian. As a result, need plenty of exercise. He loves to accompany runners and hikers and frolic with children., but is content with fun adventures in the park without complaining. But please, pay attention to the variety: The dog finds both pleasure in ball games and recovery. It moves freely and elegantly. Typical are the short and fast steps.

The Brazilian terrier is considered a smart dog – but of course this requires a certain amount of activity, not just outside, but also inside the house or the apartment. Its high level of attention and the fact that it is initially reserved towards strangers, his above average barking often qualifies him as a watchdog. It is also worth mentioning the dog's ability to empathize in almost any situation..

In short, It is an excellent dog for home and family or social, which can be easily trained with a successful mix of gentle and patient guidance. Canine sports enthusiast (agility, fly-ball). In addition, gets along very well with horses, making it an excellent companion for horse owners. Thanks to his pleasant character, the Brazilian terrier also suitable as a beginner dog for people who have had little or no experience of active dog ownership to date.

Considering its origin, the Brazilian terrier is naturally used to tropical temperatures. For this reason it is recommended to give up the breed if you live in very cold and rainy climates.

Care and health of the Brazilian Terrier

The maintenance of Brazilian terrier it's comparatively easy. This is mainly due to the short, smooth coat without undercoat. The dog hardly loses hair, so it is also suitable for allergy sufferers who have to do without the four-legged friends of other races for health reasons.

Another positive aspect is that the Brazilian terrier they are particularly resistant to diseases and have a high life expectancy. On average, they live on 12 - 15 years. Only with respect to the ears is necessary caution: Dogs have what are known as slanted ears, which means that the ear canal is angled. This makes ventilation of the inner ear somewhat more difficult., which promotes the settlement of bacteria and fungi and significantly increases the probability of a dangerous ear infection. For this reason, the ears of the Brazilian terrier must be cleaned regularly and thoroughly. To do this, earlobes and special ear cleaners are used. These agents help loosen dirt and wax from the ear and, therefore, keep the quadruped healthy. Important: Never use cotton swabs. They would have a counterproductive effect.

Photo 2 and 7 are 100% NOT TERRIER BRASILEIRO. Photo 6 is questionable.