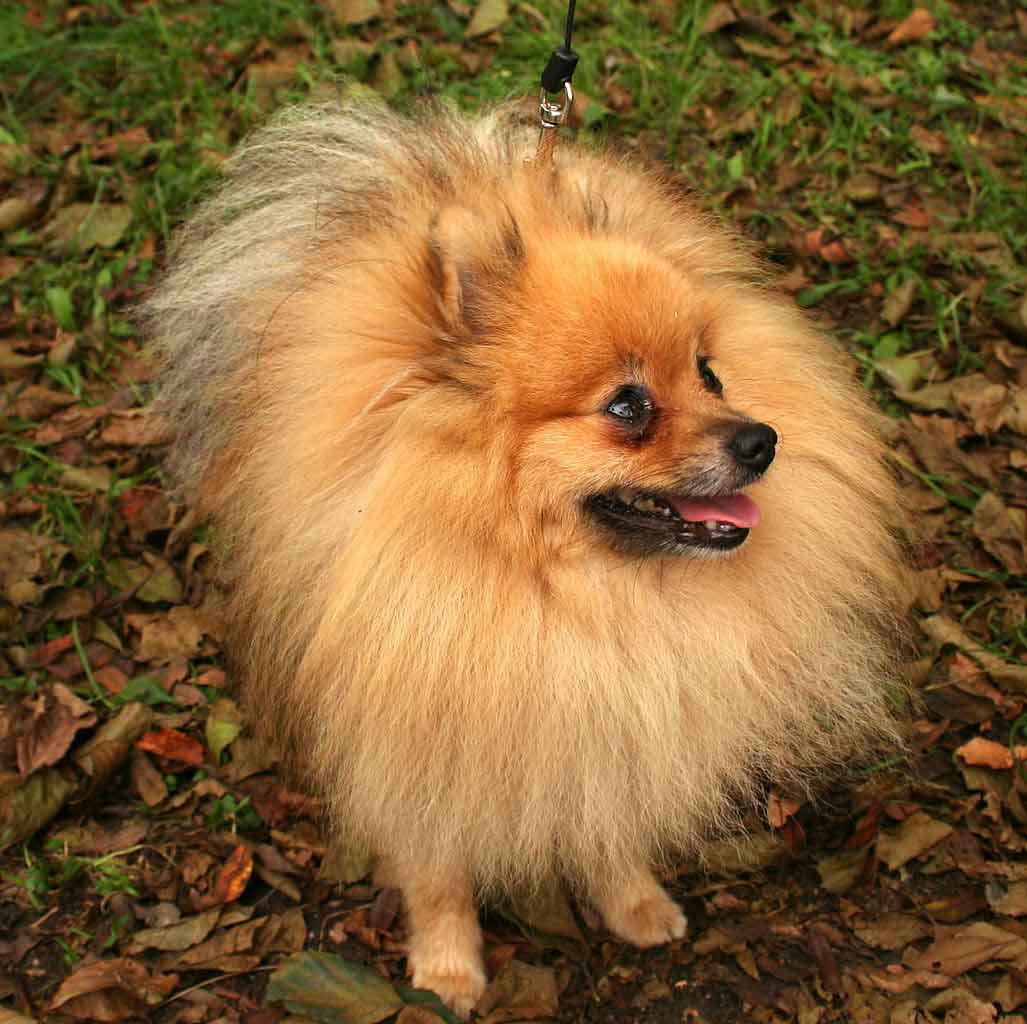 The Spitz it is one of the oldest German domestic dog breeds, although its origins are not completely clear. There is evidence that dogs Spitz lived together with humans ago 4.000 years. Due to its wide diffusion as a guard dog on farms and in the homes of the petty bourgeoisie it also found its way into literature and painting..

Especially in rural areas, a German Spitz was ubiquitous in the old days as a house and garden dog. Smaller Spitz were popular as lap dogs with ladies.

The popularity of the Spitz decreased so much in the recent past that it was declared an endangered breed of pet in 2003.

All the German Spitz, regardless of size or color, form a family and should have similar characteristics and a typical lace look.

The Spitz impresses with his beautiful coat. The abundant undercoat and long top coat, straight and outstanding give them their unmistakable appearance. Particularly striking is the strongly mane-like collar around the neck and the bushy, furry tail., that is carried boldly on the back. The fox-like head with quick eyes and small, narrow pointed ears give the Spitz its characteristic disturbing expression. The body of the Spitz is square.

A German Spitz has a reputation for being a talkative. In fact, the dogs bark a lot; for a guard dog, making a sound is a desirable feature, that today cannot be reconciled with all the neighbors.

A natural distrust, along with incorruptibility and loyalty, is inherent to German Spitz. This makes it predestined to be a watchdog that patrols its territory and reports suspicious incidents.. A German Spitz reliably stands up for the things entrusted to it. When not on guard, a is a very friendly and affectionate dog, sometimes a little possessive, who follows his humans closely and enjoys being petted. A German Spitz is generally regarded as a child.

The education and attitude of the German Spitz

With cheerful romp and docility, a German Spitzn is a dog that absolutely needs a task. Find your place as a working watchdog, but also as a companion and family dog. With a lot of positive encouragement and loving consistency, breeding is not problematic and can also be managed if you have little experience with dogs.

For a German Spitz be respectful of animals, must be weather resistant: The Spitz it just feels really comfortable outdoors, either with sun, rain or snow. It is an ideal companion for runners, riders and cyclists. He is also an agility sports enthusiast. As the Spitz only has a weakly developed hunting instinct, does not tend to go its own way when outdoors and is easy to recover. It is less suitable for intensive accommodation, especially because he likes to bark a lot. Similar to the Poodle, the spitz is available in different sizes, from the Zwergspitz (Toy or Dwarf Spitz) / Pomeranian to Wolfspitz / Keeshond. The best known variant is the Mittelspitz (Standard or Medium Spitz) with a shoulder height of 34-38 cm and weighing up to 10 kg. Apart from its format, the types do not differ visually.

Caring for the German Spitz

Surprisingly, the fluffy coat of the Spitz does not require much grooming. The hair is dirt repellent, so an occasional brushing is enough. In addition, a German Spitz it is very clean and cleans itself. Also in terms of health, the Spitz they are quite robust dogs.

Even today the Keeshond is known for his faithfulness and loyalty. 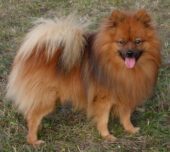 Although I do not necessarily suspect it at first glance, the large Spitz is also extremely robust and weather resistant.

The Mittelspitz is by nature a bit like the old guard dog.

The small Spitz is a loving and attentive dog, that is very people-oriented.