English Water Spaniel (Spanish water dog) It is a breed of dog that has been extinct since the first part of the 20th century, He was last seen in the Decade of 1930. Is of English origin.

He was very famous for his skill in hunting waterfowl and being able to dive like a duck. Described as similar to a Collie or a cross between a Poodle and a Springer Spaniel curly hair and was generally white with color stains liver or brown. "The name of"English White Terrier"it was invented and adopted at the beginning of" 1860 by a group of breeders willing to create a new breed of dog, inspired by the typical Terrier work but with a higher acuity of hearing. This premature intention was born later the Fox Terrier, the Jack Russell Terrier, the Sealyham terrier and, later, in United States the Boston Terrier and the Rat Terrier. The current documentation of this breed said to you have originated in the far East, mainly, in Japan. They also claim that the first English Toy Spaniel were seen in Europe - for the first time- during the 16th century.

While it is true that, mysteries abound in the canine world, It is known that the English Toy Spaniel shares common ancestry with the Pekingese and Japanese Chin. But the real success of these toddlers was born when they were given as a gift to European royalty, especially with his association with King Charles II of England (1630-1685), Although they have been linked with English royalty from the time of Mary Tudor (1516-1558). The Curly Coated Retriever (Curly, for friends) It is a breed of dog originating in England than, in the beginning she was raised for the hunting of waterfowl and mountain.

It is the largest of the Retriever (bailiffs) and is it easily distinguished from their colleagues by the soft mass of curls covering her body.

While it is true that much information on the origins of the breed there, Several experts of the Retriever dogs agree that the ancestors of the Curly include very old breeds and some already extinct as the "English Water Spaniel" breed (Spanish water dog). Within the ancestors who have copies currently are St. John's Newfoundland, English Setter and the Poodle or Caniche.

The Sussex Spaniel It is a breed of dog that belongs to the family of the Spaniel, and within this, to the section 7 in the classification of the FCI.

This Spaniel presents a strong and voluminous morphology. Large skull with a well pronounced stop, powerful muzzle with bite in scissors. Wide ears, falls and lobed and can sometimes present a distinctive Golden tone that sets apart them from the rest of the body. With a moderately long and slightly arched neck; in some cases it will present a double chin that must not be too large or pendant.

Forelimbs shorter and more robust of thick elbows and shoulders implanted low. Trunk almost to ground level and lengthened. slightly shorter than the previous hindlimbs, but just as muscular and strong. Abundant fur, smooth, lustrous and silky; with a sublayer that plays very well the role of thermal insulation. This is a race of one color is liver, but that gold at the tips of the fur is becoming. Meaning of the term Collie

The term Collie It refers to many dog breeds that have originated in Scotland and Northern England. The exact origin of the name is unknown. It is possible that it comes from:

The Shetland Sheepdog, for example, It is erroneously called Collie miniature, While aesthetically (with the exception of the size) they are identical, they are two different races… Although, We should not forget that, the most direct ancestor of the Shetland Sheepdog or "Sheltie" as usually nickname, is the Border Collie.

The high mountains of Scotland are the natural home of this breed. It is not known if you run Roman blood in his veins, but we do know that the Romans conquered Scotland in the 6th century to. C. Then, the Collie was known for his great abilities of grazing, capable of driving up 500 sheep at a time. Unlike the current Collie, I didn't have such long and beautiful hair. The Collie was crossed with Setter Irish and with the Borzoi, and from there he was getting the characteristics of today's Collie. William Shakespeare wrote about this dog, calling it Collied Ski. The first illustration of this breed dates back to the year 1790.

While collies have used this dog for a long time and since the beginning of the race, as ovejero dog, the different forms varieties were developed in England at the end of the 1800.

The ancient race Collie was referred to as Scottish Collie in the nineteenth century and beginning of the twentieth century. Scottish Collie were heavier than the current. Their modern ancestors were exhibited for the first time Scotch Sheepdogs (foresee Scots) in 1860, in Birmingham (England), in a dogshow.

In the 19th century, this breed was not known yet, but with the first dog shows, its popularity began to grow to their highest point. Today remains one of the breeds of dogs most popular. South Africa still used as pastor, but in this case, large flocks of ostriches, his sense of monitoring is very developed.

Lassie, the character of the television that popularized this race, is a Rough Collie.

Collie dog has two varieties. The first is the Rough Collie, more easily recognizable due to its wide use in films and television (e.g.: Lassie). This variety has pretty hair in neck, tail and legs. It has a double cover, with small hairs lining the body. The second variety is the Smooth Collie, It has two coatings but the outer coat is short and smooth.

Collie dog has long body in relation to height. Its height of cross is of 56 to 61 cm. the male and 51 to 56 cm. females. They weigh in 18 to 29 kg. He has Brown eyes, almendrada and slightly oblique way. Their ears are small and are played back, or forward when the dog is alert. The snout is long and flat, with black truffle. Its tail is long and abundant hair, and the fur is dense, hard to the touch, soft and bright if it is taken care of very well. It can be color caramel and white, tricolor or blue dark. This dog's life expectancy is of 12 years.

Healthy by nature, It is also known that he has very few known congenital problems. The most delicate part of the body tends to be your eyes, they should be frequently cleaned through a piece of absorbent cotton impregnated simply with warm clean water.

Known to be sweet and protective. They are easy to train due to her intelligence and innate please desire. They develop a very strong bond with their masters. They are excellent foresee dogs, good company for the family and other dogs. They are very loyal and faithful, but distrust of strangers if do not fall them well. They are also very playful and love to children. She loves to charge monitor children. It is sweet, good very attentive and vigilant: a suitable dog to leave a child in his charge. With babies is treated as a stuffed animal, and a baby can learn to walk if he grabs her hair. This dog will be careful to avoid it to fall. In addition, It will avoid that the baby will go with strangers.

On the beach, It will be devoted to monitoring the smallest, and if something happens, They cry or fall, do not hesitate to act. He does not fear nothing. It is not a scary or timid dog. In case of danger, defends the family. And it is able to stay a whole night warning, to pounce to lower noise. Every time that the members of the family discuss, It stands always because he hates disputes.

Before a rebuke sometimes it can be susceptible, and away to a corner to grumbling. But if the owner gets to look for him there is nothing spiteful: jump to your arms. It is active and disciplined. You must be educated with affection and without resorting to force.

There are many breeds of dog with ancestry in Collie, as for example, to get an idea…:

According to the type of fur have born different lines of Collie, among them are: 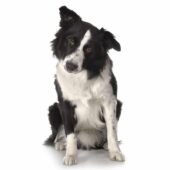 The Border Collie It was developed in the Read more

Collie Barbudo is an energetic dog. They need exercise and homework to do, How to care for children.

The Bearded collie is one

The Smooth Collie It is a breed of dog developed originally for herding. It is a variety of the Read more

It is a very sweet and affectionate dog, maybe a little shy.

The Rough Collie is one of the … END_OF_DOCUMENT_TOKEN_TO_BE_REPLACED The English pointer It is a dog of great kindness and loyalty to its owner and docile.

The English pointer, Dog shows or Perdiguero, It is a type of dog traditionally used in England.

Originated in the 17TH century, When some English began the breeding of hunting dogs that are adecuasen to the practice of this sport with shotgun. The first canine exhibition held in England only supported Pointer or Spaniel breeds dogs. The Field Spaniel is a breed of dog, medium-sized, originally from England. It is one of the Spaniel can serve as hunting dogs.

It is a race of ancient lineage, which is related with the Cocker Spaniel, with which it shares a common origin. In 1892 both varieties separated, becoming different races.